By: Mariah Norell
In: Variety
With: 2 Comments 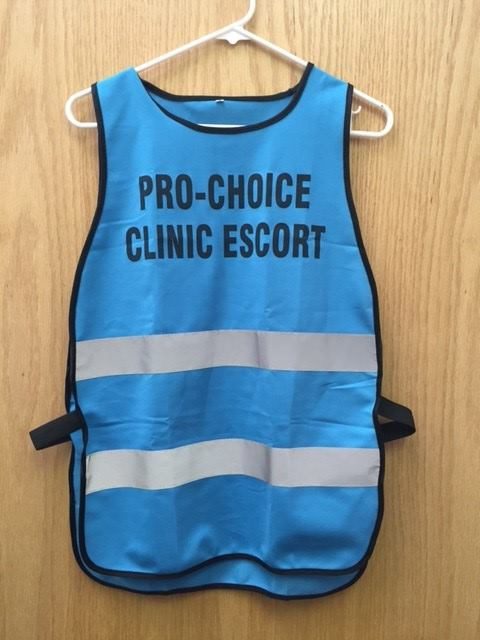 One block off Broadway on First Ave. N. in Fargo is the Red River Women’s Clinic. The unassuming white building is home to the only abortion service provider in the state of North Dakota. Every autumn, the building is easily spotted as it is targeted by an international pro-life campaign.

40 Days for Life will gather outside of the clinic to pray, fast, and hold peaceful vigil from 6:00 a.m.-10:00 p.m from Sept. 27 to Nov. 5 as part of their global mission to end abortions. In order to protect their patients, the RRWC seeks volunteers from the Fargo-Moorhead community to escort their patients on Wednesdays, the only day of the week that they provide abortions.

“We have asked the community to provide a volunteer core of escorts,” said Tammi Kromenaker, the clinic’s director since its opening on July 31, 1998. “You don’t have to necessarily be pro-choice…we just want our community to show that people who are against abortion aren’t the only people in the community.”

The RRWC advocates for and provides women’s reproductive health services and sees patients from North Dakota, South Dakota and Northwest Minnesota each year. The clinic sees the majority of their patients on Wednesdays, as 95 percent of the clinic’s provided services are attributed to abortions. Kromenaker said that the RRWC provides birth control options as well. The clinic is not Title X funded, and therefore cannot directly dispense contraceptive pills or patches, but the staff can make referrals and write prescriptions for patients upon request. Above all, the RRWC staff strives to provide their patients safe, compassionate, and respectful care.

As the only abortion provider in North Dakota, the RRWC is subject to frequent and large protests by pro-life activists and organizations, but Kromenaker shared that the need for escorts was not crucial until 2007. To protect their patients, the RRWC reached out to the community for assistance.

2009 Concordia graduate Kera Beskin was one of the first volunteer escorts to respond. Beskin said she had witnessed protesters acting and speaking inappropriately toward the patients entering the RRWC. She called Kromenaker and asked how she could help the community. The RRWC had just launched the escorting program. Beskin became an avid volunteer for the remainder of her college career and is credited for the original design of the escort vests, on which she used stencils to spray paint the letters “RRWC” and “clinic escort”.

“I saw a problem in my community and thought, ‘This needs to stop and I want to do something about it,’” Beskin said. “It was so gratifying to call someone and immediately have an action. That doesn’t always happen.”

Beskin is not the only Cobber to volunteer at the RRWC. Many students at Concordia are motivated to volunteer around the community, among them sophomore Emily Mastin. A group of students in her women’s and gender studies course went to the RRWC as a part of their activism project, for which they participated in an escort training session and volunteered on a Wednesday.

“The training was pretty straight-forward,” Mastin said. “The staff told us to make it a peaceful place and if a protester got really close, you had to ignore them.”

The RRWC holds escort training quarterly and those dates are most easily found through their Facebook page. Kromenaker explained that it is not mandatory to attend an escort training session to become an escort. She encourages members of the community to reach out via email or phone for information about agreement forms and the escort manual.

The most crucial element of escort training, according to Kromenaker, is teaching escorts to not engage with the protesters. The job of an escort is to provide a safe environment for the patients as they enter the clinic.

“We have a non-engagement policy,” Kromenaker said. “This is not an opportunity to debate folks. If a volunteer starts interacting with the protesters, the lead escorter will ask them to leave.”

As 40 Days for Life fast approaches, the demand for escort volunteers will rise. Kromenaker encourages members of all ages to escort at the RRWC. Students, mothers, grandparents and children have participated, and Kromenaker hopes that the RRWC continues to see high numbers of volunteers.

“It’s a really positive experience,” Kromenaker said. “A lot of people might be scared and think it’s too confrontational … but you are there to let the community and patients know that when they see those blue vests, they know that these are folks who support the clinic and the women seeking services here.”