By: Abby Sharpe
In: Sports
With: 0 Comments 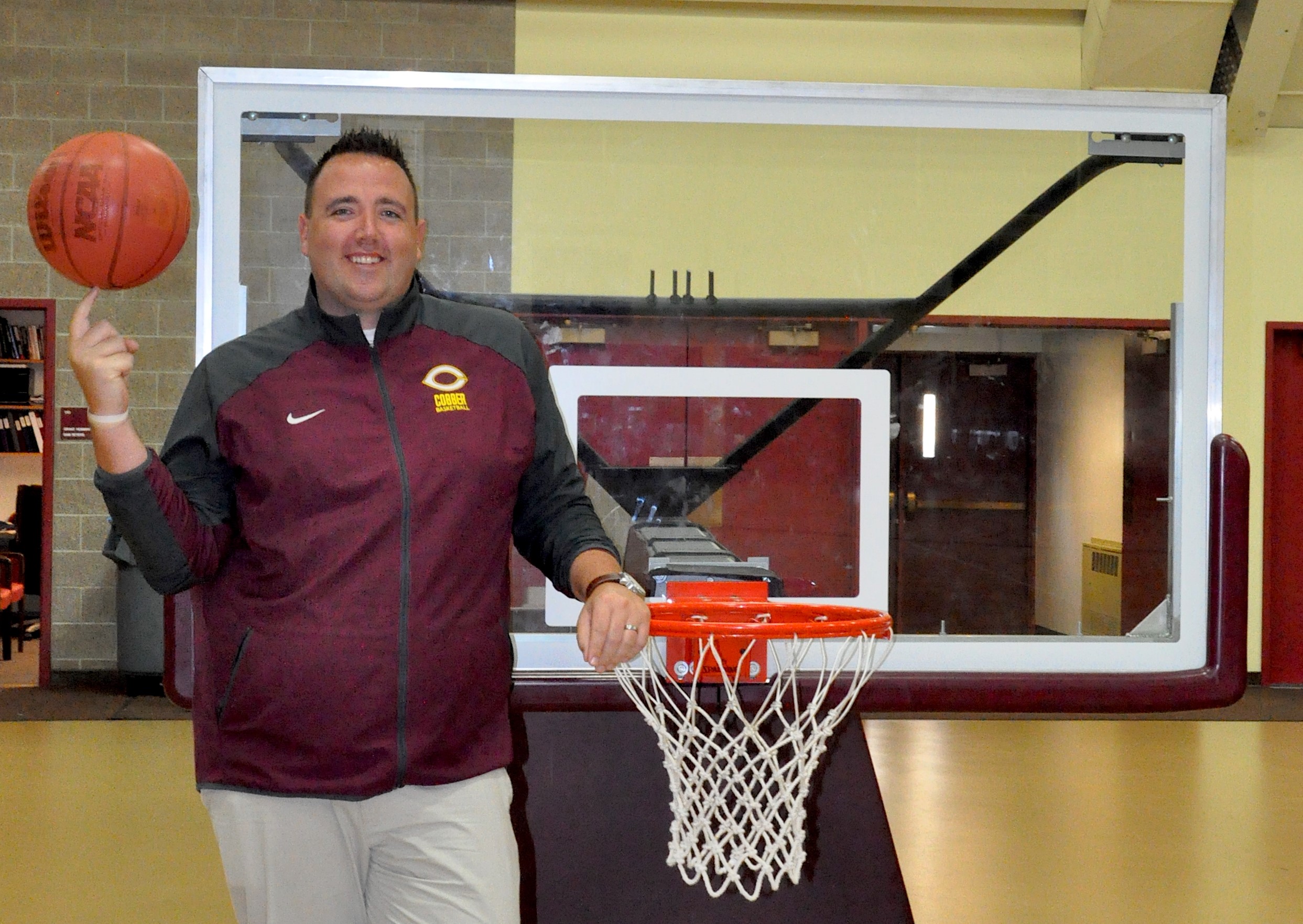 After nine seasons, Concordia welcomes a new era of men’s basketball this fall. Former assistant coach Grant Hemmingsen has been appointed as Rich Glas’ successor to the head coach position.

Following four years as assistant coach to Glas, Hemmingsen feels well prepared for the role. While it is hard to say goodbye to his role model, Hemmingsen looks forward to beginning his dream job.

“It’s bittersweet to see him go, but he prepared me in the best way possible,” Hemmingsen said. “During my four years here I’ve learned the Concordia way, and am very excited Coach Glas found me to be the right guy for the job.”

Prior to coming to Concordia, Hemmingsen coached at Division II Kentucky Wesleyan College for three years and at Minneapolis Southwest High School for two years. His time in Minneapolis was also spent coaching at Tubby Smith basketball camps at the University of Minnesota.

Glas is not the only one who believes Hemmingsen to be the right fit. Senior captain Austin Heins is also excited about the decision.

“I’m very glad to see the position stay within the program,” Heins said. “It makes any adjustments we have to make much smoother. Going into our senior season it’s great to have someone around who knows the program and understands the players.”

Although Hemmingsen is following in Glas’s footsteps, he is prepared to make this program his own. Beginning this preseason, Hemmingsen challenges his players with two-a-day practices involving lifting, cardio, and skills drills.

“We’ve got a lot of work to put in this preseason to get us where we need to be come October 15, when practices officially start,” Hemmingsen said. “It’s going to be a really fun year, but we have to put in the work now to be where we want to be come the postseason.”

Heins recognizes the hard work Hemmingsen expects from the team during the preseason.

“It’s been a real grind but we know this is what we have to do in order to be the best we can be and reach the goals we hope to accomplish this year,” Heins said. “Top six teams make it to playoffs, and come the postseason that is where we hope to be.”

Hemmingsen has surrounded himself with a new coaching staff to help him accomplish his goals for this year. Hemmingsen brought in new full-time assistant coach Sam Peters, who joined the program on May 1, as well as Lewis Grant to coach the junior varsity team and develop the team’s young talent. Also joining the program is assistant coach George Hemmingsen, father of head coach Hemmingsen.

Peters joins the Concordia staff after coaching at Minnesota State University, Mankato. The past three years Peters was also coach of the u-17 team for the D1MN Rise program. Previously coaching at Bethany Lutheran College as lead assistant coach and junior varsity coach, Peters was also involved in the Amatuer Athletic Union in Minnesota as a coach and co-director.

Peters was selected for the position out of over a hundred candidates. Following a phone interview, Peters was invited to meet and discuss the position with Coach Hemmingsen. After spending the day on campus, Peters had the opportunity to meet other coaches, including Ben Schneweis, Joe Christianson, and Christina Jost as well as interim athletic director Rachel Bergeson.

“The moment I was offered the position, I accepted. I knew this was a place I wanted to be. It’s a big family on this campus,” Peters said. “Coach Grant and I get along great. While he is definitely a talker, I’m more straight to the point. We balance each other out.”

“Change is hard, but we’ve got some great coaches around to keep us focused and make us better through these times of adjustment,” Heins said.

“We’ve got four great leaders in our senior class this year. They were one of the first groups of guys I had my hand in recruiting,” Hemmingsen said. “They are a great representation of what our team is. They are vocal leaders and embody what we hope to achieve this year.”

The team opens the season Nov. 15 at home against Minnesota-Morris.