By: Emilee Moeller
In: Featured, News
With: 0 Comments 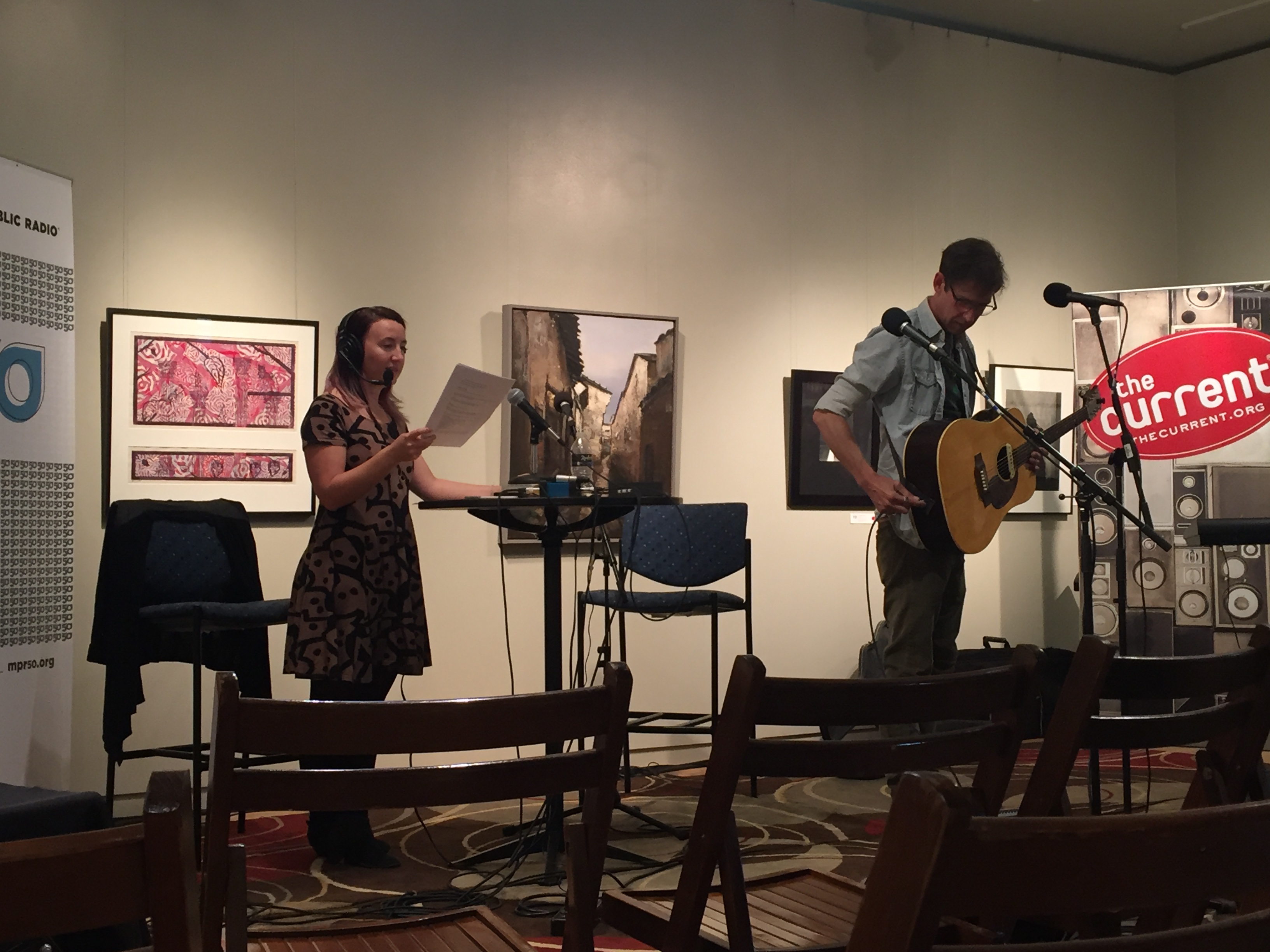 Minnesota Public Radio fans from across the region celebrated MPR Day in Moorhead, Minnesota, at the Rourke Art Gallery and Museum this past Tuesday, Sept. 28. The Moorhead event was the last stop in a series of statewide city tours celebrating MPR’s 50th anniversary.

“There is a lot going on in Fargo-Moorhead,” Booth said. “Our live broadcasts on MPR News, Classical MPR, and The Current [reached] a big audience who [heard] first-hand about the issues, arts, and culture that shape this community.”

Dan Gunderson is MPR’s news correspondent in the Fargo-Moorhead area.

“There are many interesting issues in Moorhead and the surrounding region, which are of interest to MPR listeners and readers not only here, but around the state and beyond,” Gunderson said.

Gunderson has worked for MPR for 30 years, all out of the Moorhead bureau. As someone who has been in the field for three decades, Gunderson has witnessed the evolution that radio has undergone through the years. Stories that in the past were only heard by a radio audience, are now accessible to a wide audience to listen to or to read via mpr.org and social media.

“Digital technology has certainly changed how reporters work, as well as expanding the reach of stories,” he said. “Editing audio on a laptop or smartphone makes it possible for reporters to file stories more quickly and from a variety of locations … I look forward to seeing how evolving technology will change how news is gathered and distributed. I’m certain Minnesota Public Radio’s commitment to quality journalism will remain constant.”

According to Dr. Don Rice, a professor of communication studies and theatre art and the director of the multimedia journalism program at Concordia, MPR’s involvement on Concordia’s campus has included streaming chapel services and providing internship opportunities at the station.

One notable alum of MPR’s past internships at Concordia is National Public Radio correspondent and host, John Ydstie.

“I think [Ydstie] is really interested in all of Concordia’s integrative learning,” said Rice. “And I think he certainly believes that what allowed him to be successful at NPR just coming right out of college was the liberal arts background.”

Ydstie has won multiple awards through his work with NPR, including the George Foster Peabody and the Clarion Award.

“MPR being on campus has had a strong influence on [Ydstie]; that’s a success story for them.” said Gunderson.

Minnesota Public Radio is closing the year-long celebrations of its 50th anniversary with an open house on Oct. 12 at MPR’s Moorhead bureau in Concordia’s Welcome Center, as well as the Bring the Sing community singing event in Concordia’s Centrum on Oct. 14th.