By: Karissa Chouinard
In: News
With: 0 Comments 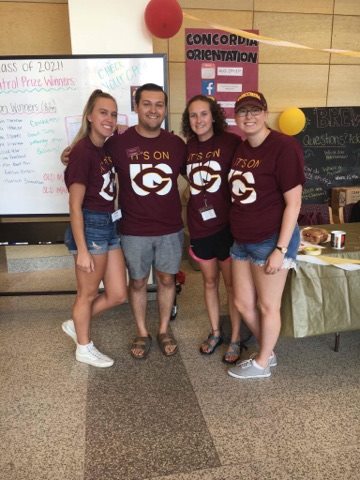 On Sept. 22, Secretary of Education Betsy DeVos followed through on earlier promises to change Title IX policy by officially withdrawing the 2011 and 2014 Dear Colleague Letters. Despite these changes, Concordia’s Title IX team will continue to follow their usual procedures in dealing with sexual assault on campus.

In her Sept. 7 speech regarding Title IX policy, DeVos criticized the Dear Colleague letters for their apparent inability to follow due process and promised to replace the system with a more equitable one. She expressed specific concern for those who might be falsely accused of sexual assault.

“We will seek public feedback and combine institutional knowledge, professional expertise, and the experiences of students to replace the current approach with a workable, effective, and fair system,” DeVos said in her address.

If DeVos does release new guidelines under Title IX, schools must comply in order to receive federal funding.

Peggy Torrance serves as Concordia’s Title IX coordinator and oversees Concordia’s sexual misconduct policies and procedures. Although DeVos’ rescission of the Obama-era guidelines allows colleges to operate outside of the previous adjudication system, she has yet to provide a new set of instructions for handling sexual assault. Concordia’s Title IX team will continue to process complaints as instructed in the college’s sexual misconduct policy (which follows the guidelines set forth by the Dear Colleague letters) in the meantime.

“There haven’t been any changes,” Torrance said. “Students can still share their concern anonymously online, they can connect with a confidential resource, such as the counselors, pastors or health services, or they can connect with a member of the Title IX Team. We are most focused on supporting students who have experienced sexual assault.”

Despite this support, DeVos’ recent and proposed actions have sparked concern among many students. As a major in political science, sophomore Natalie Siede identified several harmful aspects of DeVos’ rhetoric.

“As an extemporaneous speaker I analyze political issues using credible sources from both sides of the aisle as well as ones that are more moderate, and I’m always keeping on top of news stories. When I heard about the withdrawal of the Dear Colleague letters I was worried,” Tooker-Kirkevold explained. “To my knowledge, Obama’s administration was more focused on affirming the experiences of victims of sexual assault. And now, without the letters, there is going to be a lot of ambiguity, a lot of confusion.”

While both Tooker-Kirkevold and Siede worried over the procedures of other colleges without the Dear Colleague guidelines, they were pleased with Concordia’s efforts thus far.

“I hope Concordia keeps up its maintenance of the processes that we have in place here,” Siede said. “Compared to the national average it’s decent. Reminding our students of these policies might be reassuring.”

However, Siede hopes that Concordia will make information on policy more available to students and vocalize their expectations more often. She also hopes that students will educate themselves on the matter beyond orientation week, when all first-year students are required to attend dramatic dialogues addressing issues like college party culture and sexual assault.

“We go to the orientation seminar and it’s not quite enough,” Seide said. “I’m not even completely read up on our policy. The way that they’ve made common knowledge worked to destigmatize has been helpful and I would hope that they would continue to work to that end more.”