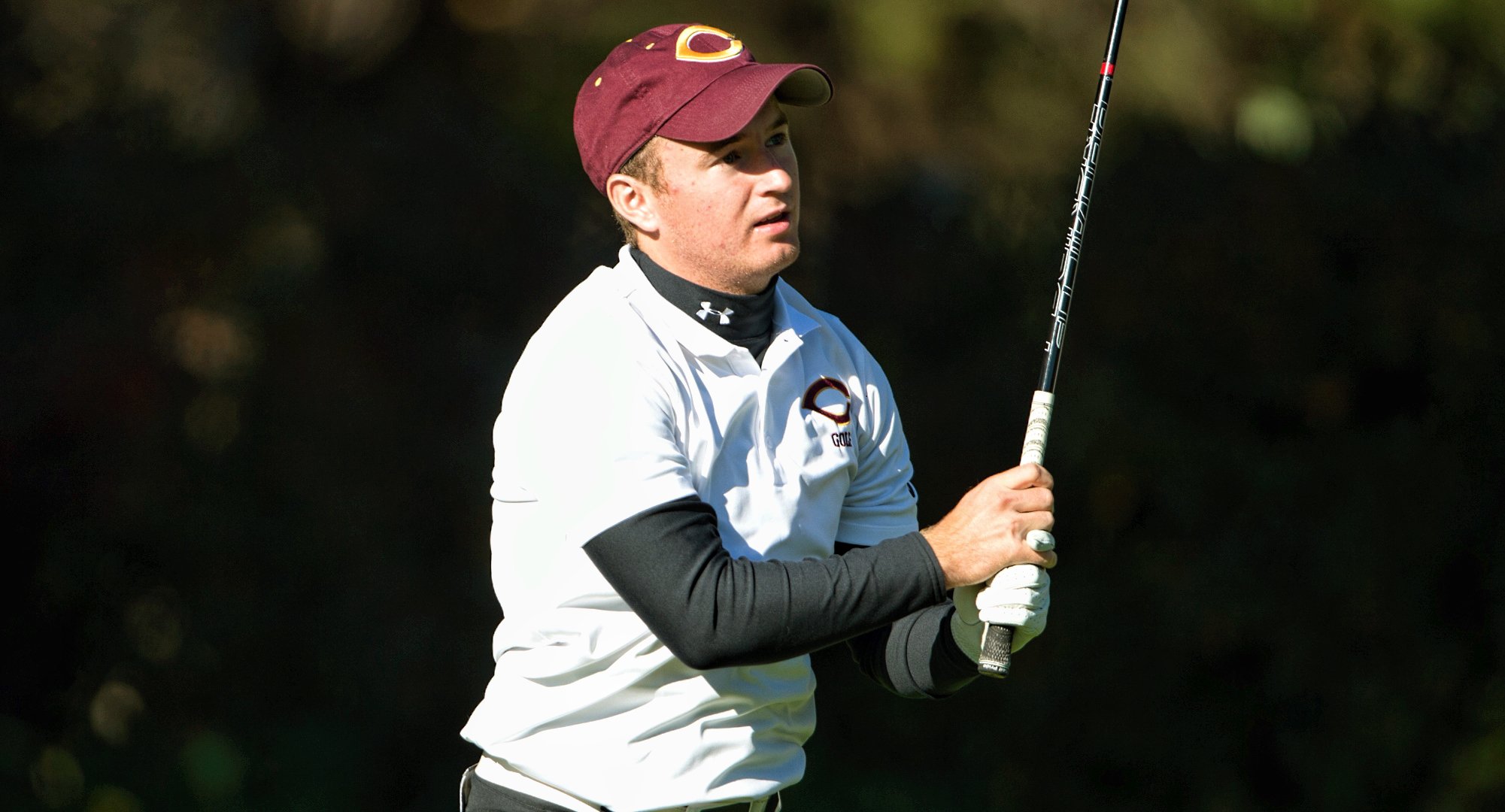 On Oct. 2nd, the 2017 team finished their fall season down four shots per round from last year. Head Coach Joe Christianson was pleased to see the performances of the team this season.

“They work hard all summer, and we saw significant improvement in each of the guys coming into this year. Our top five guys can vary day-to-day and we need that to be competitive,” Christianson said. “They get along really well and push each other to get better.”

Gage Stromme, transfer student in his second season with Concordia, shot in the 70s five rounds in a row this fall, the first Cobber with that accomplishment. Stromme believes team chemistry plays a large role in the success they have found.

“Every golfer on this squad knows that his teammates have his back on and off the course,” Stromme said. “We’re competitive best friends and we want the best for each other.”

All top five golfers will be returning next season: junior Nathaniel Kahlbaugh and sophomores Blake Kahlbaugh, Jared Lind, Aaron Ryback, and Gage Stromme. With the accomplishments achieved this season, Christianson sees potential for the next season.

“We have the capability to win a MIAC championship,” Christianson said. “We just have to do it every day. We need to take advantage of scoring opportunities and minimize the mistakes we make.”

Kahlbaugh also looks forward to the potential this team has for the upcoming season.

“We have a good chance to win the MIAC next year,” Kahlbaugh said. “We just have to be consistent and involved throughout the summer.”

“In the summer I try to get in two rounds a day almost every day,” Kahlbaugh said. “It’s time we have to take advantage of to improve.”

Christianson urges his players to stay involved throughout the summer through tournament opportunities.

“I encourage our guys to compete in tournament golf all summer to up their competitiveness and skill,” Christianson said. “We have a quick season, so our guys have to be ready to go when they get back from the summer.”

Team chemistry is the root that pulls this team together. With such a quick season, each player has a responsibility to put in time to get better during the off season.

“I’m not worried about my teammates during the offseason because I know that they will be dedicated to improving their game, which will show in the upcoming season just like it did this fall,” Stromme said. “Lots of good things happening here and it’s only going to get better.”

With fall season finished, the team is waiting for spring season to play a few more tournaments before summer break. Spring tournaments are utilized to stay competitive with the other MIAC teams, but do not count towards conference play or NCAA qualification.

“Spring tournaments are a good measure to see where everyone could be at come next fall,” Kahlbaugh said.

Once the courses close this winter the team will utilize facilities in the area to stay in swing while they wait for spring to arrive. Facilities including Golf Addiction, a golf simulator, and the Sports Bubble, and indoor driving range. They have four tournaments this spring that will lead them into the summer. The dates and locations for spring meets have yet to be decided.