By: Brady Drake
In: College, Sports
With: 0 Comments 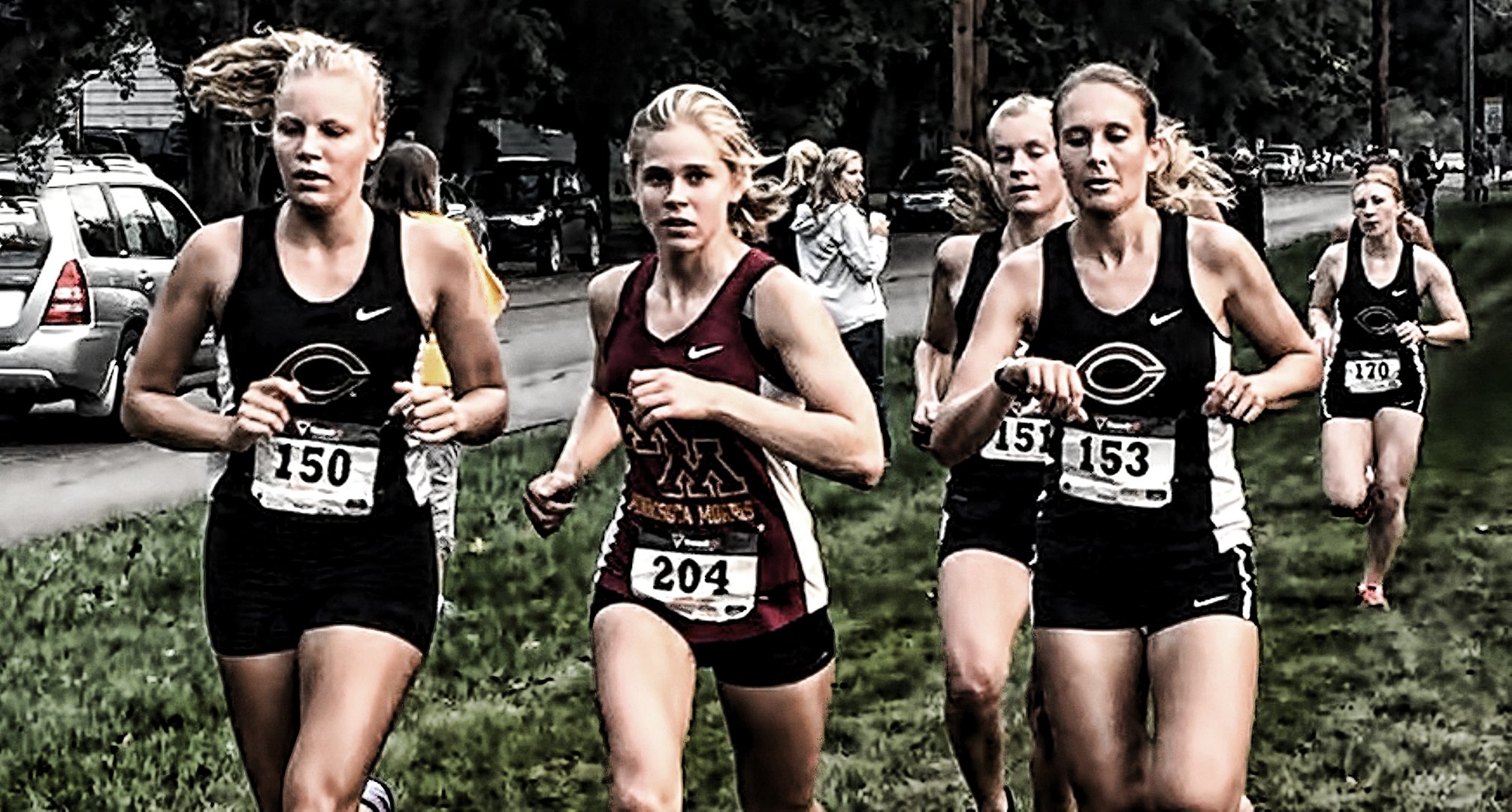 Though temperatures have dropped below the freezing point, Concordia’s Cross Country teams are still running. To the average person, it may seem like they never stop running. While this is partially true, most cross country athletes are logging miles nearly every day of the year, there is an end to the cross country season. For the Men’s and Women’s cross country teams, that end, November 11, is fast approaching.

Concordia’s cross country teams travel together, they eat together, they support one another, and their coaches, Garrick Larson for the men and Marv Roeske for the women, work closely together. Both teams finished ninth at the MIAC championship, which was held this past weekend at St. Olaf. The similarities between the two teams are noticeable. There is hope for the future of both the men’s and women’s teams since there are two established top runners returning next season for both teams.

All season long, the top two runners for the women’s team have been sophomore Kara Andersen and junior Brianna Gruenberg, though their positions relative to one another have gone back and forth. So far this season, Gruenberg has finished first on the team four times, while Andersen has finished first three times. At the conference meet, Gruenberg was the team’s top finisher, taking 32nd, while Andersen finished 36th.

“We don’t have a frontrunner right now and you need those types of top 10 finishes if you want to place high in the conference,” Roeske said.

Though neither Andersen nor Gruenberg finished in the top 10 at the MIAC meet, they still have time to develop. In fact, Grueneberg already has a history of success at the conference level. This season was the first that Grueneberg hasn’t claimed an All-Conference honorable mention at the conference meet. In both her freshman and sophomore years, she was able to claim the honor by finishing in the top 25 at the meet.

“Either one of us is okay with either one of us succeeding,” Andersen said. “But obviously my goal is if I can beat Bri, that would be great, but if I can’t, it’s not the end of the world. We’re competitive, but not in a hateful kind of way.”

Gruenberg appreciates her teammate and the competition she provides as well.

It has been so fun having someone on the team who is so close in pace who I get to race with each week,” Gruenberg said. “It doesn’t matter who finishes before the other, because no matter what, we are proud of our teammate and happy for their success. It is also fun getting to push each other to be the best that we can be, whether it is during workouts, at practice, or during a race.”

Though the top two runners are returning for the women’s team next season, they will be losing five seniors, Sarah Curran, Olivia Hamilton, Kaley Hedberg, Maria West, and Erica Hauf, who have been key contributors this season. Andersen chooses to remember the good times.
“I think my favorite thing we do is that we go to DS [Dining Services] together after practice,” Andersen said. “You just get to know them outside of running.”

Though she’ll get to keep her training partner.

“Bri isn’t graduating so that’ll help me a lot,” Andersen said. “Bri and I are pretty good training partners.”

The men’s team has a similar situation. Their top two runners, Eric Wiklund, sophomore, and Munir Isahak, freshman, have finished first and second on the team in nearly every meet this season just like Andersen and Gruenberg, but Wiklund has finished behind Isahak just once.

Though both Isahak and Wicklund have been leading the pack this year, they’ve had to do most of their training on their own since they both work during the season.

When they are together, much like Andersen and Gruenberg, they don’t let their competitive sides get out of control.

“There’s no animosity between us,” Wicklund said. “If he beats me he beats me and if I beat him I beat him. It’s just really fun to have someone that every week you don’t know who’s going to come out on top.”

Isahak actually appreciates having someone to chase and Wicklund, who finished 19th at the conference meet, gives him that.

Larson wants more out of his team, but he knows they’ve put in a lot of work.

“You’re always hoping for a higher MIAC finish, but I couldn’t have asked more out of my guys this year,” Larson said. “We really ran right at our top capability at the MIAC Championship. They’ve done everything asked of them and logged many long and lonely miles over the summer. Many of those guys have run close to 800 miles since the start of cross country this fall, and over 1,500 miles since the end of track last spring. Some people won’t drive their car that far in the same three months.”

2017-11-02
Previous Post: Students miss opportunities due to poor communication
Next Post: Ross’s Reasons: Your betting guide to week 9 in the NFL