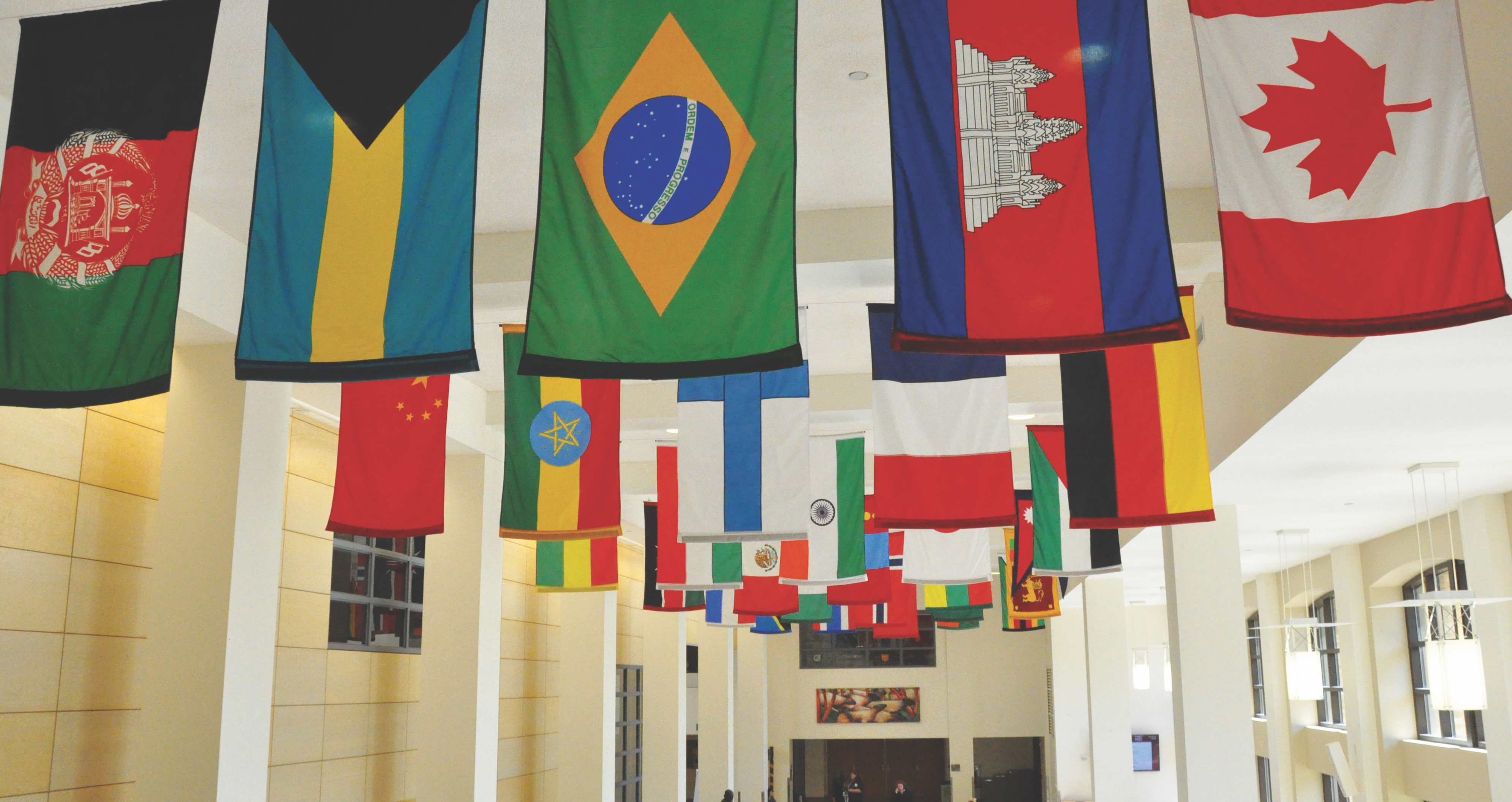 This coming Saturday, Nov. 18, students will have an opportunity to explore the cultures of their classmates as Concordia’s International Student Organization hosts its annual festival.

Senior Ehi Agbashi, president of ISO and one of the event’s coordinators, said that she and others have put in much hard work and effort towards the International Student Festival. Historically, the event has attracted anywhere from 70-100 guests, though coordinators hope for even more attendees this year. Agbashi made a point to say that domestic and international students are equally welcome to attend.

“We’ve been working on this since the first week of school,” Agbashi said. “The only problem we’re having is with getting the wider campus community involved because they think it’s only for international students.”

Agbashi said that guests in attendance could expect a wide variety of food along with musical and dance performances. Additionally, students can participate in a “flag fashion show” where international students fly their home country’s flag and have the option to don traditional clothing.

“We have not finalized our performances yet, but so far we have an Ethiopian dance, Nepali dance, a performance from MSUM, the flag/fashion show and, potentially, a Norwegian dance,” she said.

Upasana Gurug, a first year global studies and biology major from Nepal, will be performing a traditional Nepali dance with two other students from her home country, along with another from Vietnam. For Gurug, the performance has provided a place for her to reconnect with her classmates.

“My group members and I have been practicing a little bit now and it’s really fun to be around them. They make me feel a little bit at home and I love talking to them in my home language just to remember that I don’t have to always speak English,” Gurug said.

The dance will also serve as a way for her to both preserve and assert her cultural identity.

“I think part of the reason that I’m doing it is to get the feeling that I am still a Nepali even though I live in a society that is so different from the one that I came from,” she said.

Gurug is also eager to share her culture with domestic students who might have limited knowledge of Nepal and its people. She said that she and her group mates chose an older, more traditional song and dance in order to present an authentic representation of Nepal.

“In traditional Nepali dance, you use a lot of your hand movements and you try to relate the lyrics through your body postures,” she said. “It’s likely that domestic students don’t know what our dances look like, so it’s important to show them or they wouldn’t ever know if they liked them or not.”

Both Agbashi and Gurug felt that the event would be an excellent opportunity to explore diversity and get to know students from different backgrounds.

“It’s one of the only campus events that showcases the little diversity we have on campus,” Agbashi said. “And, it’s a way for domestic students to interact with international students outside of classes.”

Mia Stranberg, a senior Spanish and communication studies major, agreed with Agbashi’s sentiment and is thankful that one of her professors in the language department had told her about the event.

“I think these international events are important because it helps people outside of the  language programs to discover other cultures. It also helps connect us to more of our student body,” Stranberg said.

Unfortunately, the event will overlap with Concordia Theatre’s production of “Fiddler on the Roof,” as well as Nepali Night at MSUM. But despite the festival’s conflicts with events on and off campus, Gurug said that she hopes her fellow students will take this opportunity to push past their comfort zones and share in the celebration of cultural difference.

“As human beings, we’re comfortable in whatever we have, but it’s never too late and it’s always very exciting to explore different cultures,” she said.