Tintinnabula to perform first handbell concert of the year 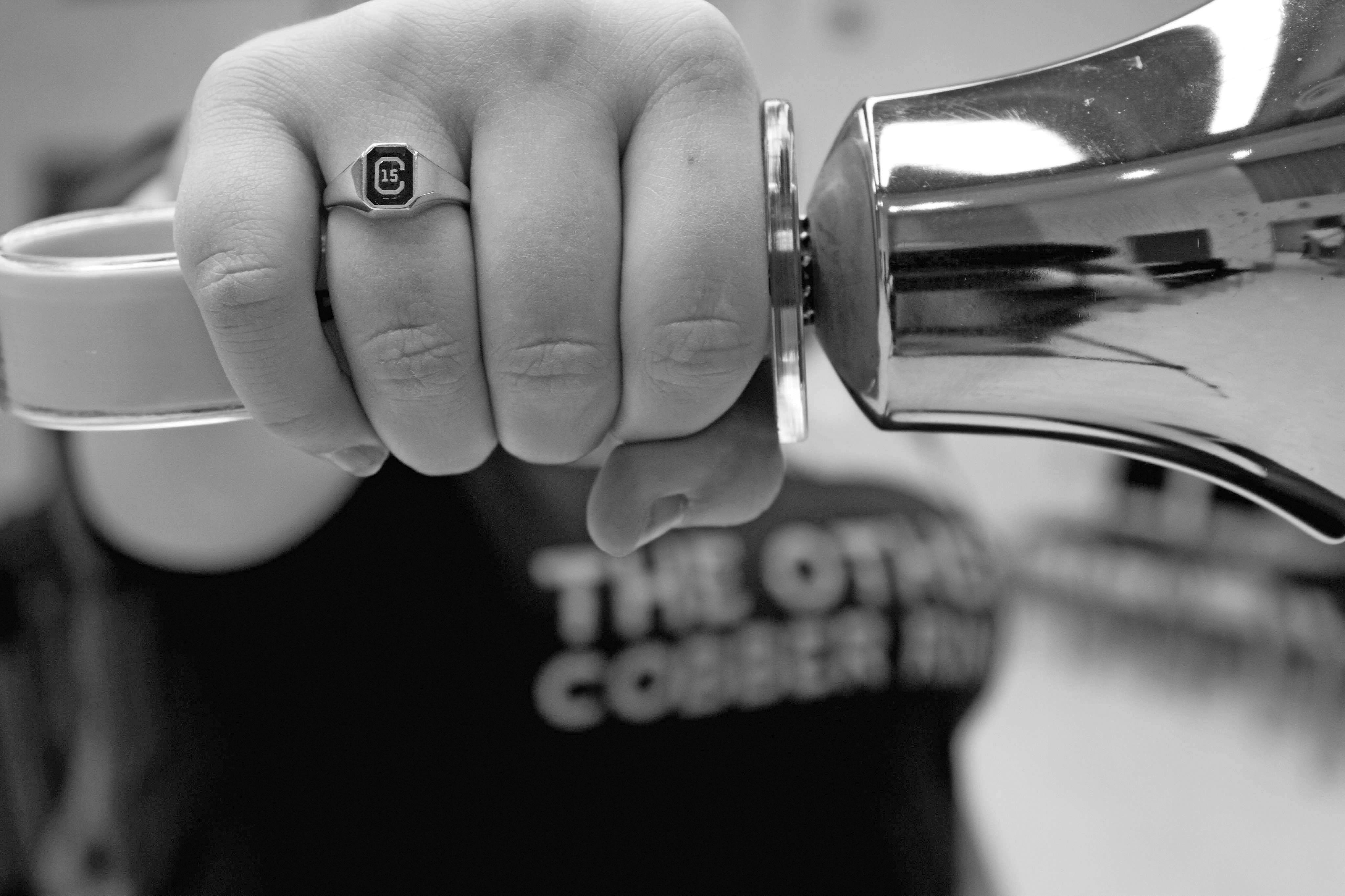 Concordia’s handbell choir, Tintinnabula, will have their first performance of the school year on Thursday, Nov. 16. Jessica Westgard Larson, who directs the group of ringers, has been involved in the group since she was a student at Concordia.

“Concordia started its bell choir my sophomore year, so I played in the group for the first three years, then I started directing another church in town, and did a few other things and then took over,” she said. “I think it had been in existence for 12 years before I came in.”

Tintinnabula typically consists of 13 to 15 students. Senior Liese Peterson is one of them.

“Before my freshman year, there was enough interest to have two choirs, but the last four years there has only been enough people for one choir,” Peterson said.

Due to the shrinking numbers, Tintinnabula has eliminated the need for auditions and revamped their entry requirements.

“At the beginning of the semester we have an interest meeting that takes the place of the audition. Jess gives a general overview of what handbells is like, and then we sight-read some things, just so Jess can get a feel for the abilities of the group,” Peterson said.

While most of its members are involved in at least one other ensemble at Concordia, Tintinnabula is open to music majors and non-music majors. Sophomore Maddie Harvala, a political science and global studies major, joined Tintinnabula after playing in a handbell choir at home.

“I played in the handbell choir in my church for like 2 or 3 years, which was a three-octave choir and this is five, so I was kind of scared, but it worked out fine,” Harvala said.

Peterson also had experience with handbells before joining Tintinnabula, and the opportunity to keep ringing was part of her decision to come to Concordia.

In addition to the concert on Thursday, Tintinnabula has multiple performances over the course of the school year, including the annual Christmas Concerts.

“We play in the hallway kind of by the ticket booths both here and in the Twin Cities,” Westgard Larson said. “Then we do a separate program in the spring, one on campus, and then we typically do a little weekend tour.”

Their repertoire consists of about seven to eight pieces for the first concert, five or six for Christmas, and closer to 10 pieces for their spring program.

“We’ve been working on this Christmas music since the beginning of the year,” Harvala said. “Basically, it’s familiarizing yourself with a part just like any ensemble.”

Tintinnabula rehearses twice a week for an hour and a half on Tuesday and Thursdays nights.

“We don’t really stop for an hour and a half we just keep rehearsing different pieces,” Harvala said.

Like any other ensemble, Tintinnabula is a way for students to relieve some stress.

“Handbells is a really nice breather from all of the crazy that is college, and it’s a time I can forget all of that, and enjoy making music with a whole bunch of awesome people,” Peterson said. “Every rehearsal is fun and it’s one of the highlights of my week.”