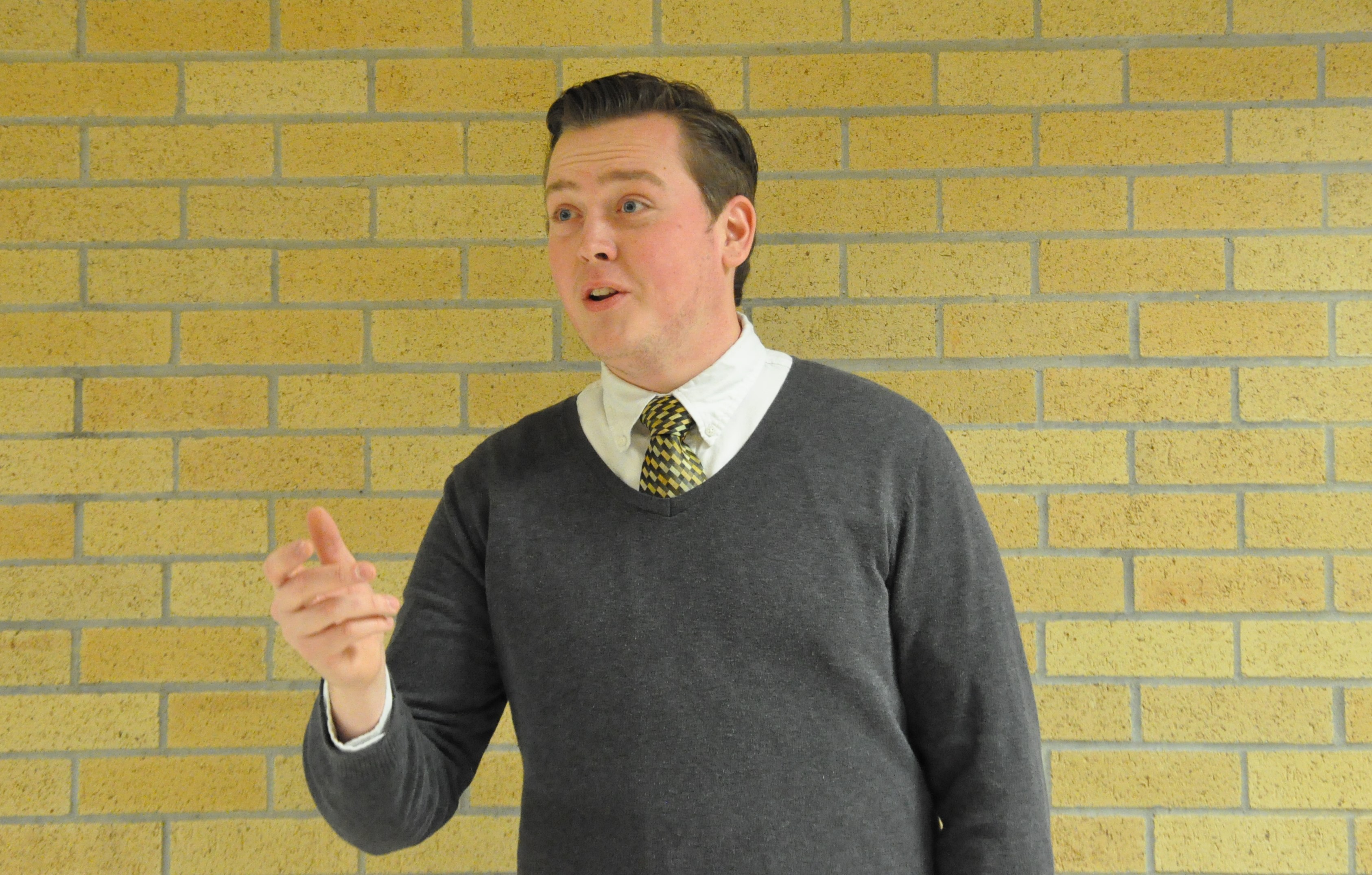 If you were to walk the rows of practice rooms in Hvidsten Hall of Music on any given afternoon, you would likely hear the tenor voice of Logan Barat carrying through the corridor. Barat spends countless hours every week perfecting his craft; recently, all of his practice paid off.

Barat, a senior vocal performance major and member of the Concordia Choir, was selected as one of two winners at the North Dakota-Manitoba District Metropolitan Opera National Council Auditions on Oct. 28. Along with 16 other winners from districts across the United States and Canada, Barat will advance to the Upper Midwest Regional Finals in St. Paul on March 25.

This was Barat’s first opera competition.

“Let’s say I did go to the regionals and I did move on, I would go to New York for the semifinals and then if I happened to make the top half of that I would sing in the grand finals concert which is a live stream. It’s on television, it’s crazy,” Barat said.

In the weeks leading up to the competition, Barat had to prepare five arias to showcase his artistic ability and character. At the competition he chose one to perform, and a second was selected by the panel of judges.

Barat’s voice professor, Peter Halverson, went with him to the competition.

“In my 35 years of teaching, this is only my third time I’ve thought of entering someone,” Halverson said. “After Logan sang, I thought ‘He’s going to win this thing.’”

While Barat is heavily involved in the music program at Concordia, singing has not always been a part of his life.

“I sang a little bit when I was younger but then I didn’t sing at all in high school until the very end of my junior year of high school when I auditioned for a musical for the first time. I played violin, I was the concertmaster of my orchestra in high school, and I was the head percussionist,” Barat said.

After being involved in musicals during his last two years of high school, Barat decided that he wanted to become a singer. He came to Concordia College without a voice scholarship.

“I auditioned for that and I didn’t get a voice scholarship at all and honestly I wasn’t that good,” Barat said.

“It’s been amazing, I think Logan has grown in four years as much as any student ever and he’s one of our hardest workers … he has grown so fast, and in these last couple of years he’s really taken off,” Halverson said.

Senior Tyler Eliason, who sings with Barat in the Concordia Choir, has watched Barat grow as a musician since their freshman year.

“His passion is astounding. You probably hear this from everyone, but the biggest success with Logan is his perseverance and practice,” Eliason said. “His singing has grown leaps and bounds, specifically from sophomore year to junior year, and has grown exponentially to this year.”

“All of his accomplishments are because he has worked so hard. Freshman year, he lost out on a lot of performance opportunities, but now he is proving himself and singing very well,” Eliason said.