Wrestling off to strong start 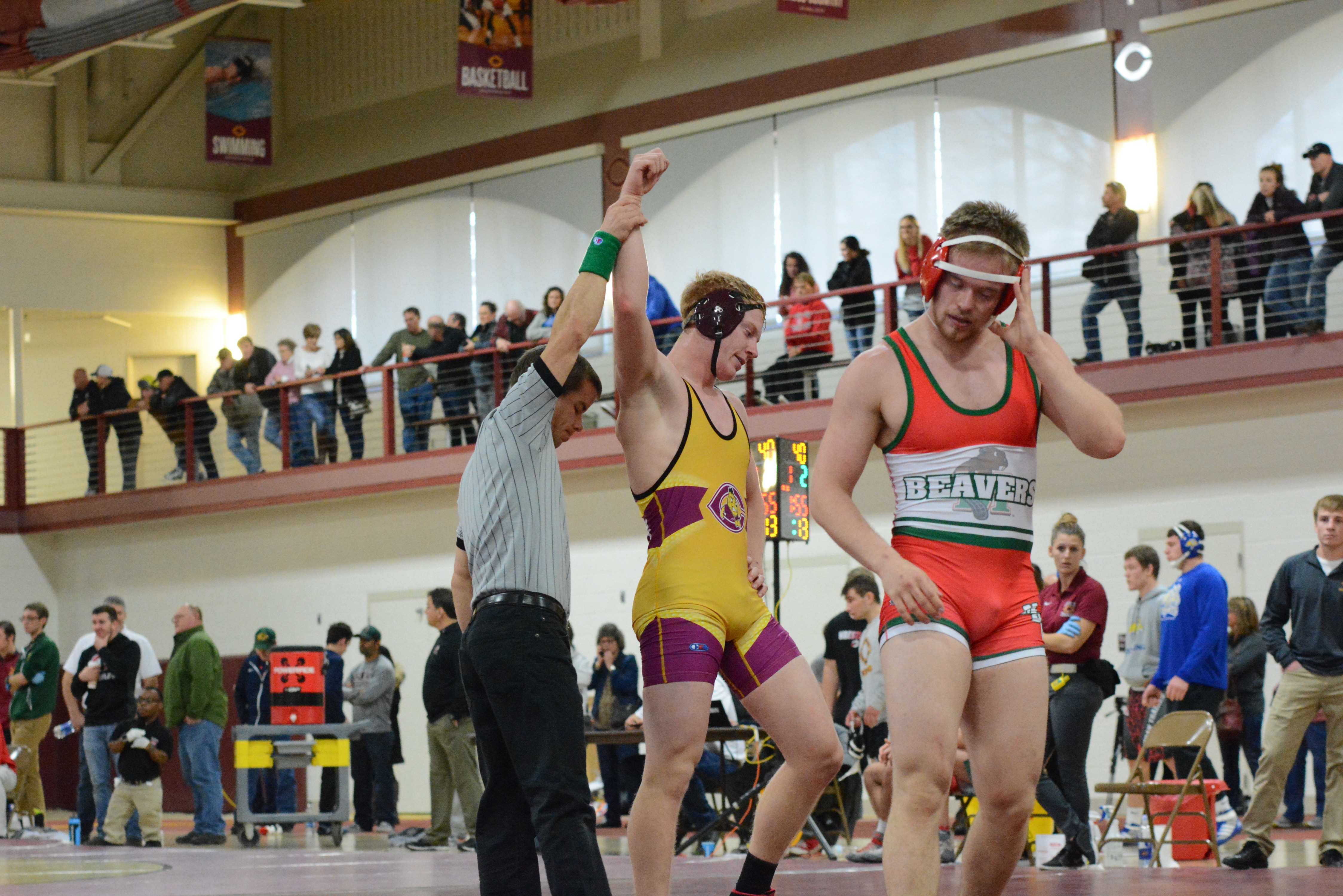 For many, Thanksgiving is a time of celebration, and the members of the Concordia College wrestling team went into Thanksgiving break with some early season success to compliment their holiday cheer.

The Cobbers opened their season with a 22-18 win over Minnesota State University Moorhead on Nov. 14, then placed seven wrestlers in the top-four finishers of their weight class at the Finn Grinaker Cobber Open in Olson Forum on Nov. 18.

The Cobbers have won eight straight dual meets against MSUM dating back to 2011. These previous successes spurred motivation, according to head coach Phil Moenkedick.

“It’s a belief thing,” Moenkedick said. “We’ve been successful against them for so long, eight years in a row now, where they go into those matches knowing what’s going to happen if they wrestle hard.”

The Cobbers won six of ten individual bouts against the talented MSUM team. Four bouts were finished by decision, while one was finished by major decision, and one ended with a pin fall by senior Aaron Dick who recorded the only pin fall on that day.

At the Finn Grinaker Cobber Open, the Cobbers found success across the board in varying weight classes and divisions.

In the Maroon Division, an underclassmen division, Cobber freshmen found success as well. Ethan Kimber finished second in the 197-weight class, the highest finish for a Cobber that day. Tony Struntz, 157-weight class, and Bryce Kallenbach, 285-weight class, brought in third-place finishes for the Cobbers.

Moenkedick said that these open meets are used to measure improvement and find consistency.

“We don’t get too caught up in where did we win, where did we lose,” Moenkedick said. “We look at the things our guys are implementing individually that they’re being successful with and what are some areas that we are struggling with and need to go to work on.”

Moenkedick hopes to see his upperclassmen maximize their skills this season while his younger wrestlers find their niche within the college world of wrestling. The Cobbers have nine freshmen on roster this season.

Senior Jake Johnson has high expectations for himself and his teammates.

“As a team we expect to give 100 percent athletically and academically,” Johnson said. “Effort is our main focus, because only you can control your effort.”

With a seasoned upper class, and a talented freshman class, Moenkedick finds leadership throughout the whole of this team.

“We’ve got plenty of leaders to choose from,” Moenkedick said. “Our young guys are just as much leaders as our older guys in terms of how committed they are.”

“We’ve come up a little short of our team goals the past few years, but it has been really encouraging to see how well our freshman have come in and competed hard in the room and in our first few tournaments and dual meets,” Presler said.

Moenkedick has high hopes following last season, in which the Cobbers finished second at the NCAA West Regional Meet and qualified six individuals for the NCAA national meet.

Being that it is Moenkedick’s second season as head coach for the wrestling team, he hopes to utilize his relationships with athletes to find success.

“From a relationship standpoint, it’s a big part of how we run our program. Our athlete-coach relationships are always really good,” Moenkedick said. “I feel like I’ve settled in this year and can pinpoint the areas I want to focus on.”

Presler looks forward to the upcoming challenges of the season.

“We’ll have a few good tests heading into Christmas break, and then in the second semester we will really see where we stack up against other teams in the region,” Presler said.

The Cobbers will compete this Saturday, Dec. 2 at the University of Wisconsin-La Crosse. The next home meet for the Cobbers is Friday, Dec. 8 against Northern State.