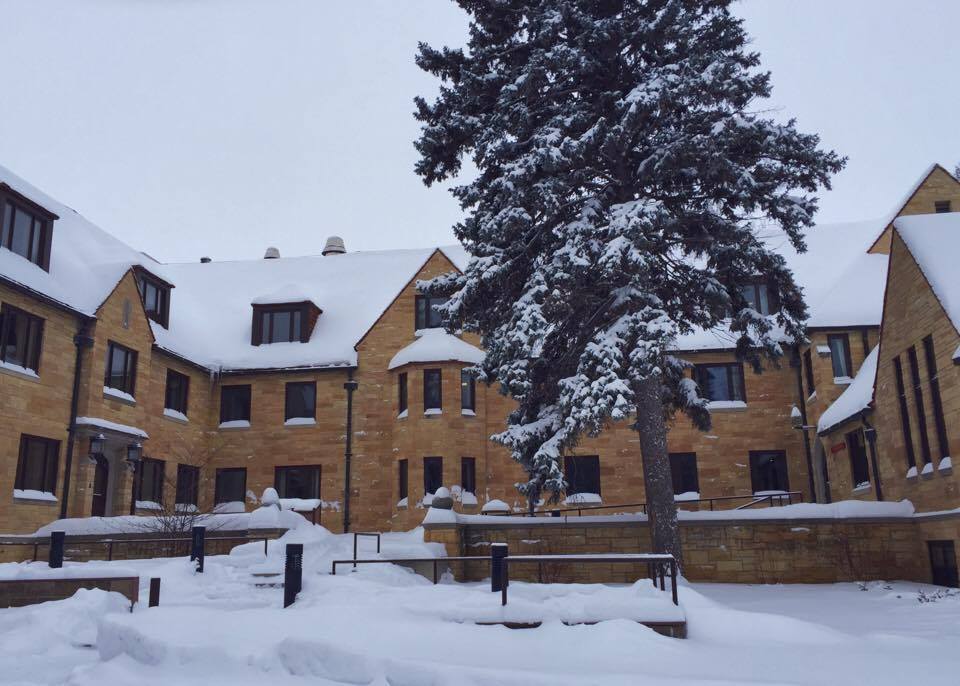 Residence Life is continually making changes to on-campus housing options, and the 2018-19 school year promises big ones. Fjelstad Hall will become a dorm again, and along with the townhouses, will be coed for the first time. The Sexuality and Gender Inclusion floor in Park Region Hall will be expanded to two floors, and there will be additional community floors for students of color, termed Communities Advancing Racial Equity (CARE).

Mikal Kenfield, director of Residence Life, oversees the changes and is always looking for opportunities to make on-campus housing inclusive and comfortable. This year, Units 3, 6, and 7 of Brown Hall are closed for renovations and updates. With these renovations in mind, it was important to keep options for men and women equal.

“We had an interest in providing similar options for men and women, especially considering the path with Brown,” Kenfield said. “It’s been four years since Fjelstad was used as student housing, and as part of the process we’re gutting walls, refreshing and refurnishing everything, and repainting.”

Fjelstad has been used for classrooms and offices during the construction of the Integrated Science Center. The newly renovated Fjelstad will also include a few student lounges and a potential Credo floor.

“We’re still working out the details, and the breakdown is uncertain,” Kenfield said.

The Sexuality and Gender Inclusion floor first began in fall 2017 as a space for students who do not identify with the traditional gender binary or are a part of the LGBT+ community. Students who want to explore and learn more about gender and sexuality may also live on the floor.

According to the Concordia MyHousing website, the CARE community floors “were created to give students of color a housing option to live in close proximity with peers who share similar identities, as well as get involved as campus leaders. The goal of these floors is to provide a network of support and combat the racial isolation that can occur on predominantly white campuses.” The female CARE floor will be in Livedalen and the male floor will be in Erickson.

“I think it’s good. If you’re a girl and have mostly guy friends, it might be difficult finding roommates and vice versa. This would make it easier for those to live in these areas,” she said.

“Being on the east side of the building, I am able to see the sunrise and more than just a parking lot. I also like the open floor plan,” she said.

But the options for on-campus housing were not always this varied.

According to the college archives, Bishop Whipple was the first building on campus in 1882, and was used for a variety of purposes, including classrooms, offices, and dormitories. In 1892, Academy Hall was built, and in 1893, North Hall was built (later to be replaced by the Bogstad apartments). These were the only three dorms on campus until 1938, when Fjelstad Hall was built as an all-women’s dormitory. Over the rest of the century, other dorms were added, with Brown in 1947; Park Region in 1956; Livedalen, Hoyum, and the East Complex in the 1960s; Bogstad East and Bogstad Manor in the late 1970s and 1980s; the Boe-Olsen apartments in 1996; and the most recent addition, the townhouses, in 2004.

Intervisitation hours between men and women began in the 1950s and 1960s with Sunday afternoon open houses. These rules gradually became more relaxed over the following years, but intervisitation hours did not completely end on campus until the fall of 2015.

Though these regulations may seem restrictive today, it did not stop students from enjoying their residence halls. College archivist Allison Cassell, who graduated from Concordia in the spring of 2017, lived in Livedalen for two years.

“It was a really great building to live in because it housed a wide variety of people who were interested in a wide variety of subjects. We also had some pretty great people running the events, which made living there really fun,” she said.

Even after the elimination of intervisitation in 2015, campus did not feel that different, Cassell continued.

Though the changes over the past few years have been rapid, from the elimination of intervisitation hours to the addition of special community floors and other renovations, Kenfield says she has not received much backlash as a result.

“Most often, it’s the parents who might have attended Concordia that are surprised when they hear certain halls are coed. Once in a while, we do get an occasional request for an all-female building, and it’s important to keep in mind a student’s background and culture,” she said.

Housing sign-up for the 2018-19 academic year ends this month. While the options for on-campus living might seem overwhelming and roommates even more so, Kenfield tells students not to worry.

“You can make anywhere a good living experience,” she said. “Go in with a plan, but be open and stay flexible.”

“If you’re unsure of where you want to live, take a look at your interests. It’s really nice to be close to the buildings or groups you’ll spend most of your time with. If you’re unsure about your roommate, just try to spend time together. You may end up making a lifelong friend,” she said.

Students can fill out a housing application until Jan. 31, with room selection following in February and March. To apply for the Sexuality and Gender Inclusion floors or the CARE floors, login to MyHousing and follow the instructions. Housing sign-up and more information can be found online at cord.edu/studentlife/residence-life or in the Residence Life office in Academy Hall 110.