For Ellingsons, hockey is a family affair 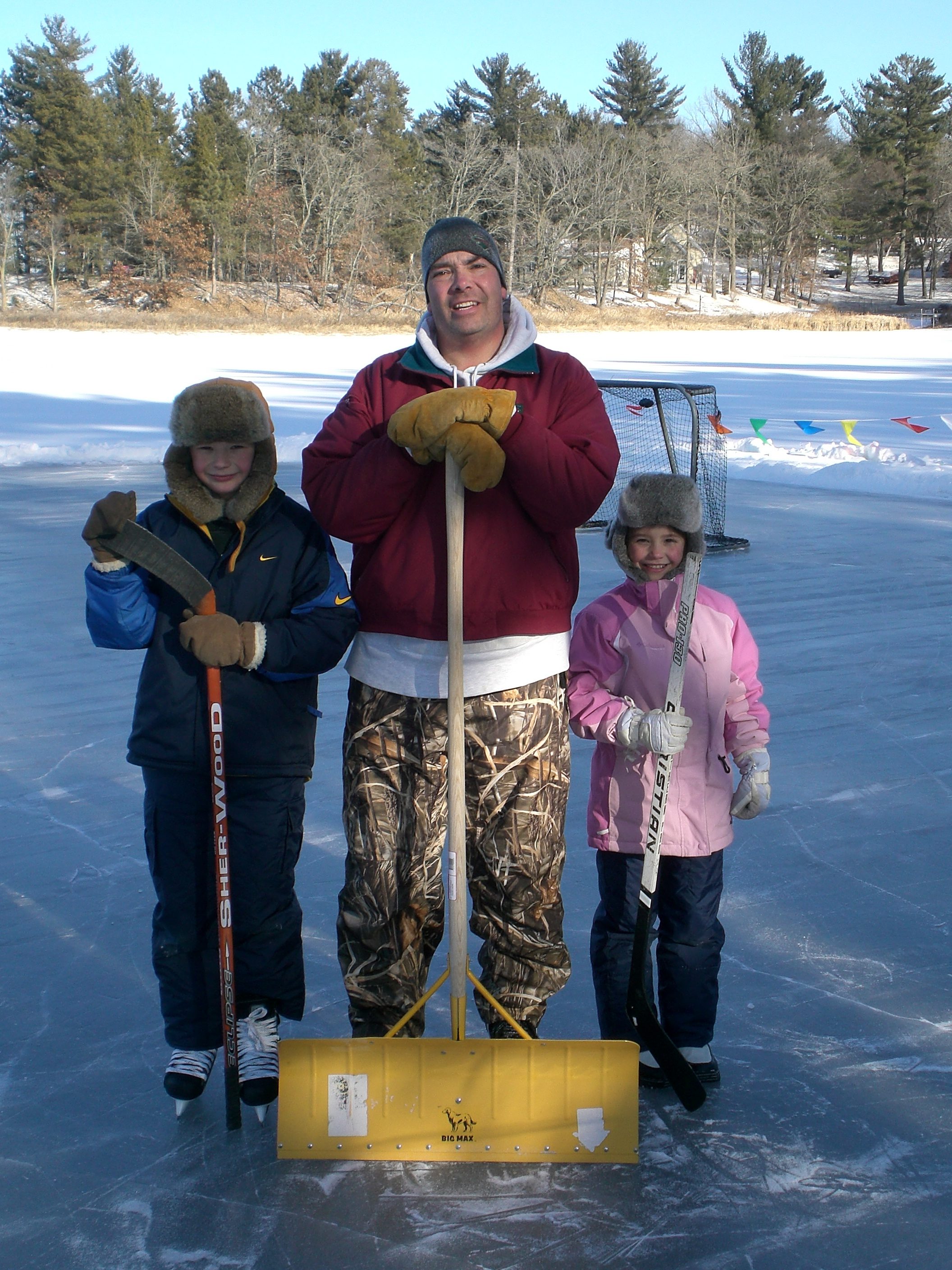 For some, hockey is just a sport. For others, it is a way to bring their family closer together, even when games played in different cities physically separate them.

Siblings Maddie and Jake Ellingson, both sophomore hockey players at Concordia, have been skating since they could walk. Growing up in Brainerd, Minnesota, winters were spent not only in the rink, but also on the lake.

Dave and Kim Ellingson, Jake and Maddie’s parents, remember winters like these fondly.

“His first time he went out, he had a little cone he pushed out. By the end of his first practice, he ditched the cone,” Dave said, referring to Jake.

Though Jake was a three-sport athlete for most of his life, hockey was always the sport he was most passionate about.

“I’ve always loved hockey and always wanted to play it. My dad put skates on me and brought me out even though I could barely walk at that time. I just liked it, immediately,” Jake said.

It took Maddie longer than Jake to commit to hockey. Although she grew up on skates like Jake, she loved to dance. There also was not a girl’s hockey team in town when she was younger, so she was forced to play on boys’ teams. She took a year off when she was nine years old because she did not like playing with the boys. When she was ten, she was finally able to play on a girl’s team.

“It wasn’t until she was ten when we were running from the dance studio and she was in the back of the car changing into her hockey gear that we said, ‘you got to pick one or the other,’ and lo and behold, she picked hockey,” Kim said.

From that moment on, weekends for the Ellingson family have been dominated by hockey. Many times it has meant that Maddie and Jake are playing in different cities at the same time. However, the distance has not slowed Dave and Kim down; at this point, they are practically pros at juggling both of their kids’ hockey schedules.

“From the very start, we learned how to watch and call and text and send scores to each other, because we were always taking turns watching,” Kim said.

Teamwork has been key to helping Kim and Dave experience as many of Jake and Maddie’s games as they can.

“We switched back and forth going with Maddie and Jake,” Dave said. “I ended up going with Jake more often because I was coaching Jake. Then when he got a little older, I coached Maddie’s team. So I ended up coaching them both and I liked that.”

Thanks to live streaming, Dave and Kim were able to watch both children play at once. Brainerd High School was one of the only high schools that live streamed their home games, so they were able watch one child play in Brainerd while they were away with the other.

22-year-old Jake spent two years playing junior hockey after high school before committing to Concordia, putting him in the same class as 20-year-old Maddie. Now that Jake and Maddie are both playing Division III hockey at Concordia, Dave and Kim can be physically present at most home games. Practically every weekend, they make the trek from Brainerd to Moorhead to watch either Jake or Maddie play.

Kim, who graduated from Concordia in 1989, was especially happy with her children’s decision to attend her alma mater.

“As an alum, I’m ecstatic that they’re at Concordia. I didn’t put any pressure on them, I wanted them to come to their own conclusion, so I’m happy that’s where they ended up,” Kim said. “A lot of people will ask how the kids are doing in college and my answer is, ‘Concordia and Division III hockey is the perfect combination, particularly for our kids. They’re getting a great education, they’re on a team, they’ve got comradery, they’ve got great friends, and it enables them to have a little bit of fun as well.’”

The whole Ellingson family has definitely had fun watching each other play the sport they all love, and that is all that Kim and Dave can ask for.

Jake plays forward for the Cobbers and has been getting more minutes this year, boasting four goals and three assists thus far in the season. Maddie plays defense, but has also managed to rack up one goal and four assists this season. Both Concordia hockey teams are competing for play-off spots in the M.I.A.C tournament this year. Dave and Kim will be watching it all unfold from the stands, or in some cases, their phones.