Tennis season in full swing for Toivonen after semester in Spain 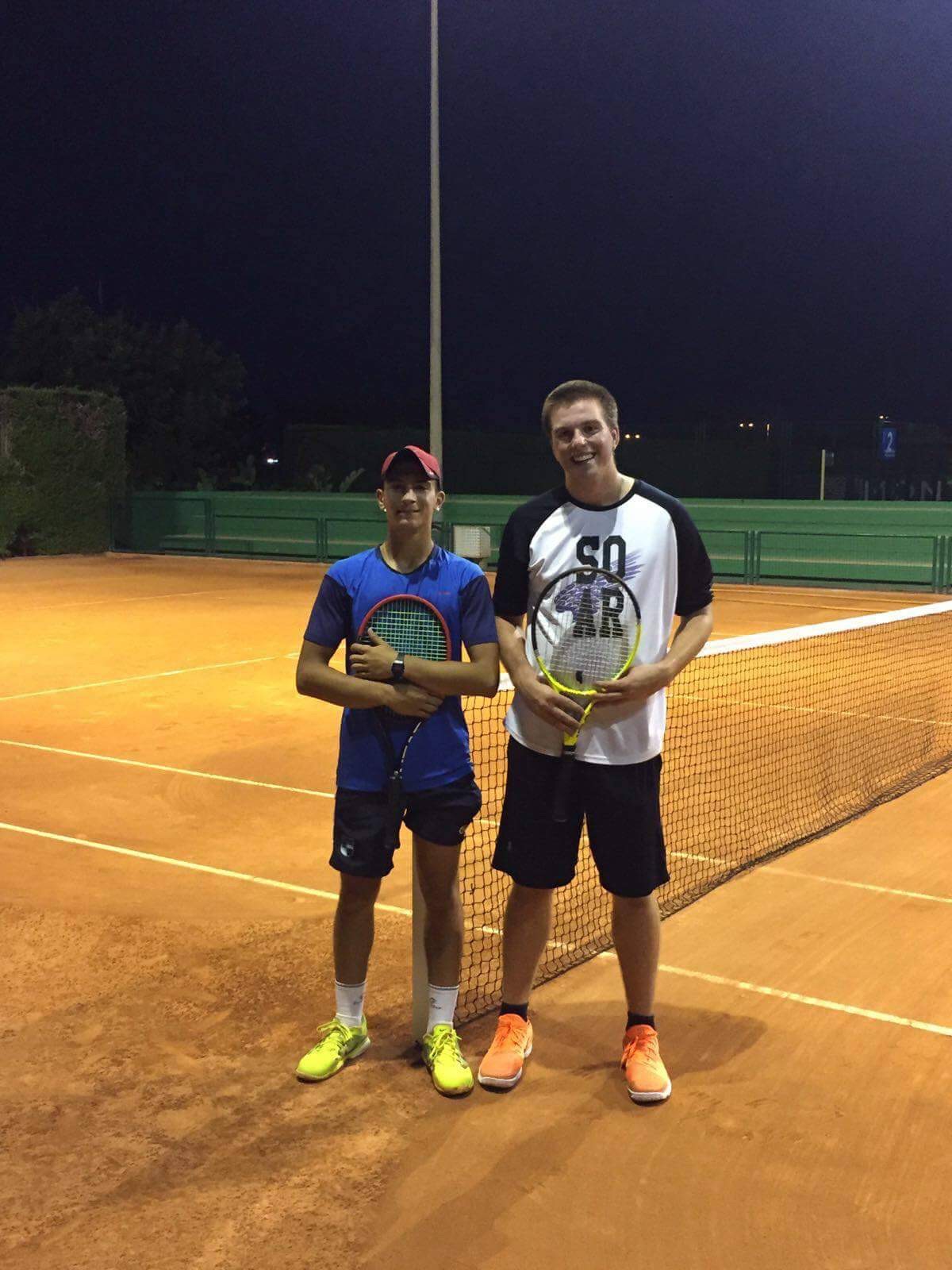 Senior Isaac Toivonen may have missed the fall tennis season to study abroad in Alicante, Spain, but the hiatus did not stop him from winning his first two matches against St. Scholastica and the University of Wisconsin-Superior on Jan. 27 and Jan. 28.

Though Toivonen was absent from tennis practice at Concordia, he still had the opportunity to play a few times a week in Spain thanks to some connections he made during his five-month stay. Toivonen had an internship while abroad, and his boss had a nephew, Jorge, who played tennis as well.

Playing with Jorge was a unique experience for Toivonen.

“Most Spaniards have different playing styles,” Toivonen said. “They play with more spin. And the surface was a lot different than what I was used to–all the courts over there are red clay.”

Even though tennis is played differently in Spain than in the United States, Toivonen was not worried about his transition back to American tennis. He returned home in December, giving him a month back in the U.S. before the season started. He said that that was adequate time to train hard and get back into shape.

Toivonen’s training paid off. He was able to beat St. Scholastica’s Serhii Tykhonenko 6-1, 6-4 and the University of Wisconsin-Superior’s Josiah Borst 6-3, 6-0.

Joe Murray, head coach of the Concordia men’s tennis team, believes that Toivonen has prepared himself well for his final season. For the St. Scholastica match, Toivonen had the opportunity to play the same opponent that he did the previous year.

“Last year, as a freshman, the kid from St. Scholastica took him to a third set tiebreaker,” Murray said about the match. “And he just killed the kid this year. He took him out in straight sets. Isaac knew what he needed to do, and he got it done.”

“Isaac’s mental game is so much stronger than a lot of MIAC players,” Youngs said. “That mental aspect of, ‘I’m going to go out and compete really hard.’ He’s going make his opponents beat him.”

Toivonen said that he takes each set one point at a time and forgets about the mistakes he makes.

“If I miss a ball, I can’t think about that, because each point counts,” Toivonen said. “Tennis is a unique sport where if you’re down 6-0, you can still win. You can come back. And there’s a lot of stories of people coming back.”

While this mentality has made Toivonen personally successful in tennis, his leadership has contributed to the success of the whole team

“Fall was rough when he was gone,” Murray said. “You could definitely feel that he was missing. The guys expressed how much they missed Isaac and missed having him around. Tennis aside, you just enjoy being around him. His presence is felt, so when he’s gone it’s missed.”

Youngs agreed that it has been nice to have Toivonen around again.

With Toivonen’s return and recent pair of wins, the team is hopeful for the rest of the season. Their goal is to make MIAC playoffs.

Youngs believes that Toivonen will be at the forefront of that success.

Toivonen is approaching the season with a quiet confidence. He takes each point, and each match, one at a time.

“Right now, I have my eyes on the St. John’s match,” Toivonen said. “I know most of the players in the MIAC, so I know what to expect when I play them, so it’s easier for me to mentally prepare when I play them. Just take it one match at a time.”

Toivonen and the rest of the Concordia men’s tennis team will square off against St. John’s on Sunday, Feb. 11 in Sartell.