The world through a screen: Carlson travels to Sundance Film Festival

By: Contributing Writer
In: People, Variety
With: 0 Comments 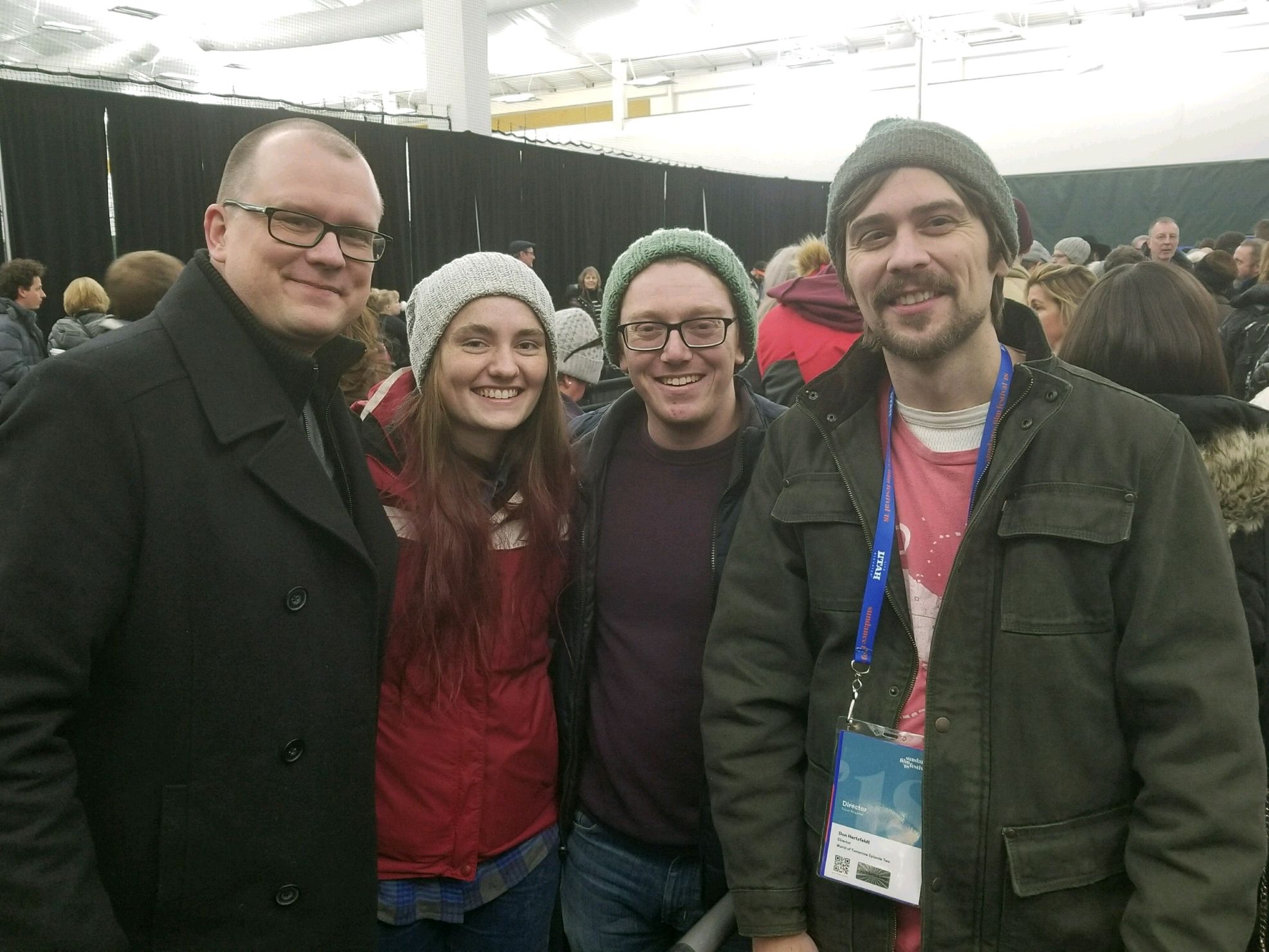 It is 4:30 a.m., and the day begins as it always does: with a wild car chase, a devastating breakup, or an ambulance rushing humanity’s last hope to the hospital. All of this is accompanied by the only sound not coming from the screen of a television: the steady thudding of feet on a treadmill. As he does every morning, Dr. Greg Carlson is starting his day with a run on the treadmill and a movie.

After getting his kids ready and out the door for school, Carlson heads to Concordia College, where he watches another movie or two.

Dr. Carlson is a professor of communication and film at Concordia and has been for 18 years. However, he is far more than just a professor. He is a director, a producer, a programmer for the Fargo Film Festival, and above all, a lover of film. He has had the fortune to turn that very love of movies into his job. Every day, he teaches and writes about the very films he loves. Some months, however, he is also able to share his love of movies on a grander scale.

January is not only the busiest time year for Carlson, it is also the most fun. On Jan. 29, Carlson returned from one of the United States’ largest and most important film events, Utah’s Sundance Film Festival.

“It is a fast-paced, chaotic, intense mixture of hurrying up and waiting,” he said.  And he is not exaggerating. Taking place in what is normally a small ski resort, the festival attracts some ten thousand people who are all there for film. It is full of various types of people: pass holders, directors, producers, editors, and in some cases, big-name movie stars. At this year’s Sundance, Peter Dinklage made an appearance at a screening for his most recent film, “I Think We’re Alone Now.”

For everyone who attends Sundance, the chaos is far worth the reward: viewing some of the best movies of the upcoming year. And not only do Sundance-goers get to see the movies, they also get to meet the people who make them.

“You meet someone and you say, ‘What film are you here with?’” Carlson said.

After hours of watching movies, standing in lines, and meeting various content creators, Carlson makes the trip back home, and immediately begins his work on Fargo’s very own film festival, which will run March 20-24 this year. The festivals being so close to one another works out well, as Carlson does a lot of scouting for movies at Sundance.

“When I’m watching a movie, and I’m jealous of it, that’s when I know I want it,” he said.

After leaving a festival such as Sundance, Carlson is full of ideas for movies to show here at the Fargo Film Festival. Each title has to be submitted to and approved by the board of programmers for the festival, and then it is ready to be shown.

Having a film festival allows Fargo to participate in a broader film community and gain valuable exposure.

“This is an important event for our community, for the community as a whole,” he said. “Whether you love movies or not, it provides great visibility for the Fargo-Moorhead community.”

Even when he is not scouting out films to show at the Fargo Film Festival, Carlson is always watching movies. Every day since he was a kid, he has watched at least one feature film every day, and often more than that.

That sentiment has always stuck with Carlson. And for students who have worked closely with Carlson, it is very easy to see that his love of movies has not slowed down in the slightest.

“He’s like a crazy movie consuming monster, in the best way possible,” said Reilly Myklebust, a student at Concordia who has known Carlson for just over three years. She was also able to travel with him to Utah this year to see Sundance for herself.

For Myklebust and many other students, Carlson seems somewhat inhuman in his knowledge of movies.

“He won’t just mention the film and what’s in it, he will talk about the creators, and the actors, and who they worked with, and their inspiration for the work,” Myklebust said.

This sort of knowledge comes from more than just natural intelligence, it comes from years of dedication, hard work, and love. And a love for film is something Carlson has in abundance.