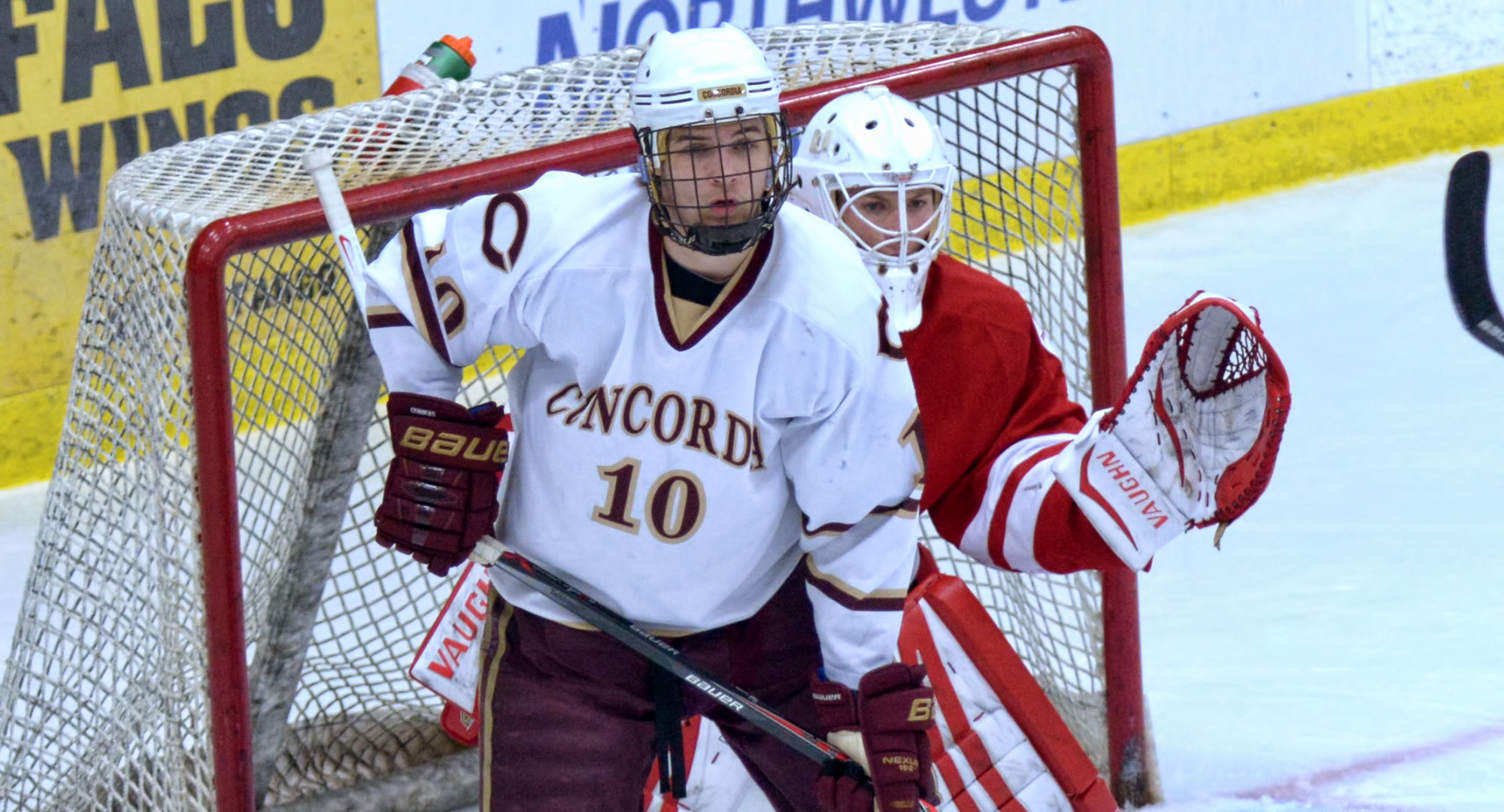 For the first time since 2014, a Concordia men’s hockey player has received the honor of being named the most valuable player in the MIAC.

Zach Doerring, a senior forward from Chanhassen, Minnesota, was given the award on Monday, March 5. With 10 goals and 12 assists for the year in conference games, Doerring led the team and the MIAC in scoring.

For Concordia men’s hockey head coach Chris Howe, who just finished his tenth season with the Cobbers, Doerring was an obvious candidate for the award.

“He led the league in scoring, he was second in goals, he was our captain, and down the stretch, he played his best hockey when our backs were against the wall,” Howe said. “The most valuable player is a person that if you take them away from the team, it would be super detrimental. With Zach down the stretch, if we didn’t have him, we didn’t have a chance.”

“When we needed big goals, we could count on him for big plays. He really performed as an MVP.”

For Doerring, reaching MVP level didn’t happen overnight—it has been years of hard work and development. Especially in the past two years, Howe has noticed that Doerring figured out how to dial it in and be successful.

“Every year his conditioning and off season preparation has improved,” Howe said. “Every year he got a little stronger. Every year he got a little faster. I think these last two years his fitness level improved a ton. In general, his confidence in what he was able to do through his preparation made the biggest impact. It’s been steady progress all four years, but over the last two years his confidence grew and he started realizing he could take over certain parts of the game.”

Doerring does not want to take all the credit. Described as “humble” by both his coach and teammates, Doerring knows success is a team effort, and in the end, that’s what matters most to him.

“Our coach always says that individual success is related to team success,” Doerring said. “My team around me makes me better, especially my linemates. I put in the work hours so it’s good see some results, but as a member of a team you want to see your team win a MIAC championship.”

Though the stats show that Doerring is a leader on the ice, his team considers him a leader off the ice as well.

Mark Huneke, a senior forward, can vouch for Zach’s leadership.

“Zach developed as a leader as on our team and that’s a big reason for all of our success,” Huneke said.

“He’s a great team guy he’s always there for everyone and that’s what makes him a good leader,” Ryback said.

Doerring attributes his leadership skills to players he looked up to when he was new to the team.

“My freshman and sophomore year I looked up to guys like Andrew Dieters and Tucker Coburnn,” Doerring said. “I learned from what they did and put those attributes into my own game to try to produce the same results.”

Two years later, Doerring is in the position of having his own teammates look up to him. With six senior players and leaders graduating from the hockey team this year, Howe knows there will be big shoes to fill.

Though Doerring’s time on the ice as a Cobber is finished, the senior has kept busy off the ice, participating in SAAC, It’s on Us, Relay for Life, and as a volunteer in the Sanford Children Hospital. Jon Grebosky, a fellow senior forward and line mate of Doerring’s, agrees that he is one of a kind.

“Zach is an MVP person on and off the ice,” Grebosky said.