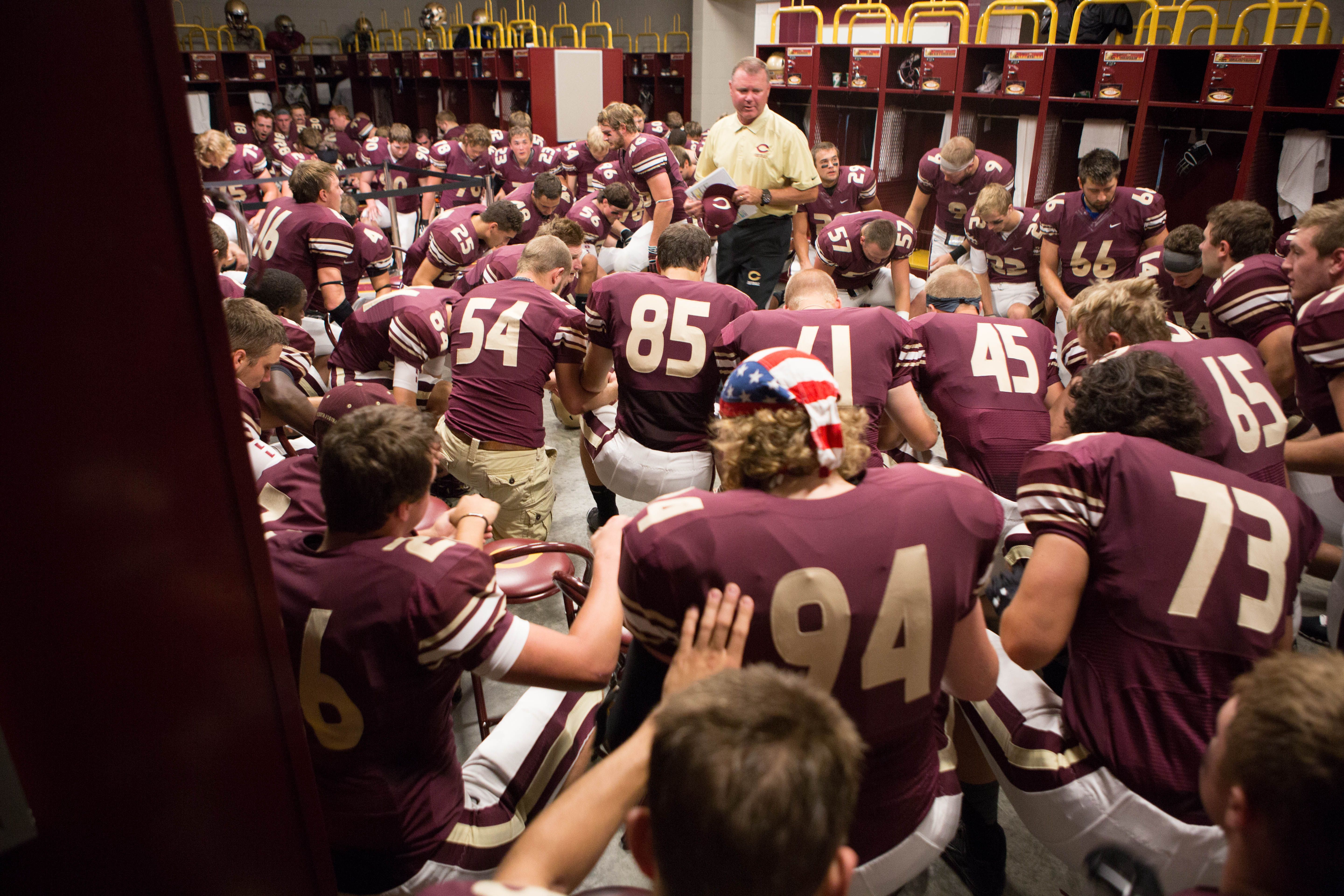 In light of cases like Larry Nassar with Michigan State and Reggie Lynch on the University of Minnesota basketball team, sexual misconduct has become an increasingly prevalent topic of discussion in college athletics. This past August, the NCAA adopted a new policy that requires coaches, student athletes, and athletic administrators to complete sexual violence prevention training each year.

Once the new NCAA regulations were put in place, Concordia was given the opportunity to decide how to conduct those trainings. Kylie Windecker, the alcohol and sexual assault programming Coordinator at Concordia, wanted to create a training that really embodied what it means to be a Cobber.

“We thought that instead of making our student athletes sit and watch a video, or another online training, it would be a really cool opportunity to really uplift that Concordia culture of going further and having that deep conservation by meeting with each team and having It’s On Us athletic team meetings,” Windecker said.

It’s On Us is a national movement that began in 2014 to change the way college campuses talk about sexual misconduct. The movement emphasizes that it is each student’s responsibility to create a campus environment that we want to live in. In the It’s On Us training sessions with student athletes, teams meet for an hour to define important terms related to sexual misconduct and talk through relevant topics.

Bailey Hovland, a senior thrower on Concordia’s track and field team, was surprised by how well the training went.

“Going into the training, I was skeptical,” Hovland said. “I thought it would be another training with professional staff speaking at students, showing us the resources on campus, and sending us on our way without changing anything … Instead, the session was focused on my teammates and myself. We shared individual experiences, both from scenarios in our team and other places on and off campus, and built off of one another.”

Rather than all athletic teams meeting for one presentation, It’s On Us training consists of individual teams having a group discussion for approximately one hour. This allows for conversations focused on specific issues relevant to that team. It gives student athletes the opportunity to speak up without the fear of being judged or experiencing intimidation from other teams.

For Hannah Lundstrom, senior sprinter on the Concordia women’s track and field team, the It’s On Us training has not only been beneficial for her team, but has also been a way to spark change on other parts of campus.

“Being such a big group in athletics, it provides you with a platform to help get the word out to other students,” Lundstrom said.

Eddie Eades, a sophomore on the Concordia men’s hockey team, agrees that topics like sexual misconduct need to be addressed across campus.

“There’s a cultural issue that it’s important to talk about, rather than just ignore it,” Eades said. “I think the best way to eliminate that is to have people learn and discuss what’s been going on. The best way to change is to get it out in the open.”

In some cases, student athletes were not previously aware of some of the issues or accurate definitions to use when talking about sexual misconduct, which is why getting it out in the open is important. When this topic is ignored, students might not be aware of the seriousness of the issue. Aaron Ryback, a sophomore on the Concordia men’s hockey team, agrees.

“I think in some cases, this training opens your eyes to what is really going on,” Ryback said.

Opening athletes’ eyes to these problems is just the start of making positive change. It’s On Us embodies Concordia’s motto of becoming responsibly engaged in the world. Ben Schneweis, Concordia men’s head soccer coach and member of Concordia’s alcohol and sexual assault programming committee, has felt firsthand the responsibility of being proactive on the topic.

“I believe that when you choose to work at Concordia or go to school at Concordia, you choose to be responsibly engaged,” Schneweis said. “I think with this topic, having it come into society at the level it has recently, this is great timing for us to do it and to do it this way.”

Before the end of the school year, all of the spring and winter sport teams will have been trained through It’s On Us. Due to the success of the trainings, the program will continue into next year.