Review: ‘Isle of Dogs’ may be Wes Anderson’s best work yet 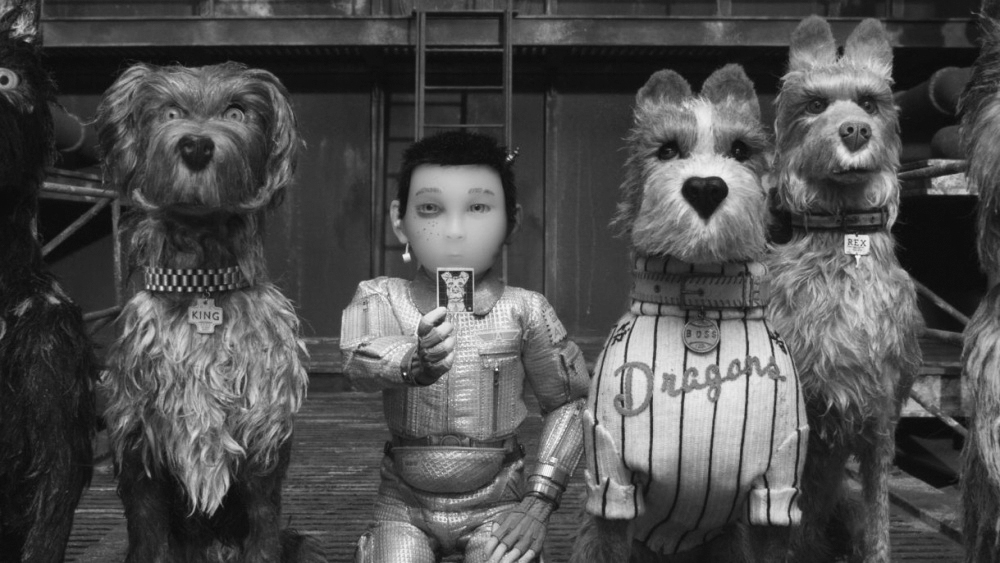 Wes Anderson has been a subject of study for many students enrolled in Concordia’s Credo Honors program. The class Filmmakers Who Changed the World has focused on Alfred Hitchcock, Charlie Chaplin, and Wes Anderson since its inception, but another film has recently been added to Wes Anderson’s catalogue for study. In his most recent endeavor, “Isle of Dogs,” Anderson takes his audience to Megasaki, a fictional Japanese city. Mayor Kobayashi has instituted a ban on all canines due to an outbreak of “snout flu,” which is feared to infect humans. In short, the film is another masterpiece directed by a talented director.

At the start of the film, Kobayashi, the sixth in line in the Kobayashi dynasty, has finally rid the city of Megasaki of canines. The family household and many places around the city have pictures and statues of cats, leading the audience to believe there is a hierarchy involved in who really is “man’s best friend.” This supposed government conspiracy led to members of the science party to work for a cure to the snout flu, a disease ravaging canines in the city. This epidemic would be the cause for an ordinance that would condemn dogs to Trash Island. “Isle of Dogs” translates very close to “Isle of Demons” in Japanese, which is interesting considering that the social status of dogs in the film is very low—some going to the extent of even demonizing dogs for Megasaki’s issues with illness and overcrowding.

Much of the film takes place on Trash Island, where the problems with the government plot to rid Megasaki of dogs are exposed. Many allies to the dogs and Atari (voiced by Koyu Rankin), the boy at the center of the movie looking for his own dog, join the youth in the film and prevail. A theme in some of Anderson’s films is the prominence of young actors and actresses, which is present in “Isle of Dogs.” Atari’s leadership and dedication to Spot (voiced by Liev Schreiber), his guard dog since he was young, prove to be mightier than the inept guards and robots that stand in his way, creating a touching tale about the bond between a person and their companion.

A staple of Anderson’s direction style, the dollhouse style of filming, is also present in this film. As shown in the photo accompanying this review, nearly every shot in the film is symmetrical, which is pleasing to some, stiffening to others. A fan of Anderson will appreciate the way that he creates such symmetry. He chooses to have the dogs almost always in groups of odd numbers, with one in the center and others fanning out from the side. In this stop-motion masterpiece, he creates a world much like his most recent film, “The Grand Budapest Hotel,” where the potential harm humankind can do is highlighted.

The voice cast for this film is especially notable. Bryan Cranston of “Breaking Bad” plays the lead dog in the film, Chief. Scarlett Johansson, Edward Norton, Bill Murray, Jeff Goldblum, Greta Gerwig, and other recognizable actors and actresses play dogs or translators; however, the majority of the cast and crew are native Japanese speakers, including Koyu Rankin, mentioned above. While there are many English-speaking voices cast, Anderson and the creative team have done an impressive job preventing “Isle of Dogs” from being another white-washed, insensitive film. Moeke Fuji, a contributor for The New Yorker, even goes to say that “[voice actors] were neither inscrutable nor flat. They were Japanese, in various shades of age and talent and fame.” To a native speaking Japanese person, this film lives up to cultural expectations, which shows the dedication and passion Anderson has to getting this project right every way possible.

There has been debate within the Anderson fanbase as to which film is the best of all his works. Many believe it is either “The Grand Budapest Hotel” or “Fantastic Mr. Fox,” yet “Isle of Dogs” could prove to be an adversary for both of them. While “Isle of Dogs” is a stop-motion film, the precision of directing, incredible voice cast, and cultural awareness that Anderson brings to the table make this film a hopeful contender at the Oscars later this year.

“Isle of Dogs” is showing at the Fargo Theatre for a limited time. See Wes Anderson’s most recent work while you have the chance.

2018-04-19
Previous Post: Student directors to premiere film projects at Fargo Theatre
Next Post: It’s On Us to train all Cobber athletic teams on sexual violence prevention