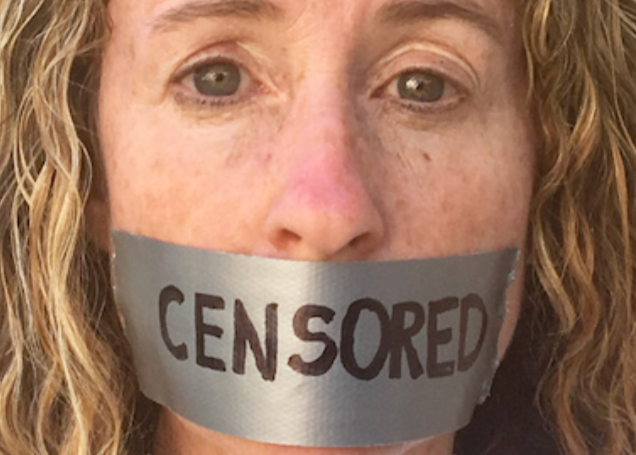 On Aug. 20, 2018, Concordia’s own Dr. Jacqueline Bussie released her new book, “Love Without Limits.” Written in a memoir style and rooted in theology, “Love Without Limits” explores what radical love looks like — love without exceptions. Though there was controversy during the publishing process, Bussie was supported by friends, family, students and community members. At the end of the summer, she was able to share her message of love with the world.

In addition to being an author, speaker and professor, Bussie is also the Director of the Forum of Faith and Life at Concordia. Within that position, there is much emphasis on both interfaith and intrafaith cooperation.

“The main mission of my office is to foster a deeper and more compassionate understanding of one another across traditional boundaries. Which is really cool, because when I wrote this book I realized it completely grew out of the work that I do here,” Bussie said.

Those that have been influenced by Bussie’s work have anticipated the book’s release and read it within the first few days it was available.

One of these people is sophomore Karin Selland, a Global Studies major and Interfaith minor, who developed a close relationship with Bussie over the course of her freshman inquiry seminar last year. This year, she is a teacher’s assistant for that same course, and believes that “Love Without Limits” has a lot to offer college students.

“I think that Dr. Bussie’s writing style is so easy for anyone to access, because she writes exactly the way she teaches. It’s very discussion based. Though she’s writing a book, it almost sounds like a discussion with the reader. She’s engaging, and with her writing style, she usually starts a chapter with a story that we can all relate to,” Selland said.

Sophomore Kayla Zopfi, another one of Bussie’s students, is a Political Science major and Social Activism and Interfaith minor. Like Selland, Zopfi drew valuable lessons from the book.

“It takes so much practice to have compassion for people, and to love people unconditionally. The earlier you start, the easier it is. Starting with the young people is such an important idea with whatever reformation or change you want to make, because they’re the ones who are going to make it live,” she said.

But the recent success of “Love Without Limits” did not come without a fight. The original publisher, upon reading the manuscript, told Bussie that they loved everything, except the chapters about “the gays and the Muslims,” according to Bussie. They had rewritten and edited the chapters in question, ultimately combining them into one chapter.

“I looked at the title of the brand new chapter. In all capital letters, it said “Others.” The whole point of the book was to not view other human beings as others, but as our brothers and sisters. It was not even really a choice,” she said.

Bussie then told her publisher that she did not agree with the changes and was subsequently fired. She was unsure of what to do next, until a friend inspired her to tell her story and speak out. After her Facebook post containing the details of the book’s journey went viral, a new publisher picked up the book and it was released in August of 2018.

“How hard she had to fight for this book to be published proves how important the lessons in it are,” Selland said. “It’s easy to get bogged down with all the ways that we need to be better people, but it’s also packed full with stories of hope.”

Bussie herself has inspired many of her students to love without limits, by simply getting to know them and providing valuable life lessons through teaching and building relationships.

“She says “Hi, how are you doing?” and it is so intentional. She really cares. She has an incredible capacity for human interaction, and a capacity to love people she doesn’t even know. And that makes her so special. She really leads by example,” Zopfi said.

“Love Without Limits” can be purchased at the college bookstore and most major retailers.