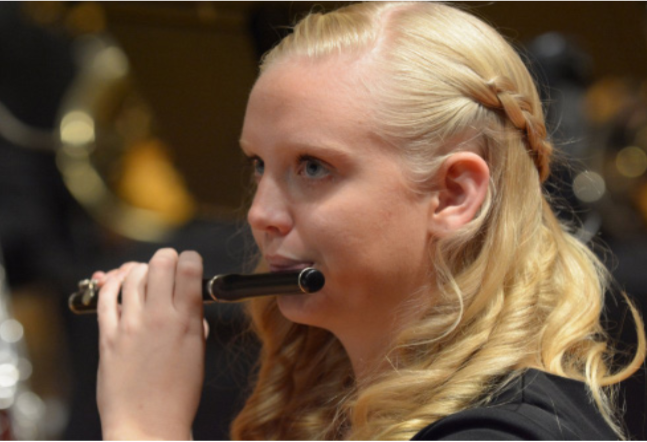 On Friday, Sept. 7 Concordia College presented a concert titled “The Healing Power of Music.” The concert was a stunning breath of fresh air into the Christiansen Recital Hall (CRH) as each performer connected their mind, body, and spirit into a night of both an emotional weight and a release of tension. Put together by Professor Deb Harris and the American Foundation for Suicide Prevention, the concert was lightly attended as many CRH recitals are, but well received by the whole audience. Highlights included a performance by music faculty members Leigh and Karin Wakefield, a dynamic testimony given by the mother of a Cobber alumni Kim Wisdom, and a new arrangement of Concordia student Natalie Fideler’s “Kirkland’s Signature Light Suffering.”

When I first arrived to the CRH ten minutes before the start of the concert, I was not prepared for what I was about to hear. I was unaware of Concordia’s loss of alumni Timothy Wisdom on December 19, 2017. The concert was peppered with testimonials, given by Timothy’s parents and Concordia students Natalie Fideler and Halie Weaving, which linked the music of the night to the reason the audience was there. Unbeknownst to me, we the audience were there to heal from the loss of loved ones, and to stand steadfast in the power of individuals to provide aid to those around us who need mental and emotional support when battling with mental illnesses like depression, anxiety and bipolar disorders.

After an initial address to the audience by Deb Harris, Karin and Leigh Wakefield, teachers of Wisdom while he was at Concordia, began the concert with Ralph Vaughn Williams’s “Six Studies in English Folk Song” for piano and clarinet. Dr. Leigh Wakefield’s clarinet playing has long been a beloved treasure and staple of the Concordia music department, and Friday night was no exception. Leigh’s pianos were delicate yet full, tender but supported and opened the concert in a way that left this member of the audience thankful for his ability to be present. This was supported and enhanced by the presence of Wakefield’s wife, Karin, providing balanced accompaniment on the piano that waxed and waned with the leading clarinet part. When the Wakefields worked in tandem, it was as if they were the only people in the room and were playing simply and solely for Tim Wisdom.

Next, a flute quartet composed of Alexandra Brouillard, Rebecca Elliott, Anna Swanson and Sofita Baych performed a gentle and evocative piece by Mike Garson titled Song for Susan. Overtones rang throughout the hall in this childlike reminder of innocence where I almost believed I heard birds chirp. The sound was rich and dark, two descriptors seldom used describing the sound of flutes, but it was stupendous.

The most important moment of the night came when Tim Wisdom’s mother and father stepped to the podium set stage right. Kris and Jeff Wisdom talked honestly, bravely, compassionately and openly about the way the loss of their son has affected them. It enraged Jeff, has taken happiness from them both and has left the couple wondering why they could not have done more in helping Tim each day since his passing. Amidst understandable tears, Kris’s testimony left the audience silent, and frankly drained me from being able to think about anything other than the holes that are left behind from such tragedies. The heavy air that had settled about the audience was lifted by Natalie Fideler in her next song titled “Kirkland’s Signature Light Suffering”.

In Fideler’s own words, the song would be “hopeful [and] uplifting.” Lifted from its original acoustic guitar version, Fideler performed her song with raw and honest vocal quality supported only by her own piano playing. The piano was raucous and bopped around with Fideler’s own body as the entire audience couldn’t help but dance with her. The wonderful change of pace set the audience up for the upswing that would be the end of the concert and balanced very well being immediately after Kris Wisdom’s testimony.

The concert continued with Halie Weaving and Andrew L. Johnson performing a very interesting and well executed flute and percussion duet titled “Fluctuation” by Josh Gottry that seamlessly moved from section to section; and ended with a clarinet quartet featuring Lucas Abraham, Brian Jaap, Ashley Olson and Kalena Taralson that had the quartet moving completely in sync, and filled the seats with a brazen joy that bounced from corner to corner of the recital hall.

Overall, the concert Friday night was a huge success in displaying the ways that music of any genre can connect us back to our emotions. The concert and testimony mixture kept the audience anticipatory and it was a shame there weren’t more people present to listen. If you or anyone you know needs a second to decompress, rewind and refocus this week I highly recommend you sit down for an hour and half and listen to the narrative humanity that was displayed on the CRH stage, by accessing the Christiansen Recital Hall archives on the Concordia website.