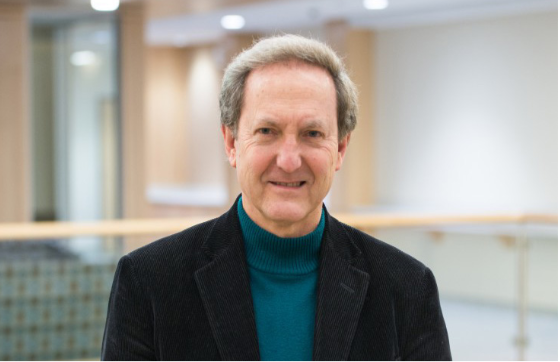 “Friends of Music Appreciation: Faculty Blockbuster” was performed on Sunday, Sept. 9 in the Christiansen Recital Hall. The concert was performed as thanks for the generous donations that the music department receives each year. It featured a wide array of Concordia’s music faculty, from vocal  professors Anthony Leathem and Holly Janz, to music department head John Roberts, to violin professor Sonja Harasim. The concert was ultimately a success, but definitely had its ups and downs.

To start the night, piano faculty Amy Mercer played “Prelude in C# minor, Op. 17, No. 10” by Felix Blumenfield. This was an adventurous choice to start the concert, as audiences have grown accustomed to bombastic openings. Mercer, however, began with a melancholy and delicate caress of the keys. Her lines were incredibly smooth compared to other performances of the piece and this worked in her favor. Her glossy touch in the opening A section soon made way to the distant, stark exaggerations and accents of the B section of the piece. When the A section returned, I had been begging for the gentle nature to return and let me relax again. When it finally did, I was satisfied.

Mercer’s performance was not soon matched, and thus begins a down period of the night. This is not to say that any of the next few performances were bad, but none of the next few performances astonished or connected me, as a listener, directly to the soul of the players performing. That is, until second year faculty member, Anthony Leathem, took the stage with associate professor Gregory Hamilton and assistant professor of collaborative piano Stephen Sulich.

Leathem stood just right of center stage with his hands folded while Sulich and Hamilton played the opening to Saverio Mercadante’s “Il Sogno.” The introduction by Sulich and Hamilton was wild in the best sense: pulsating 16th notes in the piano and a melodic line with large skips in the cello prepared the audience for Leathem to begin singing. He then whisked us away with his voice. His silky and sweet style of baritone is a rare occurrence. When he locked into his performance, I could not help but believe that Leathem was singing of a beloved woman whom he saw in his dreams. Leathem was the crux of a push to the end of the concert that stunned at every turn.

After Leathem, Sulich and Hamilton’s performance, music department chair John Roberts came to the stage to play Anton Rubinstein’s “Apollo Etude.” From the very first phrase, the audience knew that Roberts did not come simply to play this music, but to dig into the very being of his piano. If you find yourself wanting to check out the concert as it is archived on Concordia’s service with UStream, but only have four minutes of time, this is the piece that you need to listen to.

Next, came a flurry of inventive and wonderful performances starting with piano professor Jay Hershberger performing a wonderful and surprisingly sweet Franz Lizst piece titled “Pastorale” from “Années de Pèlerinage.” Then came assistant professor of piano Grigor Khachatryan and his wife, violin instructor Dina Neglia-Khachatryan, who presented the first movement of Robert Schumann’s “Sonata for Violin and Piano in A Minor.”

Neglia-Khachatryan played heroically and with gusto while supported by her husband. The CRH is getting its fill of wed couples performing stupendously. The Khachatryans this week and the Wakefields last week showed audiences that duets and chamber music require more than simply individuals performing at the same time, but need two performers on completely similar wavelengths.

Sulich returned to accompany associate professor of voice Lucy Thrasher in two songs that Thrasher said reflected the “richness and the melancholy of this time of year.” Following Thrasher, Sonja Harasim performed Rebecca Clarke’s “Passacaglia on an Old English Tune.” Harasim hit a homerun with her performance. Finally, Holly Janz, associate professor of voice, sang Leonard Bernstein’s “What a Movie” from his one-act opera “Trouble in Tahiti.” Both performances were knock-outs, and in the words of Sulich, “completely different” from the rest of the night’s performances.

After the first 30 minutes of this show, it picked up to be a thrill of a night. The highlight of the night was Roberts, but truly after Anthony Leathem took the stage, there was no stopping the train of exemplary music that was created on the stage of CRH. Again, I implore you to find an hour and a half of your week to watch the archived version of this concert on the CRH UStream.