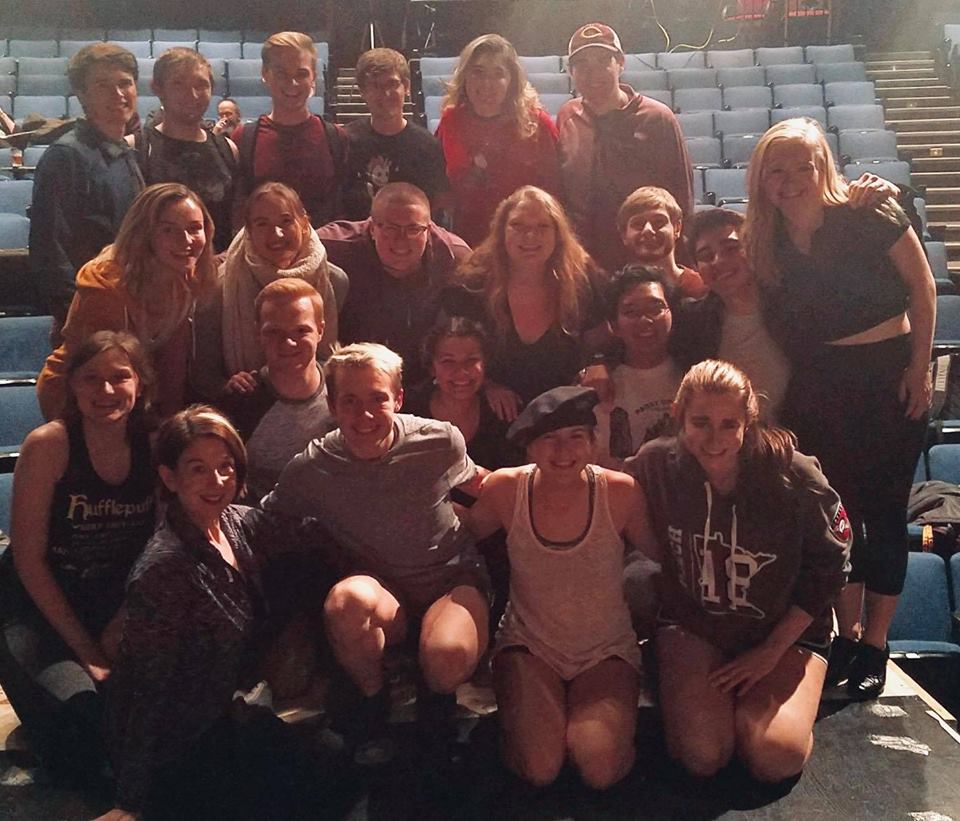 “Willkommen! And bienvenue! Welcome!” The opening lines of “Cabaret,” Concordia’s fall musical, invite the audience into the dark underworld of a Berlin nightclub in 1930.

On Thursday, Nov. 8, the Concordia theatre department will perform “Cabaret,” a musical created by John Kander, Fred Ebb, and Joe Masteroff. The show is set at the Kit Kat Klub, and focuses on the lives of the various patrons, all framed by the eerie Master of Ceremonies, known as the Emcee. Concordia’s performances are guest directed by Carol Schuberg, and run from Nov. 8 to Nov. 17.

Nick Schons, a Concordia sophomore majoring in theatre, is the character of Emcee. As the name suggests, he is in charge of selecting the acts and talent, and is often front and center at the club. However, there is more to this character than meets the eye.

“Being a satirical messenger in a way, he always has an agenda. Whether that is good, bad, funny, angry, sexual, there’s always something he’s trying to get across. But he always has a message, and it’s always different,” Schons said.

Coming from a long history of dancing, acting and directing, both on and off Broadway, Schuberg brings vast experience to the Concordia stage. This will be her fourth time performing Cabaret, and she has strived to help students develop their characters into deep and meaningful storytellers – both of the personal and of the larger narrative.

“My favorite time is really molding it (the story) on this incredibly, wonderfully, diverse talented cast. Guiding them into ownership of the messages they’re delivering. That they’re also delivering not only this cautionary tale, but historical information. It’s a great and horrific story at the same time,” Schuberg said.

With extensive development comes intensive work. Over fall interim, the cast and crew remained on campus, spending the time rehearsing. They focused on choreography, staging and scene work in preparation for tech week, which begins on Friday.

Hannah Zehms, a senior double majoring in heritage and museum studies and sociology, also plays double roles behind the scenes of the theatre. She is the Media Relations intern for the theatre department, in addition to stage managing “Cabaret.”

“The students and production team have been working incredibly hard on this show. Carol is an incredibly passionate, driven human being who cares about her cast members and seeks to create the most impactful piece she can. She makes sure everyone knows they are valued,” Zehms said.

But what does a show set in Germany in the early 1930s have to do with Moorhead in 2018? According to those involved, everything.

“At that time, appearances were deceiving, truth was hard to find, ignorance appeared to be bliss and the changing environment affected everyone differently.  It was a battlefield of ideologies. I think a lot of these aspects are reflected in society today,” Zehms continued.

“It’s a story for the ages. It is set during a time of political turmoil and dividedness that is something we are experiencing now. So it opens that door for conversation. There’s something for everyone, there’s something you can take away.”

Schuberg strongly believes in the transformative and revolutionary power of the show. She has worked to empower not only those involved with the show, but hopes the audience also leaves with that sense of empowerment as well.

“Own your freedoms and sense of self. We will expose untruths. We will expose stifling powers. I’d like the audience to take away a sense of eyes open to how insidious oppression can be. It seeps in in often veiled ways, and we always need to be awakened and awake,” she said.

While the content and themes of “Cabaret” are reflective of the world today, the show is only appropriate for mature audiences. More information and tickets can be found online at cord.edu/theatre or by calling the theatre box office at 218-299-3314.