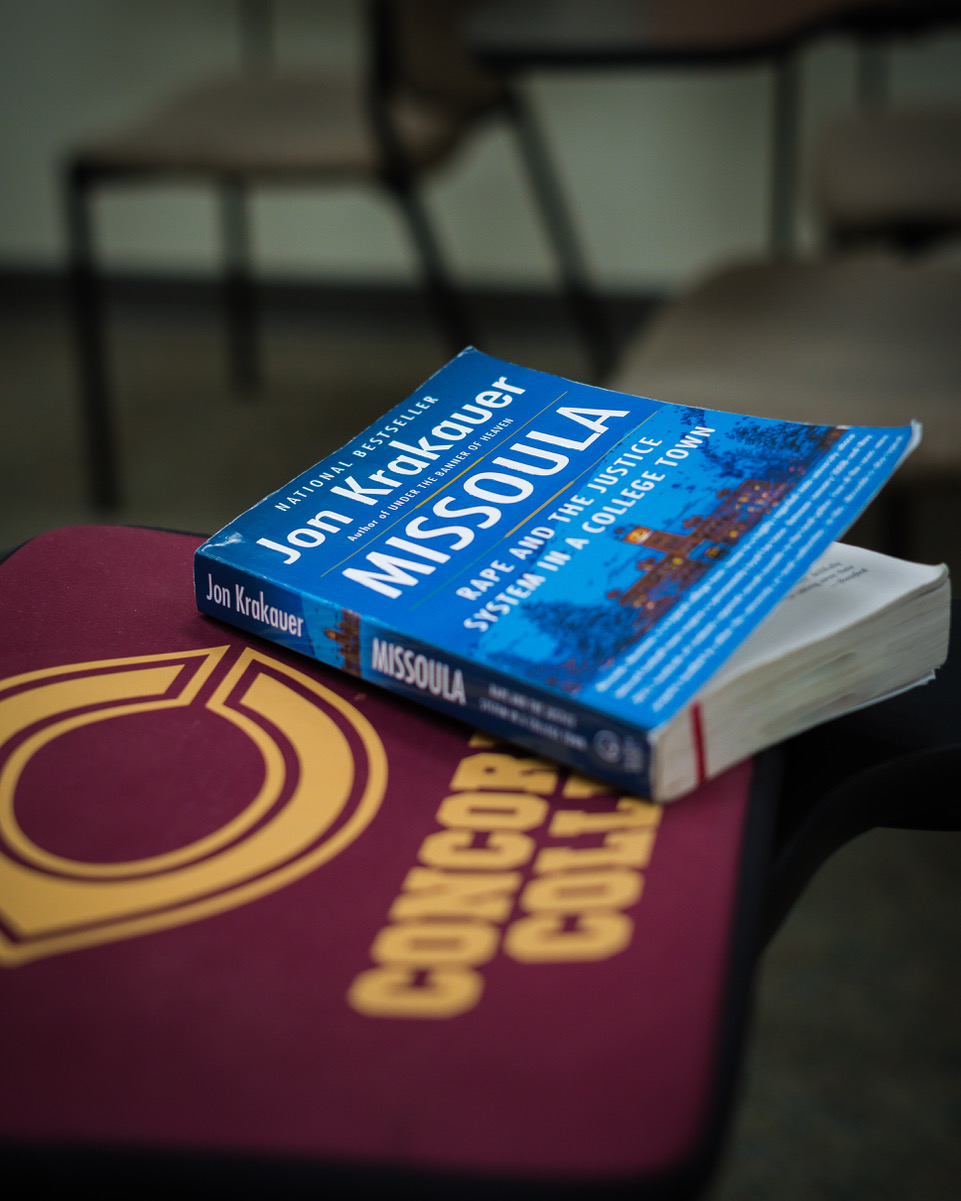 These universities are all examples of institutions associated with significant instances of sexual assault and rape. Jon Krakauer, famous author and adventurer recognized this widespread issue of sexual assaults on college campuses, focusing on it in his new book “Missoula: Rape and the Justice System in a College Town.” Shining light on these tragic occurrences, Krakauer is coming to Concordia College to discuss his experience and expertise on this societal issue.

On Nov. 14, 2018, widely-known author Jon Krakauer is visiting Concordia College to interact with students and give a public lecture on his book, “Missoula.​” The event will include an interactive session with Krakauer for students at 3:30 pm, followed by a continuation of conversation at dinner, and finally, a free lecture that is open to the community at 7 pm in the Centrum. The public event will allow for all community members to interact with Krakauer and inquire about “Missoula,” the investigative process and sexual assaults on college campuses.

Bringing Krakauer to campus stems from conversations around the summer book read for the incoming class of 2022 at Concordia College. “Missoula” was one option considered, but after the Summer Book Read Committee finished the non-fiction investigation, there was a consensus against using it as the summer book read.

“We agreed immediately that this is not the type of book you send home with a 17-year-old and say ‘read that on your own’,” Watkin said.

Instead, the committee comprised of three professors and two Center for Student Success staff members, chose “The Power” by Naomi Alderman. The committee decided “Missoula” should still be discussed, so it was chosen as a campus-wide book read in preparation for Krakauer’s visit.

Funding for the event was made possible by a donation from Garrison Keillor, author and Minnesota Public Radio personality, back during his visit to campus in 2017. Watkin explained that the English department had some special funding from when Garrison Keillor was on campus and when his name came up in association with sexual misconduct, the department would feel better to utilize the money towards some literary figure who had done something with sexual assault. Watkin highlights the importance of using this funding for a good cause in lieu of Keillor’s accusations of sexual misconduct and firing from Minnesota Public Radio.

Enter Jon Krakauer, a widely-known, non-fiction writer who is recognized for adventure books like “Into the Wild” and “Into Thin Air.” In “Missoula,” Krakauer takes on the heavy, but necessary topic of sexual assaults and rape culture on college campuses, focusing on Missoula, Montana. The book delves into stories of survivors at Montana University, while providing in-depth information on many aspects of the situation. His investigative journalism allows readers to realize the entirety of situations and Krakauer connects them in a way that creates a fluid story for the reader.

Junior Ellie O’Brien emphasizes the necessity of tackling the subject of college rape, recognizing Krakauer’s intentional effort to show how common rape occurs. Having read Krakauer’s book, O’Brien acknowledges, “I almost feel weird saying I love it with the difficult nature of the stories.” The interwoven stories in the book allow many readers to better understand the complex occurrences of Montana University from 2008 to 2012.

Mike Heitzman, a senior football player, highlights the importance of the visit.

“It’s something you cannot take lightly, and it is great to see another campus event specifically address sexual assaults,” Heitzman said.

Senior Hayley Broich stated, “It happens on all campuses, even here at Concordia.”

These conversations are important at Concordia because, like most college campuses in the United States, sexual assaults and rape do occur on our campus. According to the 2018 Concordia College Campus Public Safety Annual Report, Concordia has had six total sexual offenses just last year, including four rape incidents. It is important to recognize the need to combat this national epidemic, even at our small liberal arts college.

Krakauer’s prominence and connection to different interest communities will allow for a wider audience to attend his talk. Philip Lemaster, a psychology professor on the summer book read committee, says, “Hopefully Krakauer will attract a wide variety of people, bringing them together for this important conversation.” In addition to the public lecture, an earlier discussion and dinner have been specifically organized for students. Lemaster emphasizes his hope that faculty, community members and students attend the night lecture as it is free and open to the public.

Jordyn Templeton, an intern with Concordia’s It’s On US, hopes that Krakauer’s visit will allow many students “to learn more about what they can do to break down rape culture on our college campus, as well as start those important yet uncomfortable conversations.”

This event will hopefully open doors to such conversations,  allowing all members of the community to engage in this important societal issue.