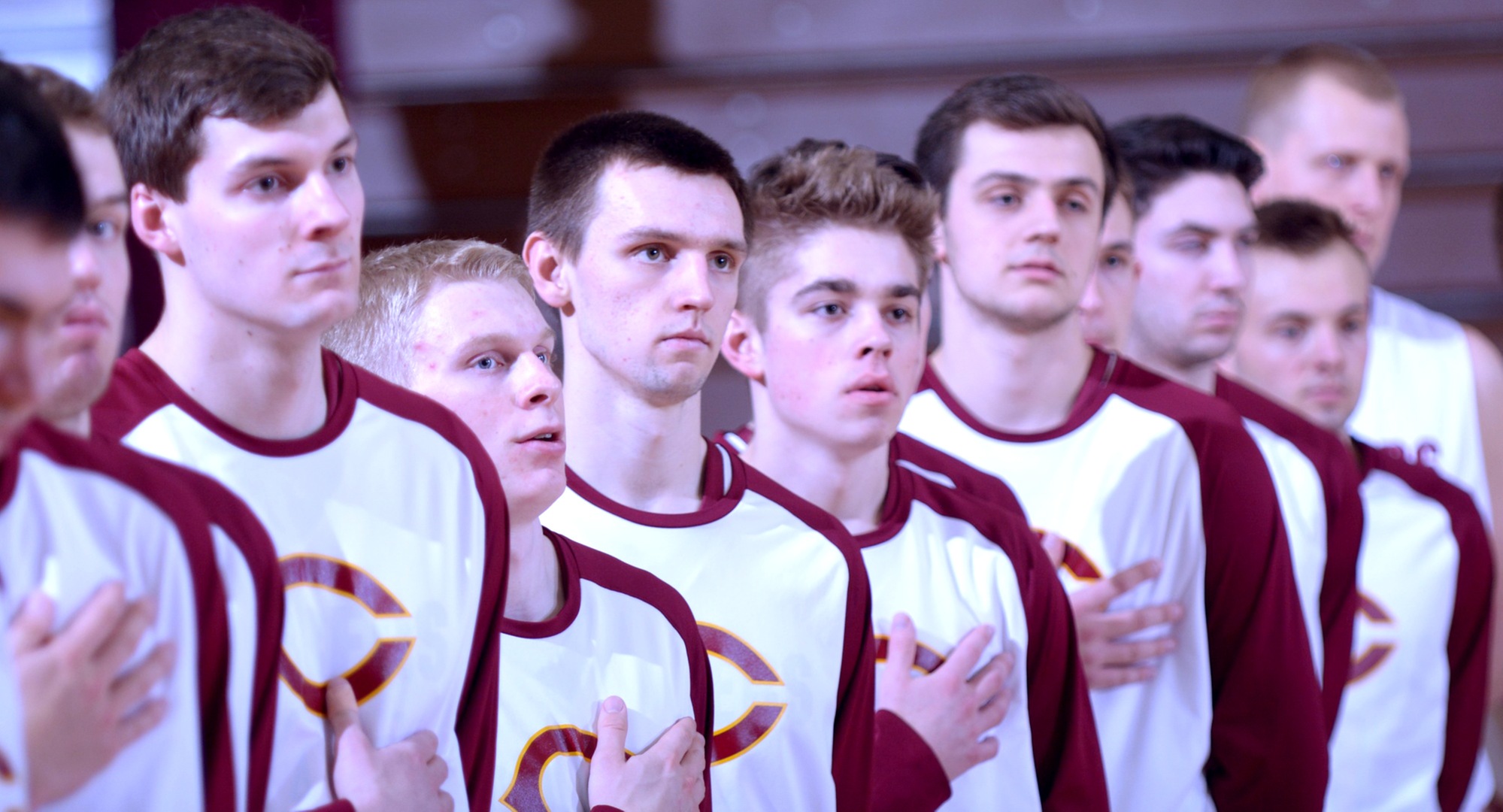 Grant Hemmingsen’s career as head Concordia men’s basketball coach got off to a bit of a rocky start last season as the Cobbers won only six games and finished ninth in the 12-team MIAC. It was a step back from the previous year, when Concordia was just one spot in the standings shy of a playoff berth. This season, Hemmingsen’s second at the helm, the team looks to get back to where Hemmingsen believes it belongs.

“We only won six games last season,” Hemmingsen said. “Hopefully this season we can get to a double digit win total. If you win 12 or 13 games you could make it to the playoffs.”

With a mix of veterans and new faces in the crowd, the Cobbers are learning from past seasons to try and move the program forward.

Larson led the Cobbers in points (291) and points per game (11.6) last season and shot 49 percent from behind the three-point arc in 25 games during his Junior season.

While Larson and his offense will be important, the main emphasis in the offseason has been on limiting opponents on the defensive side of the ball.

“We needed to get stronger from last year,” Hemmingsen said. “Our guys got stronger and put on ten pounds of muscle in the offseason. We just have to be better defensively. We gave up 80 points a game last year and you can’t earn a playoff spot in the MIAC by doing that. We are putting a big emphasis on defense and trying to hold opponents to around 60 points a game.”

Hemmingsen and company will look to integrate seven new freshman into the fold with five preseason games over the next three weeks before the MIAC opener December 1 at Hamline. Among the new faces Hemmingsen highlighted are Cal Wright, a 2000-point scorer for Mora High School, and Ian Schafer, who led the state of North Dakota in assists as a Senior for Bismarck last season. Each made contributions off the bench in Concordia’s opening game of the season last Thursday at NDSU.

“They are a bunch of great guys who have fit in well,” Larson said. “I’m excited to see what they can do and how they can help us be better.”

Concordia opened the season with its aforementioned annual exhibition matchup against the North Dakota State Bison in Fargo last Thursday and came up on the wrong end of an 81-49 scoreline against the Division I competition.

The Cobbers will played one last exhibition contest — a showdown with a longtime rival, the Division II Minnesota State University Moorhead Dragons, Tuesday, November 13, inside Memorial Auditorium — before shifting to real games.

“Our first real game is against Morris, and it’s a good chance to see how players are going to fit in. We only won six games, but we only lost three seniors and a lot of the guys are back. So it’s going to be fun because we have guys who are familiar with our system and the guys around them. We are going to be bigger, faster, and stronger than we were a year ago.”

The team will play only two regular season games at home before the new year — December 12 versus St. Thomas and December 29 against Bethany Lutheran — but will play nine times at Memorial Auditorium in January and February during the heart of MIAC play.

The Cobbers have not won a MIAC men’s basketball title since finishing first in back-to-back years in 1982 and 1983. Before any title conversation, Concordia will have to first show that it can survive a grueling MIAC season.

“We are going to be very competitive,” Larson said. “We have a bunch of guys back. The experience from last year is going to be really helpful for us.”