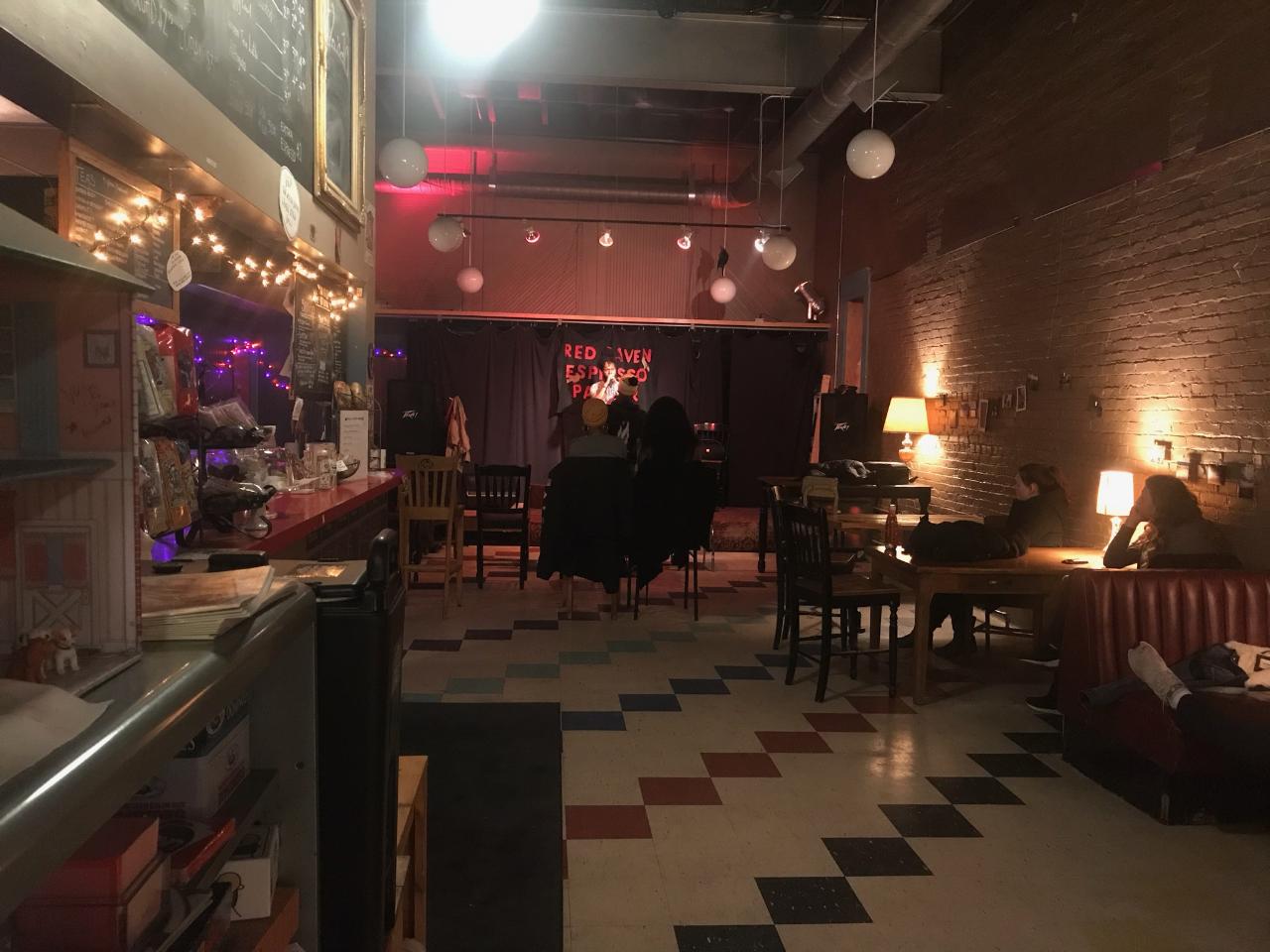 In recent years, mental health has emerged as an aspect of our lives that considerably more people are aware of. Because there is a growing conversation around the causes and effects of suicide, more people are taking action to raise awareness. This has motivated Hotdish Entertainment to help raise further awareness to the issue.

On Nov. 17, Hotdish Entertainment hosted a mental health/suicide prevention benefit at Red Raven Espresso Parlor. Hotdish Entertainment is a booking service that manages local events in Fargo-Moorhead, founded by Matthew Hughes and Carter Amundson. Hughes said that the two had planned this event for over two months. Along the way, some of the challenges that they faced included arranging for a venue, coordinating with other musicians and promoting the event.

Hughes performed at the benefit as a band member of Cascades, and said that his own experiences with depression and bipolar disorder motivated him to sponsor the benefit. He recognizes how being in a band has helped him cope with his mental health, and how music has enabled him to express his emotions. Although people today are becoming more conscious of the effects of mental health, Hughes said there is still a real stigma that many in society hold against those experiencing these symptoms. He wishes that everyone in the community would be more sensitive and aware of the significance of mental health.

“I wanted to get this benefit together to show our community why mental health needs to be taken seriously, and how important it is,” he said.

From 5:00-10:00 p.m., the event hosted several musicians, including local bands Full Force Face First, Cascades, Kyle Colby, Seriously Hot Shit and Another Poet. Although the music was mostly punk and pop, the bands covered several different genres, including classic rock and modern pop. In the audience were many who had come to support both the musicians and benefit.

The donations went towards To Write Love On Her Arms (TWLOHA), a nonprofit which seeks to raise awareness and help those suffering from mental health disorders, suicidal thoughts and addiction. The foundation was established in March of 2006 by Jamie Twokowski and is active all around the nation. The organization has been active for twelve years, and also helps people by investing in quality treatment and recovery providers. TWLOHA has a significant presence in the music community. Much of its exposure comes from musicians who wear the group’s merchandise and collaborate with the group to raise awareness.

Kwaician El was one of the musicians who played at the benefit. He was enthused that Hotdish Entertainment is taking efforts to integrate music performances into their events. He described some of the challenges that performers in the music industry face, and how he has dealt with them.

“If you’re active as a musician, it’s important to just reach out to a bunch of different venues and see if anywhere works. It can be pretty difficult to gain recognition anywhere, but especially in Fargo. It doesn’t really matter what you can do as much as who you know. So being able to have connections is definitely something you need to make a career here. I like Red Raven because they’re pretty willing to host events and support local artists,” he said.

“We always appreciate having musicians come in,” he said. “We get a chance to promote their work and our service at the same time, so it’s pretty good. And of course, it always means more when it’s for an important cause like this.”

2018-11-28
Previous Post: Urban Stewardship: Protecting the eco-spaces of Fargo-Moorhead
Next Post: Holiday events offer a variety of activities and fun for all ages