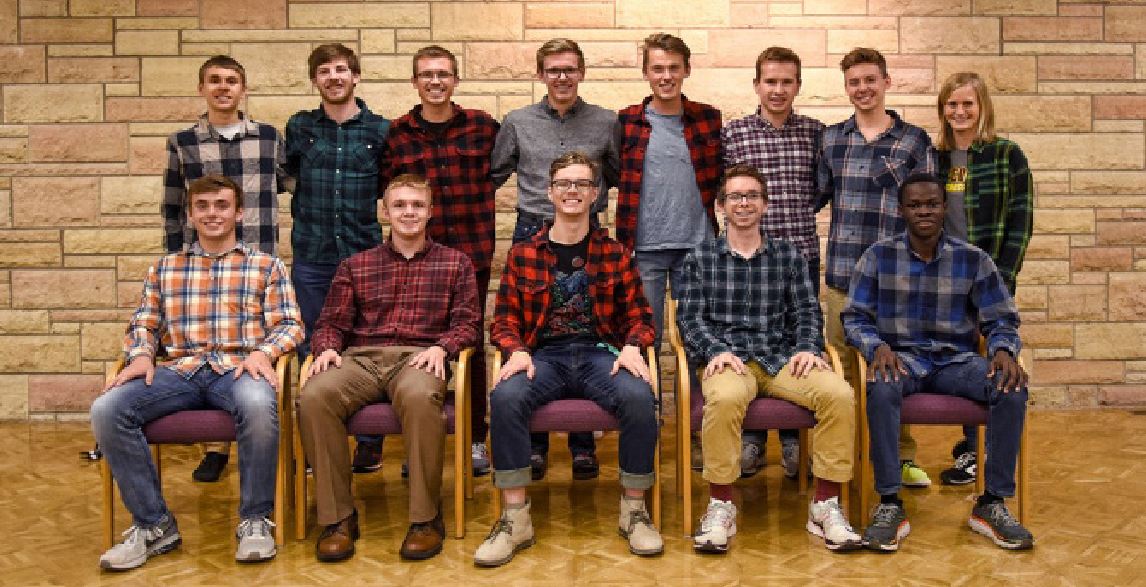 “A friend of mine who I used to play baseball with kept trying to convince me to come out to the captain’s practices for cross country,” Christensen said. “He kept at it for a couple weeks until I locked his keys in the trunk of his car and had to show up to practice as an apology.”

The rest is history.

School, Christensen has competed at the Minnesota State High School Championship Meet and become a mainstay for the Cobbers. He routinely finished as one of the top three runners for Concordia during the cross country season this fall.

While he admits it was difficult to give up his time on the baseball diamond, Christensen has found a new path in the running world.

“When I first joined I didn’t think it was the greatest thing in the world,” he said. “As I started to run more I started to get into better shape and become a better runner.”

That newfound love for running ultimately led Christensen to Concordia, where he helped the Cobbers to a seventh place finish at the MIAC cross country meet in October. But running isn’t about winning for this freshman.

“For me, it is peaceful to be out when it’s just you and the trail or the road in front of you,” Christensen said. “You have time to think and forget about whatever is on your mind. If I’m stressed out or really anxious, I know I can focus on running to forget about whatever I’m feeling. That’s cool.”

With track season around the corner, Christensen is working on improving himself by putting in time in the weight room and improving his form. At the end of the day, he knows that hard work is the only avenue to future success.

“I think I have a little bit of natural talent, but if I wasn’t working hard, I would be at exactly the same spot I was when I first started running competitively three years ago.”

2018-11-28
Previous Post: Women’s basketball has plans for fruitful season after two-year drought
Next Post: The time for gun control is now