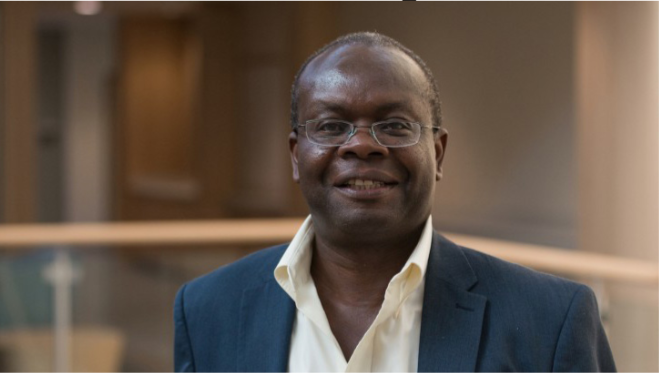 Since the first time “It’s okay to be white” posters were spread around campus, students have wanted some way to prevent these incidents from happening. When the posters were posted for a second time, students demanded a response from college faculty and staff. Luckily, by that point, a team of faculty was almost ready to respond: BIRT.

BIRT, or the bias incident and response team, is a group of faculty and staff members that collects reports of bias incidents and responds to them in a pre-planned manner. In the spring of 2017, President Craft commissioned Edward Antonio, the chief diversity officer, to create a review of the current policies on bias, discrimination and student conduct. To be an effective review, the document needed to include various people, such as the dean of students and the head of human resources. A group of people worked on the document, and those people have now become BIRT.

Originally, the people working on the document weren’t necessarily going to be the people on the response team. However, Antonio noticed the potential because of the experience of the people in the group.

“I looked carefully at who was around the table,” Antonio said. “And it struck me that these people have tremendous experience and are playing important roles in this college.”

Lois Cogdill, the dean of students, is also the co-chair of BIRT with Antonio. Cogdill said she has heard the students’ requests for a team like BIRT.

Having BIRT isn’t the only critical part of responding to bias. Ease of reporting and quick response times are other aspects that the team thinks is crucial.

“Anyone from the college can file a report,” President Craft said. “The reporting is central and streamlined, which means responses can occur faster.”

BIRT as a team won’t always be the respondents to the reports, but it gives students people to get in touch with if they wish to make a report in person. BIRT also reviews every report as a team to make track the reports and make sure an appropriate response is given to each.

“BIRT keeps a record of incidents and tracks them, it’s important for tracking the campus climate,” Antonio said.

“It’s important for if we need to promote things we haven’t been doing so far,” President Craft said. “By tracking the reports, we can get a deeper understanding and clarity on what’s happening on campus.”

BIRT as a group wouldn’t be effective if the people who are a part of it weren’t committed and experienced. President Craft said the reason he was drawn to Antonio and Cogdill as co-chairs was because of their great experience with students and faculty.

“I know that Lois has long-standing experience and gifts in working with people whose lives have been disrupted,” President Craft said. “And Edward has that same type of experience in other settings.”

Because of the nature of BIRT’s purpose, as well as the values the college holds, diversity is of great importance to President Craft and the members of BIRT. Both men and women are represented on the team, as well as people with experiences with faculty and students.

“One aspect is gender,” Antonio said. “But there’s also the racial or ethnic diversity that can be helpful depending on the kinds of bias happening on campus. I’m pleased the co-chairs represent many elements of diversity.”

Now that BIRT is created, it is focused on finalizing new policies and receiving and responding to reports. So far, six reports have been made to BIRT.

“Just because BIRT is created now doesn’t mean we don’t have things to do,” President Craft said. “The hope is that as the reports come in we get a better understanding of ourselves and strengthen the resolve to uphold the rights of everybody on campus.”

BIRT is also committed to providing resources to students to work through bias experiences they encounter, as well as update policies to reflect the values of the college.

“We want to respond and provide resources for students to work through their experiences,” Antonio said. “BIRT will also do things like provide diversity training to help minimize these occurrences. BIRT isn’t just an entity to react, but a life-giving group. We want to support and help when people have had unfortunate experiences.”

Faculty, staff, and students are encouraged to report incidents to BIRT. Reports can be made anonymously if desired. To report in person, contact Edward Antonio or Lois Cogdill. To report online, go to http://concordiacollege.edu/silentwitness.