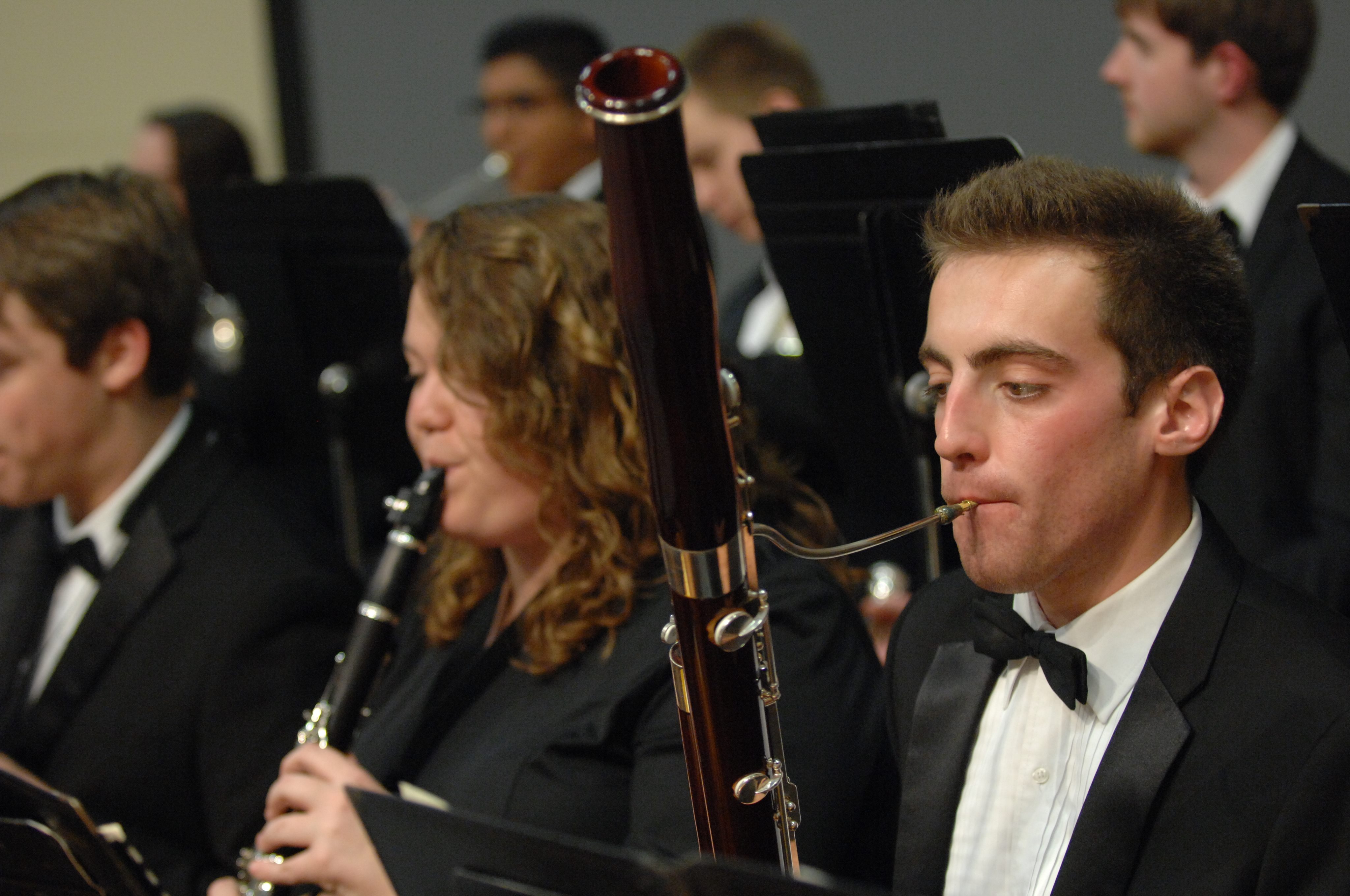 Every spring, the Concordia Orchestra gives senior music students from every area of the department the opportunity to audition to perform as a soloist in their annual Senior Honors Concert. This year, the soloists will be Lexi Brouillard on flute, Jack Fiskum on bassoon and Isaiah Burkel as a tenor vocalist.

The soloists for the concert are chosen by a panel of judges selected by the orchestra’s conductor, Kevin Sütterlin. The judges are professionals or conductors from out of town who have no personal connection to the students auditioning to avoid any bias in selection. Sütterlin himself is not involved in the selection of students at all.

“I try to keep it neutral and objective,” he said.

For most soloists selected, playing with the accompaniment of an entire orchestra is a very new experience for them. All agreed that the opportunity to play with the Concordia Orchestra is one they’re very thankful for.

Out of the three selected soloists, two are performance majors. Burkel is studying vocal performance and Brouillard is studying flute performance while minoring in women’s and gender studies. Fiskum, on the other hand, is studying math with a minor in data analytics. Regardless of their majors, all three have participated in countless ensembles in their time at Concordia, including the Fargo-Moorhead Symphony, the Fargo-Moorhead Opera, Concordia Band and Orchestra, and several chamber ensembles with other students. Brouillard also interned with the National Flute Association in Orlando, FL in August 2018 and participated in a music festival in Italy in July 2017.

All three musicians had specific reasons for choosing the pieces to audition with and perform. Burkel, who’s performing “Winterstürme Wichen dem Wonnemond” by Richard Wagner, chose it for its range.

“It fits my voice well. I switched to tenor at Concordia and I’m still developing my top range,” Burkel said.

Fiskum will be performing “Andante and Hungarian Rondo” by CM Weber. He chose this particular piece for his audition because he wanted to play something that really showcases all of his skills as a musician and as a bassoon player, and this piece does just that.

As for Brouillard, she chose “Frank Martin Ballade” by Frank Martin, which was initially suggested to her by her flute professor, Deb Harris. Harris insisted Brouillard play the piece, but Brouillard was hesitant to comply. After finally agreeing, Brouillard has clearly reaped the benefits.

In addition to those three pieces, the Concordia Orchestra will be performing two others, one of which will be conducted by senior bassist Rich Gonzales.

All three soloists are incredibly grateful for the opportunity this concert gives them.

“It means a lot to me that this is an orchestra I’ve been with for three years now,” Brouillard said, “it’s part of my identity, and I get to perform with my family.”

If any community members are interested in attending, the Senior Honors Concert will be this Saturday, Feb. 2, in Memorial Auditorium at 2:00 p.m. The concert is free and will last for under an hour.