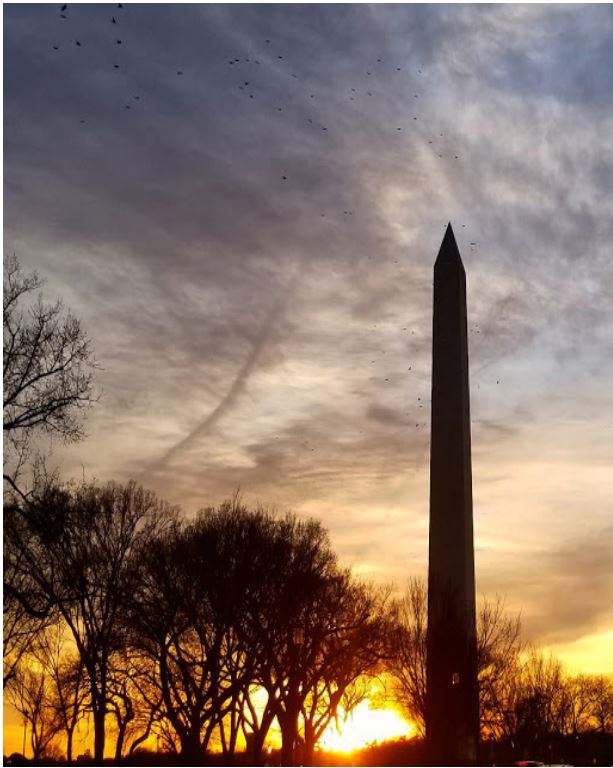 Freedom of religion. Freedom of speech. Freedom of the press. Freedom of peaceful assembly. Freedom of petition. These five freedoms are outlined in the first amendment to the United States Constitution, followed by nine other amendments. They are known as the Bill of Rights.

While many current political conversations are centered around the Second Amendment, which guarantees the right to bear arms, the First Amendment is so ingrained in our identity that we often don’t recognize the significance of it.

Two weeks ago, I had the opportunity to visit the Newseum here in D.C. As its name suggests, it is dedicated to “increase public understanding of the importance of a free press and the First Amendment,” according to the Newseum website. In addition to being a journalist and writer, I am also a museum studies major, so I was greatly interested in how the museum would exhibit this subject.

While I was there, I spoke with the president and COO of the Freedom Forum Institute, as well as the executive director of the Student Press Law Center, about the importance of free speech and free press, particularly on college campuses and their communities. It hit home for me, and I definitely gained a new understanding of just how important the First Amendment is.

A week later, President Trump spoke to the nation during the 2019 State of the Union Address. As he was speaking, many news sources were live fact-checking and analyzing different statements Trump made. I watched the speech and had a few of these sources pulled up as references. Regardless of your political beliefs, it is incredible to live in a place where you can not only openly disagree with the leader of the country, but also fact-check remarks and even cross-reference them nearly simultaneously. Without the First Amendment, none of that would be possible.

Then, just a few days ago, I visited the National Archives. This is where the Declaration of Independence and the Constitution are housed in addition to other relevant historical materials such as photos, emails, telegrams, letters, and physical objects. While you are not allowed to take photos of the founding documents due to light sensitivity, you are able to get as close as the $5 million, state-of-the-art display case will let you. It’s close enough to be able to read the penned words on the parchment, written nearly 250 years ago. Close enough to read the original ink of the First Amendment in flowing script:

“Congress shall make no law respecting an establishment of religion or prohibiting the free exercise thereof, or abridging the freedom of speech or of the press, or the right of the people peaceably to assemble and to petition the government for a redress of grievances.”

Composed in 1789, I highly doubt the Founding Fathers envisioned the age of instant information through technology and social media when they wrote this amendment. Yet, it has become even more important throughout our country’s history–and we often take it for granted. Though we are in a time of political division and worrying headlines, we have the power to freely speak out for our beliefs, exercise our religions (as well as the freedom not to), gather to protest injustices, publish our views, and petition the government. If you see something that you disagree with, you have the power to change it–maybe not overnight, but at least start the conversation–and it’s due to the First Amendment.