By: Matthew Johnson
In: Film/TV, Variety
With: 0 Comments 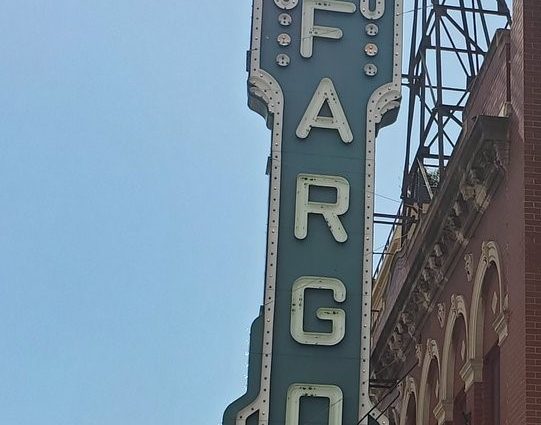 Some of the most popular monsters, aliens, ghosts and other fantasy creatures that the world of cinema has to offer will soon be coming to Fargo. The Fargo Fantastic Film Festival (FFFF) will be returning to the Fargo Theatre on Sept. 26—28. With over 250 films from over 40 countries, the event is certain to delight fans of all things fantasy.

One of the founders of the festival, Tony Tilton, says that the festival is intended to highlight an under-served section of the film world—namely genre films. Genres that will be presented at the festival include Sci-Fi, Horror, Fantasy, Action/Thriller and more. However, those looking for what the event’s Facebook page describes as “Indie Dramas” will be disappointed. This event is exclusively for films that feature “fantastical” elements.

High-end, professionally made films will be shown alongside amateur, hobbyist productions. According to the festival’s website, the purpose of the event is to “showcase the ambitious and creative independent filmmaker.” There are numerous awards presented during the festival. One such award is the Roger and Julie Corman award, which is given to filmmakers who manage to produce high quality work with a modest budget. This year, the award went to Spike Hyunsuk Kim’s 11-minute short film “Pinki.”

Even though it is an international event, local and regional filmmakers are highly encouraged to submit their work to be shown at the festival. These local films will be highlighted on Saturday, Sept. 28 Location, budget, and even age are no longer a barrier to entry. Children with a passion for film will be able to submit their projects at the Kids Fantastic Film Festival. This festival will take place between March 1—2, 2020.

Sophomore Grant Eggers likes the variety of films that will be shown.

The festival was initially held within ValleyCon, a local pop culture and science fiction convention. However, due to the film festival’s rising popularity, it eventually became necessary for organizers to expand it into its own event. This year marks the 17th year of existence of the FFFF, which according to Tilton, makes it one of the older film festivals in the area. It is also the fifth year that the festival has been held in the Fargo Theatre. In terms of attendance, Tilton says that “several hundred over three days” gather to take part in the festival.

People from around the area are curious about the event. When asked about the festival, Sophomore Carter Weddell said “It sounds interesting. I might just go check it out.”

In addition to the film festival, the FFFF has also begun what Tilton calls a “filmmakers academy” that will debut this spring at Moorhead Community Access and TV. The academy will be host to numerous activities and film production classes for members of the Fargo-Moorhead community. Films produced at the filmmakers academy will be eligible for entrance in the next film festival.

After many years, the FFFF remains a must-see event. It is a prime opportunity to witness the wide breadth of artistic talent that resides within the Fargo-Moorhead area, and is also an accessible event. A six hour session is priced at $5 for students, kids and educators, and $8 for other adults.

If you are looking for something fun to do between the 26th and 28th, put The Fargo Fantastic Film Festival on your calendar. Regardless if you are a serious movie fan or not, no one in the Fargo-Moorhead area should pass on the opportunity to experience this unique event.