“The Butterfly Mosque” to be upcoming summer read 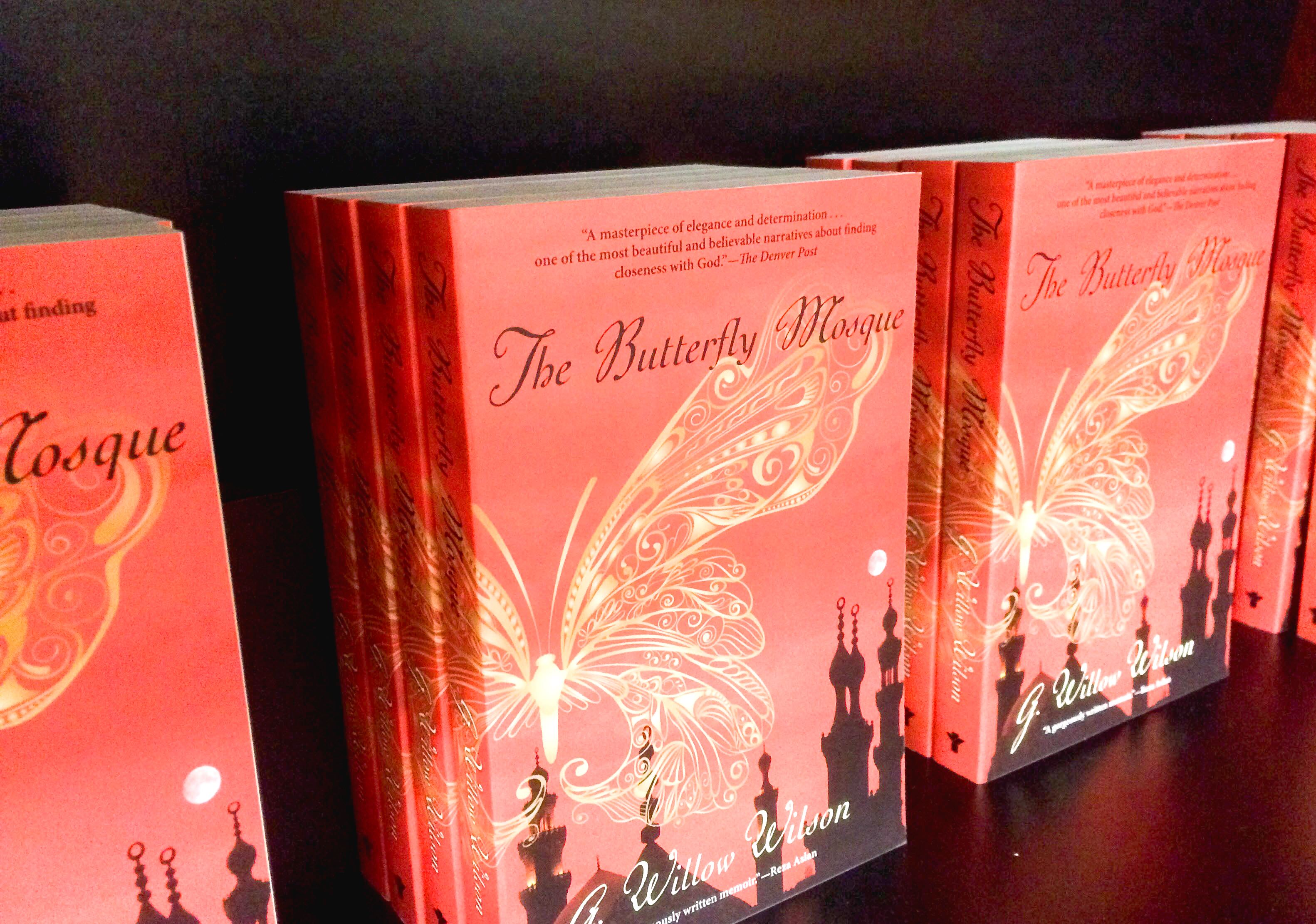 This summer, hundreds of incoming freshmen will read the memoir of a young American woman and hear her questions about faith, following her brave journey to Egypt, where she decided to teach after college.

“Doesn’t that sound like a Cobber?” said Dr. Dawn Duncan, English professor and chair of the Summer Book Read Committee.

Duncan said the committee is very happy about their choice of this year’s summer read, “The Butterfly Mosque” by G. Willow Wilson.

The book, published by Grove Press, is described on the publisher’s website: “Twenty-seven-year-old G. Willow Wilson has already established herself as an accomplished writer on modern religion and the Middle East in publications such as The Atlantic Monthly and The New York Times Magazine. In her memoir, the Colorado-raised journalist tells her remarkable story of converting to Islam and falling in love with an Egyptian man in a turbulent post– 9/11 world.

Part travelogue, love story and memoir, ‘The Butterfly Mosque’ is a brave, inspiring story of faith — in God, in each other, in ourselves and in the ability of relationships to transcend cultural barriers and exist above the evils that threaten to keep us apart.”

According to Duncan, the book educates as well as entertains, and should interest both religious and non-religious people, even though it discusses the Islamic faith. In addition, the book is relatable to Cobbers who experienced time abroad.

“The book is incredibly well-written and we felt like [the author’s] voice was a voice so close to our own students’ voices that they could imagine themselves in her position,” Duncan said. “I’m telling you, anybody will like this.”

The road to choosing the book has consisted of meetings, voting and a lot of reading, but Duncan said the process of book selection varies from year to year. The book should engage and excite students for the annual Symposium, which is why the Symposium Committee will make book suggestions for the Summer Book Read Committee.

“We asked the Symp0sium Committee to forward us titles that they would like for us to consider, and that has worked differently every year,” Duncan said. “Some committees don’t spend a lot of time looking at books and basically leave it in our hands. Other committees may say ‘Here are ten possibilities we found’ — and the worst case scenario: one year I had to read 40 books.”

This year, however, the suggestion of what would become the summer book read came from English professor Dr. Amy Watkin, who found her students engaged in the book, which was assigned for one of her classes. “I recommended ‘The Butterfly Mosque’ because some of my first-year students read it for my Inquiry Seminar ‘Beyond Genocide: Learning to Help and Hope’ a few years ago,” Watkin said. “I asked them to read a chapter or two because we were going to hear the author speak and I wanted them to be familiar with part of her work, and they chose to finish the entire book because they loved it so much.” According to Watkin, the book is timely in terms of current events regarding Muslims in this country and around the world.

“It’s time that we have more discussion of Islam in order to gain understanding and fellowship,” she said.

The fact that Watkin’s students liked the book so much, was a good sign to Duncan. She said the students’ interests are the committee’s priority.

In order to ensure that the book would be appealing to incoming freshmen, a focus group of current students was put together. The students approved the book, and it was unanimously voted for by the Summer Book Read Committee.

“Of the seven books I read I had no question that this would be the one my students would love, but I wanted to know what the students thought and [they] agreed,” Duncan said.

In addition to having a focus group, sophomore Andie Palagi was asked to join the Summer Book Read Committee in order to ensure that the book would be suitable for new students.

“I kind of accidentally joined the committee, because in November the Student Symposium Committee asked if anybody would be able to read this book called “The Voices of the Arab Spring,” one of the books they were considering for the summer book read,” Palagi said. “And I was the only person who read it … and [the committee] discovered that I like reading, and that I’m a fast reader, so they asked me to be on the book committee.”

Palagi said the meetings mainly consisted of sharing thoughts on “The Butterfly Mosque,” and said that they all liked the book. The committee also looked at data of the number of students who had read past summer books, and found that fiction and memoirs attracted the most readers.

“We think that this book fulfils what students would be interested in,” Palagi said. “I couldn’t put it down.”

The book shows the author’s personal beliefs from a Western perspective, something that makes it more understandable to readers, Palagi said. She also said that the book pertains to Concordia’s interfaith program.

Hopefully, the incoming freshmen will find the book as wonderful and engaging as the Summer Book Read Committee did.

“I liked it so much that when I finished it, I wanted to know the next part,” Duncan said. “When you are reading a book and you want the next part of the series, that’s a good sign.”