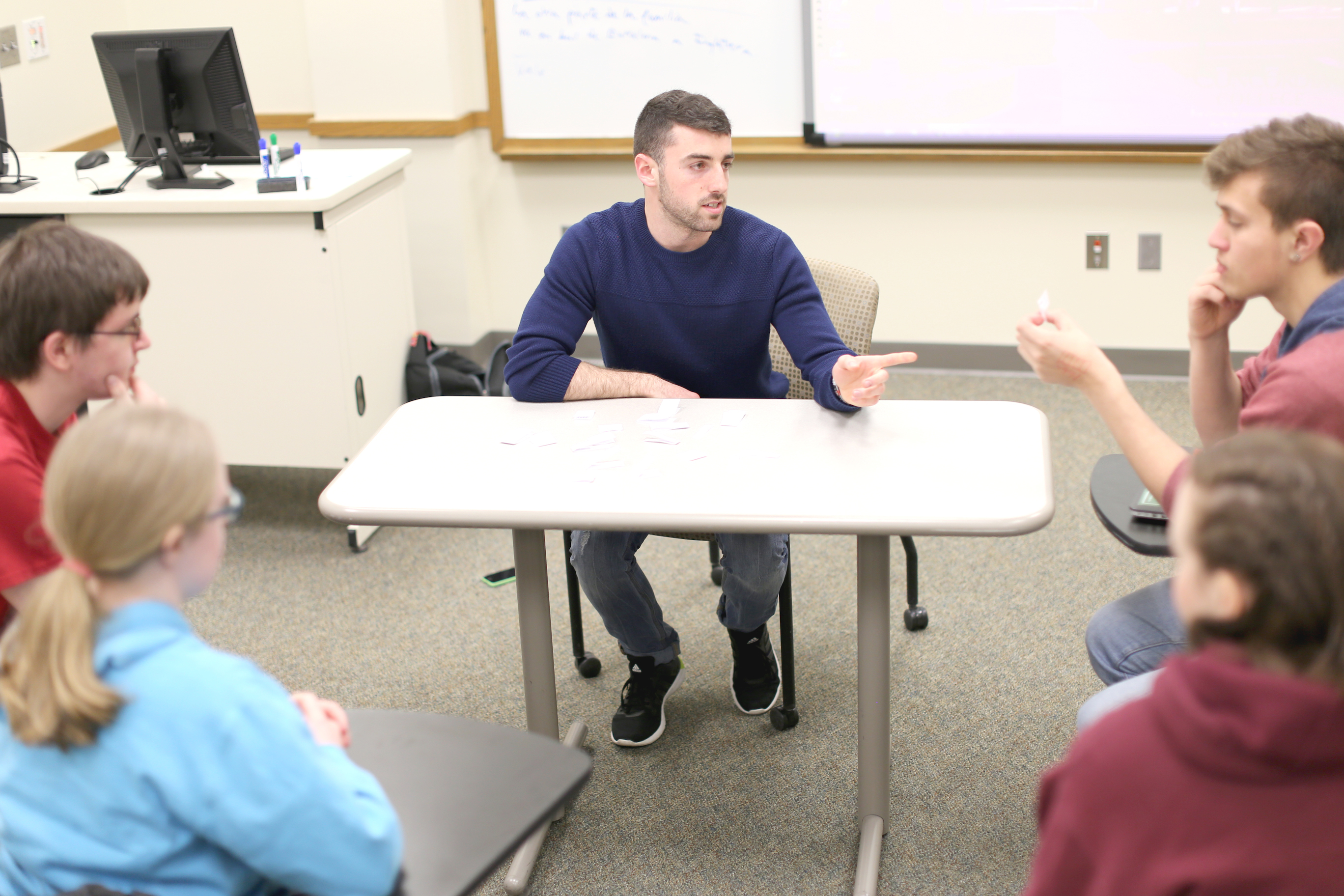 Concordia’s budget cuts have been hard on several departments, but will especially affect world language students. In addition to the removal of several majors and teaching positions, there will be no German, French or Spanish native assistants the coming school year.

The native assistants have been a resource for students learning second languages, allowing them to practice conversation skills, as well as gain insight into the culture of the language and country they are studying. As of next fall, this opportunity will be gone.

According to Dr. Mary K. Rice, chair of world languages and professor of Spanish and Hispanic studies, all of Concordia’s departments were asked to make a 12 percent cut in their budgets last year. The world languages department cut a much larger percent of their expenses, about 28 percent, because they did not want to let go of their native assistants.

“We made some big sacrifices this year in order to keep the native assistants,” she said.

Some of the things they had to cut back on were special events, department- funded weekends at the Concordia Language Villages and work studies.

Rice said she argued against the removal of the positions, but it was ultimately the dean’s decision.

“I know there is some hope. If enrollment turns around, this may not be a permanent cut,” Rice said. “If the coming classes are stronger in number, we may be able to have native assistants again.”

Katharina Kunze, a German native assistant, agrees that cutting the positions permanently is not ideal.

According to Kunze, there are several different aspects of the native assistant position, all beneficial to language students. Part of her job is to speak the language as much as possible and arrange events like cooking and movie nights. Last semester she even made German Christmas cookies with students.

Another important aspect of her position is to lead German conversation groups. There are usually three to six students per group, and they meet once a week for 45 minutes.

“The idea is that students get to talk outside the classroom, without the pressure,” Kunze said.

The group will talk about random subjects, play games and listen to German music. Kunze also tells her students about movies and music that people are watching and listening to in Germany right now.

She’s also willing to help students with their German assignments.

“Sometimes when [students] need help with their projects, they’ll ask me for help, and we’ll just go over some things,” she said.

French native assistant, Baptiste Aufrère, agrees with Kunze about the removal of the positions.

The students who participate in his conversation groups have made a lot of progress with their understanding and pronunciation of French, he said.

Aufrère said he is worried that future language students will have fewer opportunities to practice conversation skills and improve their accents.

In addition to practicing conversation skills, students enjoy the social interaction that comes with the group. Spanish native assistant Alejandro Piqué has demonstrated how the conversation groups are a good way to learn, and a nice way to have fun while doing so.

“If it’s nice outside, I’ll take [the students] to Dairy Queen or someplace else, and we’ll talk in Spanish on the way there,” Piqué said.

Rice said the world languages department is working on cheaper alternatives that can replace the native assistant positions in order to compensate for the budget cuts, at least for now. She also said Concordia currently pays for the native assistants’ housing, and gives them an allowance for food and books. Since these costs have to be cut, the department is considering — if funds allow it — to hire international students to have conversation groups with language students. Another option they are considering is having advanced language students who have studied abroad do the same.

“We’re hoping that we can maintain some of the functions that the native assistants have had,” Rice said.

According to Rice, the world language department is also currently testing an online program called “Talk Abroad,” a learning tool they are considering using next year.

The program allows students to sign up for 30-minute conversations with a native speaker of the language they are learning.

“That conversation gets recorded, so that is going to be useful as a teaching tool,” Rice said.

“What [the program] lacks is the ability to get to know the native speaker over time, and the social interaction that comes with having native assistants here all the time,” Rice said. “But it will be a good supplement in a different way.”

French major Colton Dabrowski said that he thinks future language students will not have as rich of an experience studying world languages as current students do.

“The native assistants have been an incredibly valuable addition to my learning,” Dabrowski said. “They offer insight into a culture that a book can never recreate.”

2016-04-14
Previous Post: A toast to Cord from a transfer
Next Post: Long-time librarian to shelve final book