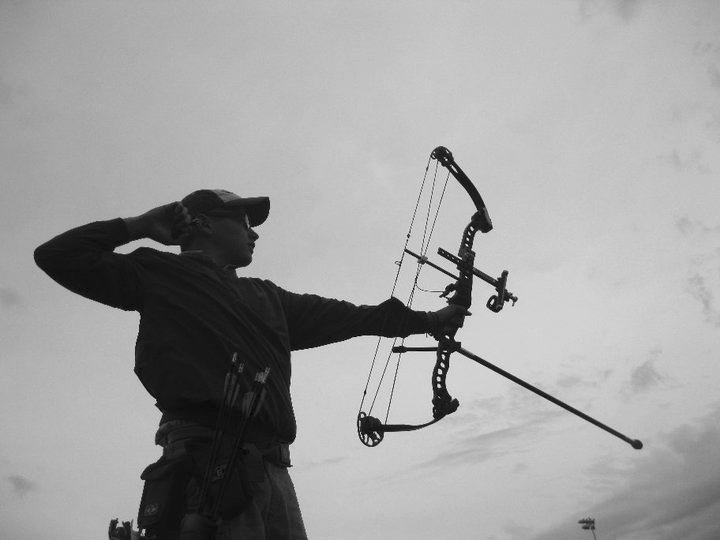 It takes a very steady hand to succeed at Milton Bradley’s Operation board game. It takes an even more steady hand to be an actual surgeon, and only the steadiest of hands get to hold national archery trophies.

By day, Chris Wiger is a college student in his junior year at Concordia College double-majoring in biology and Spanish with a minor in Chemistry and has aspirations of continuing his education in medical school to specialize in becoming a surgeon. By night, or whenever he has a free moment, Wiger is a professional archer.

“He got into shooting archery at young age,” his father, Greg Wiger, said.  “He shot a lot in archery leagues and then got into tournaments.”

Chris first picked up a bow at the age of three, and has been shooting targets ever since.

“My dad is an avid bow hunter,” Chris said. “He got me this plastic toy bow. I would just go around the yard and shoot it.”

At four years old, Chris started shooting competitively in local tournaments around the area of his hometown Brainerd, Minn. At nine years old, Chris started competing at the state level. When he was twelve, Chris competed in The Vegas Shoot — known in the archery world as the largest and most prestigious indoor archery tournament in the world — and took first place in his division.

“He tried other sports,” Greg said. “He tried soccer and baseball, but he liked archery because for him it required a lot of self-discipline and concentration.”

Shortly after competing at the Las Vegas tournament, Chris found himself hitting a bit of a growth spell.

“I plateaued and wanted to get better but didn’t know how,” Chris said.

So he did what every young teenager does when they experience a stint in their quest to becoming a prodigy: he started training with an Olympic archery coach.

“She helped me get my form down and concentrate on things,” Chris said.

Training with an Olympic coach also put Chris at a level where he could have chosen to start training toward competing in the Olympics.

“He came to a Y in the road,” Greg said. “He was looking at going into the Olympics, but he had to make a decision between schooling and the Olympics and he chose to pursue schooling.”

Shortly after choosing college over the Olympics, Chris met his girlfriend Emily Campbell, who found out about his archery skills from a mutual friend.

“He would never be the first one to talk about how talented he actually is,” Campbell said.

Even as his girlfriend, Campbell was not immune to Chris’s humility, and had to find out the hard way how good he actually was.

“When Chris and I had been dating for a couple of months, he couldn’t wait to bring me to a shooting range and teach me how to shoot a bow,” she said. “After his patient coaching, he said I was doing super well and I was encouraged to continue practicing on my own. Meanwhile, he picks up his bow and starts shooting from twice the distance I was shooting from and hits the X every time. I was thinking, ‘How in the world did he do that?’ That’s when I realized for myself just how talented he is.”

“He’s very humble,” he said. “He doesn’t brag about it at all. He’s very highly respected among the shooting world.”

Because of the time commitment of school and the associated lack of income that being a student entails, Chris does not shoot as much nowadays. He currently does not compete at national tournaments, however he still finds some time for state tournaments.

“I shoot in the money or professional class at the state level,” Chris said. “It’s a new level shooting with those guys but it makes it fun too.”

A couple weeks ago, Chris tied for fourth in the tournament and then finished seventh overall after a shoot-off.

This was also the first time Campbell had an opportunity to watch Chris shoot competitively.

“I don’t remember the last time my heart was beating so fast,” Campbell said. “I was pacing around like a crazy woman, looking through the binoculars to see the arrow in the bullseye every time, thinking that he’s probably going to miss it at some point but he never did.”

Campbell said that the consistency in Chris’s shooting came with hundreds of people standing around watching him shoot.

“He did so well handling all of that pressure.”

Chris says that his experience in archery has helped him with his focusing ability.

“Even the pros don’t do that kind thing,” Greg said. “He shoots against the pros and he holds his own.”

Though he’s not shooting at the highest possible level he could be, Greg says that Chris has no less drive than he did as a teenager competing at national tournaments.

“He’s so driven,” Greg said. “He would’ve done well with the Olympics but he’s moved that passion to working toward medical school.”

Now Chris also finds it important to give back to the sport. He taught shooting lessons while in high school, and promotes sportsmanship during competitions.

“He’s very much into growth within the sport and promoting the sport,” Greg said.

As for his future plans, Chris says that he wants to keep shooting.

And as for the possibility of Chris shooting at the Olympic level, he says that it is a matter of the competition format.

“I think that would be awesome but as of right now the Olympics only have recurve and I shoot a compound bow,” Chris said. “Las Vegas would be a good alternative.”