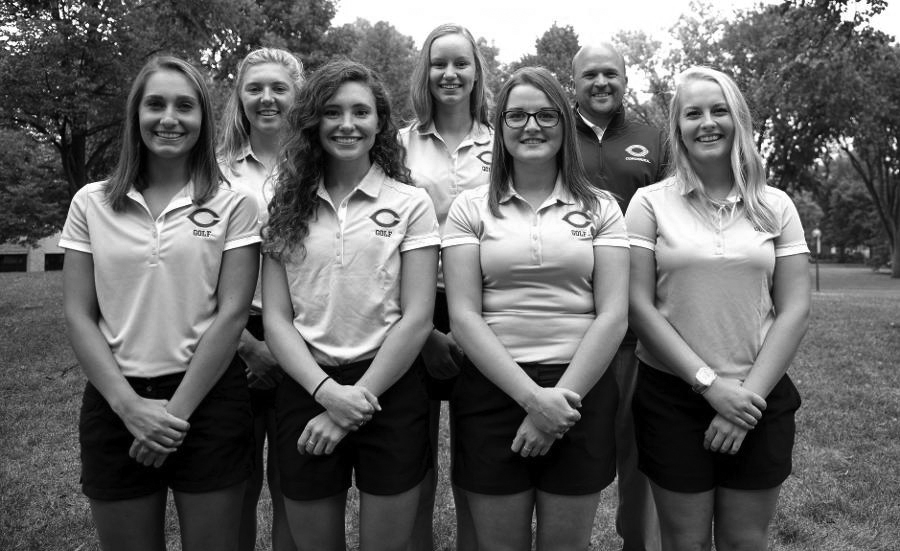 The change in leaves this fall brought in a change of coaching staff for the Cobber men and women’s golf teams. Taking the place of longtime coach, Duane Siverson, is well-experienced and PGA professional Joseph Christianson.

Christianson grew up in Halstad, Minn., in a sports-enthusiastic family, having countless family members going to college to play football. Continuing his family’s history, throughout high school Christianson avidly participated in football, basketball and of course golf. Once high school graduation came around, Christianson knew he wasn’t ready to give up on an activity he’d spent years partaking in — golf.

“I’m not six five. I’m not dunking a basketball. And I wasn’t a big fan of contact in football,” he said. “But [golf] was something I saw that I could do for a long time and I love it.”

According to Christianson, the love for golf brought him out to the East Coast, where he spent most of the last 10 years in the golf world. Christianson attended the University of West Florida where he played golf collegiately and then took up coaching as a Division I assistant coach at St. John’s University in New York, and then a Division II head coach at American International College in Massachusetts.

“I’ve been looking for a few years at returning home,” he said. “Kind of come back here to where my roots are.”

Connections that Christianson had back in the Midwest, eventually brought him home, where he’s now taking on a new division of golf with two new teams. And according to women’s junior golfer Erin Pennington, it was kind of nerve-racking at first.

Moving past the nerves, things are looking alright for the golf program.

“Overall it’s been pretty smooth,” Pennington said. “Coach Christenson has been really good about staying on top of things and letting us know ahead of time what time practice is and they are very organized. So that’s definitely made it very easy.”

Following in the footsteps of Siverson may not seem the easiest on the outside looking in, but Christianson had an idea of what to expect.

“I knew the tradition of Cobber golf,” Christianson said. “Women’s golf has been at the highest level in Division III and we’ll get back there. For the guys, there’s an opportunity to do things that no team for men’s golf has ever done here.”

To eventually bring the men and women’s teams to heights they haven’t seen, Christianson has made steps to remold the program into one of his own. Going into his first season with the Cobbers, he gives athletes two main focuses: minimize mistakes and stop caring about what the shot looks like.

According to Christianson, his handle on Twitter used to be “no pics on card,” meaning there are no pictures on the scorecard. Just a box where a number goes and he is trying to get his teams to see that.

“A lot of my work has been changing the mindset of having to be perfect,” Christianson said. “There is no such thing in golf. You can’t be perfect.”

Christianson started to change the players’ mindsets during the offseason, before he even met them.

According to Pennington, he sent out a couple emails over the summer of drills that professionals do. He insisted it would benefit them.

Those drills carried over to regular practices, and Pennington sees a difference.

“Last week we were working putting and chipping for a long time, like the entire day of practice pretty much,” Pennington said. “After an hour forty five, or two hours working on chipping and putting I could tell that my game had changed just from that.”

While it’s only a couple of weeks in, the rest of the season isn’t looking too bad. “It’s just really exciting to think about us individually,” Pennington said. “We each have things we need to work on and we all have our strengths. If we can all pick one thing to make better and combine that with the strengths that each of us already has, just think where we can go from here.”

The women and men are back on the course competing Saturday. The women will be at College City Challenge and the men will be in the Twin Cities Classic.