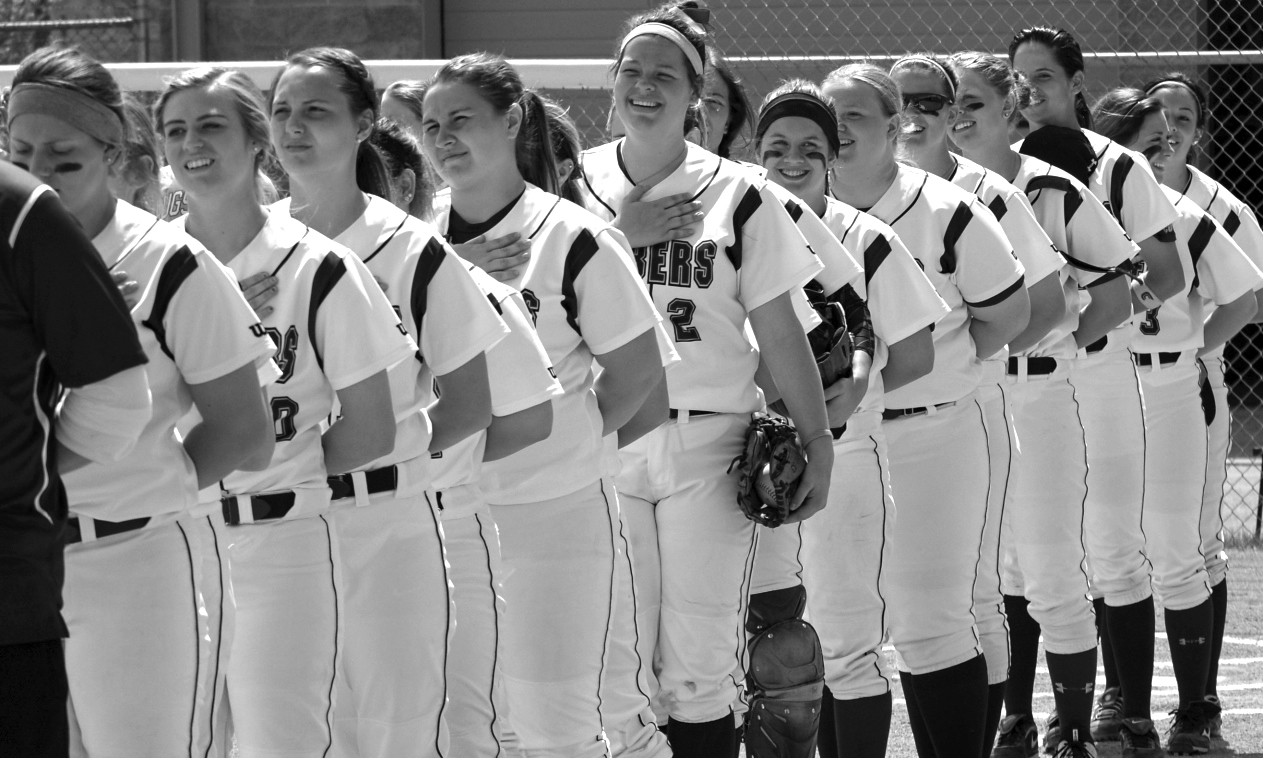 Pre-season is a time for teams to gather and prepare for their upcoming season as a team. For the spring softball pre-season it is more than just a couple workouts a week, it is a program rebuilt with a whole new coaching staff.

Former Shanley High School head coach Chad Slyter was named the new head softball coach for the Cobbers around the middle of July. And according to senior Abby Haraldson, he hasn’t wasted any time getting to know his new team.

“He called us and was like ‘Hey this is who I am. This is what I’m doing.’ And I was like ‘Aw this is really cool,’” Haraldson said.

According to senior Gabby Gardner, that line of communication hasn’t stopped since.

“Just after practice yesterday he texted us, ‘That was a great practice and a good way to start off the year,’” Gardner said. “I really like that about him. I thought that made it seem like he actually cared, which was a good feeling.”

Slyter has spent the last three years at the high school level, but before Shanley he spent 10 years coaching the softball team at Valley City State University. Recently, Slyter was searching for a way to get back to that college level, and Concordia was that opportunity.

“It had to be the right fit,” Slyter said. “Concordia seemed like it was a good opportunity at the right time.”

According to Slyter, former head coach Mike Reese had spent the last four years building up the program to what it is today, and now Slyter is there to take the softball program to the next step.

According to Gardner, the team is starting over, right to the beginning. The first couple days of practice have been stripped down straight to the basic fundamentals of softball.

“He kind of explained to us how that is going to be, just starting fresh,” Gardner said. “Seeing where we are at. Seeing where everyone is at, even if it’s not this year it will be in the future for sure.”

For Haraldson, these first couple of beginners’ practices aren’t bad at all.

“It’s so enjoyable right now,” Haraldson said. “I think everybody is enjoying it which is super cool to see. And people are learning and it’s the first week, like that is so cool.”

While Slyter is spending the spring season beginning the remolding of the program, his philosophy overall has been a change that the team is thoroughly enjoying.

Gardner’s positivity for the new coaching situation isn’t too far off from Haraldson’s.

Not only is his way of coaching different from what the team is used to, his expectations may be a little more altered. Just enough to remold the softball program into one of his own.

“I think it starts with the girls that we have,” Slyter said. “I think they have to buy into the program and the culture that we are going to try and create. Not just on the field, but off the field as well. We don’t want just good athletes, we want good people in the program.

According to Slyter, he doesn’t feel like the women are too far off from accepting the changes, be cause they know it’s for the better.

“I think as long as that [buying in] continues we are going to see progression in the program,” Slyter said.

As to be expected, uncertainty lingered during the first day of spring practices.

“I got a few funny looks yesterday at the first day of practice, but that’s to be expected,” Slyter said. “We talk about trust in the coaches and trust in the process and what we are trying to accomplish. I have no doubt that’s exactly what they will be doing.”

While it’s only fall ball, and there are still a couple months of preparation to be had, Slyter is settling in nicely with his new team.

“I’m thankful to be at Concordia and I hope that we can get some people out in the fall as they can see we are building the program,” Slyter said. “I think the girls will definitely be excited about that and we will definitely deserve that attention, I think, with the time they will be putting in this fall and spring.”

The softball team will be having their annual scrimmage Oct. 9, but this year instead of an inner-squad scrimmage the team will hopefully be facing up against Cobber softball alumni — if they can get enough alumni to commit.