Men’s tennis is on the rise 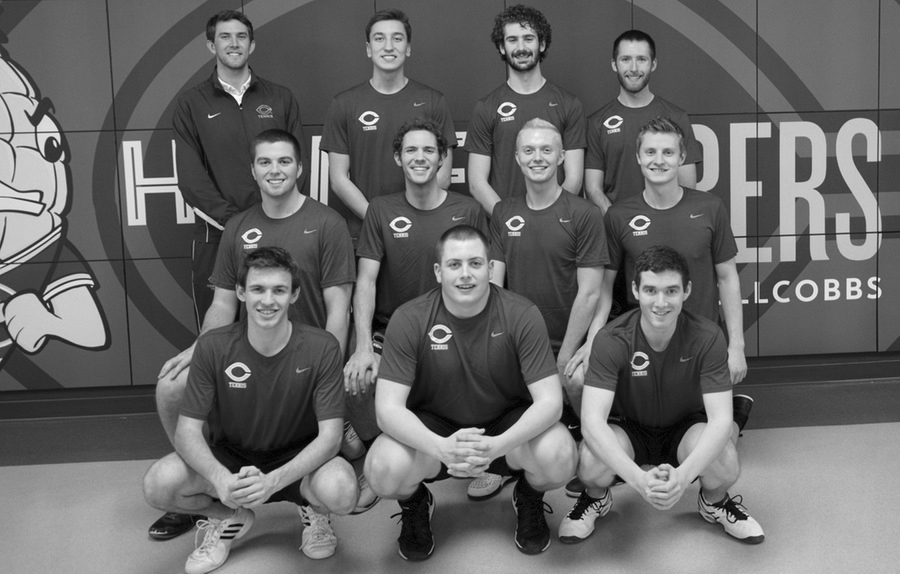 The first part of the year is a time when everyone is working on their New Year’s resolutions, but the men’s tennis team has its sight set on more than a resolution. The members are striving for improvement, and with their new coach and five freshmen, they are coming into the spring season full force.

This is the first season that the Cobbers will compete with Joseph Murrey as head coach and members of the team are enthusiastic for this season with him.

“Murrey is a great addition to the tennis program,” said Senior Jesse Schneeberger. “He brings a lot of energy and passion to the team on and off the court. I thoroughly enjoy having Murrey as the head coach and I feel great [about] how he is taking care of this program and where he is bringing us.”

“He definitely has a vision for the team,” Toivonen said. “He puts in a lot of work with recruiting and practice. He always has very organized practice routines so it’s always nice to see.”

While this year is Murrey’s first year as head coach, he has been in the program for two. Last year, Murrey was the assistant coach and was also in his very first year of coaching. However, coaching wasn’t the task that brought him to Moorhead. He originally lived down in Georgia and moved to the area about four years ago to help build in a church in West Fargo. Since then, he has been working in sales at a small company in the area.

To Murrey, Concordia was just a school in the area until a game of tennis brought him into the college coaching realm.

“I played the tennis coach at a tournament and he beat me so that’s probably a good thing. That’s probably how I got the job,” Murrey said jokingly. “We just ended up talking for awhile. We hit later on that week and he asked if I would be interested in the assistant coaching position, so that’s kind of how it started.”

Now that Murrey is in charge, the team is concentrating on aspects of the game that they didn’t as much in previous years.

“We are focusing more on actual game play … instead of doing drills and stuff like that,” Toivonen said. “I think when you play matches in practice, even if it’s against your teammates, you are more competitive. I mean drills, yeah, they can help you on strokes and how you hit the ball, but you don’t really have that competitive nature of beating someone.”

Because of a tight budget for the team, the team received discounted rates to practice on the courts on Tuesdays and Thursdays. When they aren’t on the courts working on their strokes, they focus on their conditioning.

“I know last year we didn’t do a whole lot of conditioning. I don’t think that drive was really there for the team,” Murrey said. “This year, knowing that they have [to make] a change to maybe make MIAC playoffs for the first time in awhile, that really drives them to really work on that and put in the extra time.”

This season is a new beginning with some new faces, and some individuals are more focused than ever.

“Personally I want to stay healthy and be able to help my team as much as possible,” Schneeberger said. “I’m in a tricky situation right now with juggling student teaching and practice. It is a lot of early mornings, but I’m committed to the team, and don’t want to let the guys down.”

Because of this eagerness, the team may have the push to come out stronger than last year.

“I’m really excited about seeing where we are as the season goes, if we are going to make those MIAC playoffs,” Murrey said. “You know we are going to have a hard time doing it. I’m pretty optimistic that we can. That would be a big turnaround from last year.”

Murrey’s players could not agree more.

“Last year we won two matches, which is not very good at all. But we have five freshmen and everyone has gotten better,” Toivonen said. “It’s exciting because we are on the rise.”