Women’s softball thrives with the help of new coach 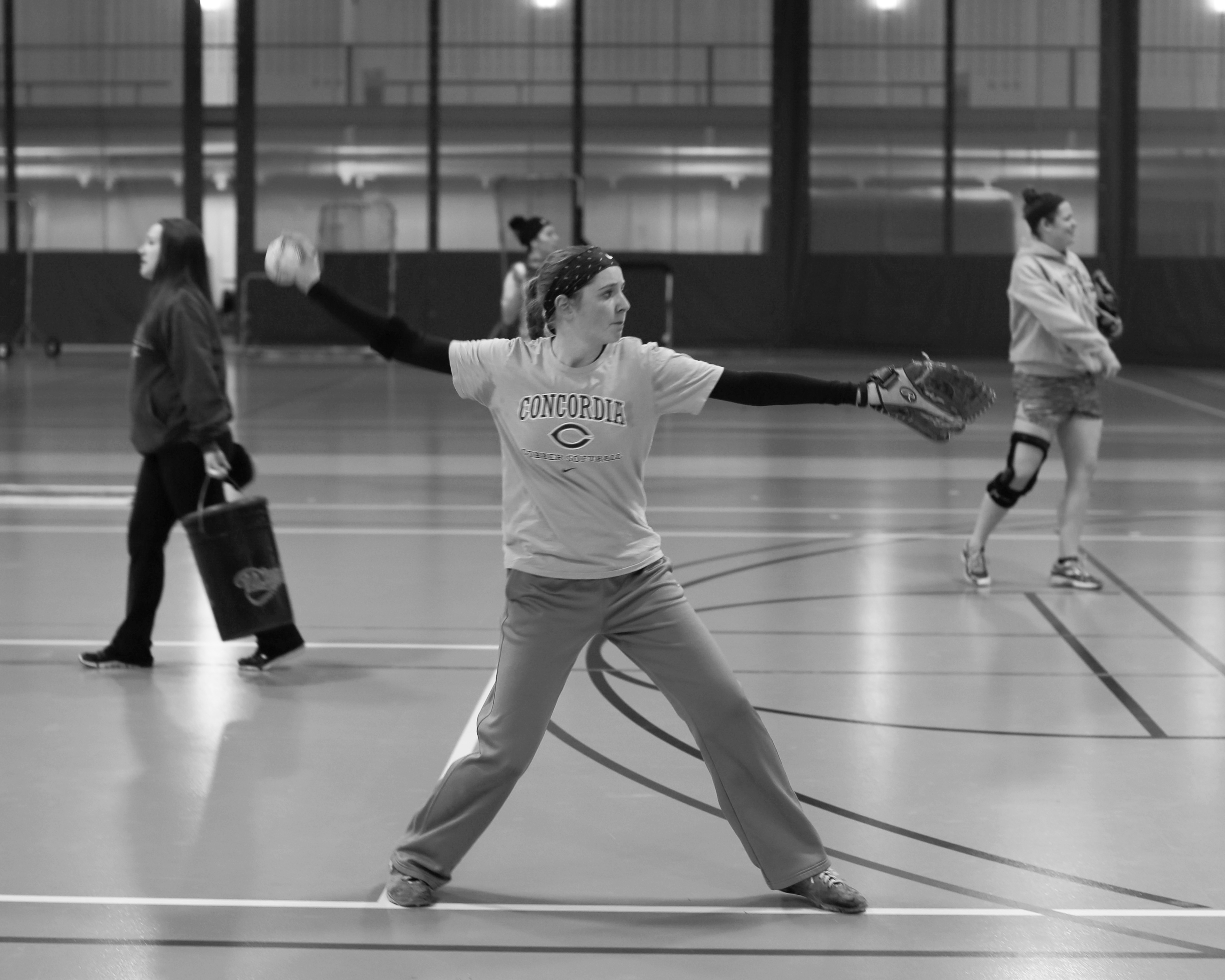 In the off-season Chad Slyter was hired as the new head coach of the softball team, taking over for Mike Reese, who had been the head coach since 2013. Slyter is set to begin his fourteenth season as a head coach. The first 10 of those seasons were spent at Valley City State University and the last three were spent at Shanley High School in Fargo.

When Slyter was hired, he brought in his own assistant to work primarily with the outfielders and the pitchers, Jen Smart. Smart played for Slayter at VCSU and thinks that their experience working together has eased her transition to the program.

Slyter believes that his girls are already adapting to the new program and has seen a noticeable difference in his players from fall practices to regular season practices.

Though he is impressed by the progress, he realizes that change takes time.

“It’s a process,” Slyter said. “It’s gonna be tough to jump right in and go from where the program has been, and you know obviously the goal is to qualify for the postseason. That’s what we’re working towards. If that happens, great, but sometimes from the coaching standpoint we understand that we gotta work a little bit to get there.”

Slyter thinks it is crucial for his players having a team first orientation. Abigail Haraldson, a senior pitcher for the Cobbers who suffered a torn ACL this off-season, is putting a hold on reconstructive surgery to try and play out the season with her injury. For Slayter, she has been an example of the things he values.

Haroldson pitched 73 percent of the team’s innings last season. Even though she plans on playing, she understands that because of her injury, she probably won’t be able to shoulder that kind of a workload. One player looking to take some of those innings is Kendra Spindler, a sophomore transfer from Ridgewater College in Willmar, Minn.

“This year will be a lot different,” Haroldson said. “I won’t be pitching almost 200 innings because Kendra has been really solid.” Spindler played mostly shortstop last year at Ridgewater and was not anticipating getting much time as a pitcher for the Cobbers this season. In high school, Spindler pitched nearly every inning for her hometown team in Wheaton, Minn. After Haroldson suffered her injury, the coaches looked to Spindler to fill in. Originally, she felt the weight of her new situation.

“I kind of tried to take on the role of having the whole team on my shoulders thing but then I realized I kind of have a team behind me,” Spindler said. “That’s kind of nice.”

On the offensive side of things, Slyter is bringing a new approach to the team.

“One thing that I’ve always been big on offensively is being aggressive,” Slyter said. “Being able to hit the ball to all fields, so we do a lot of opposite field work.”

Although Haroldson will not be able to hit at all this season because of her knee injury, she has seen the new offensive approach.

“We put a lot more time in it,” Haroldson said. “We have days where we do just strictly hitting.”

According to Slyter, his biggest goal for the team is the improvement that he is already seeing, and he looks to take that improvement into this season.

“I’m excited about the growth potential that we have,” Slayter said. “I still think we have a higher ceiling. We won 18 games last year [and] I think we still have that potential to be able to move up in the MIAC.”

Slyter will get his first chance to see the team’s growth Feb. 28 when they begin their annual spring training stint in Florida. The Cobbers will host their first home game April 1 against Saint Benedict.