By: Brady Drake
In: Featured, Sports
With: 0 Comments 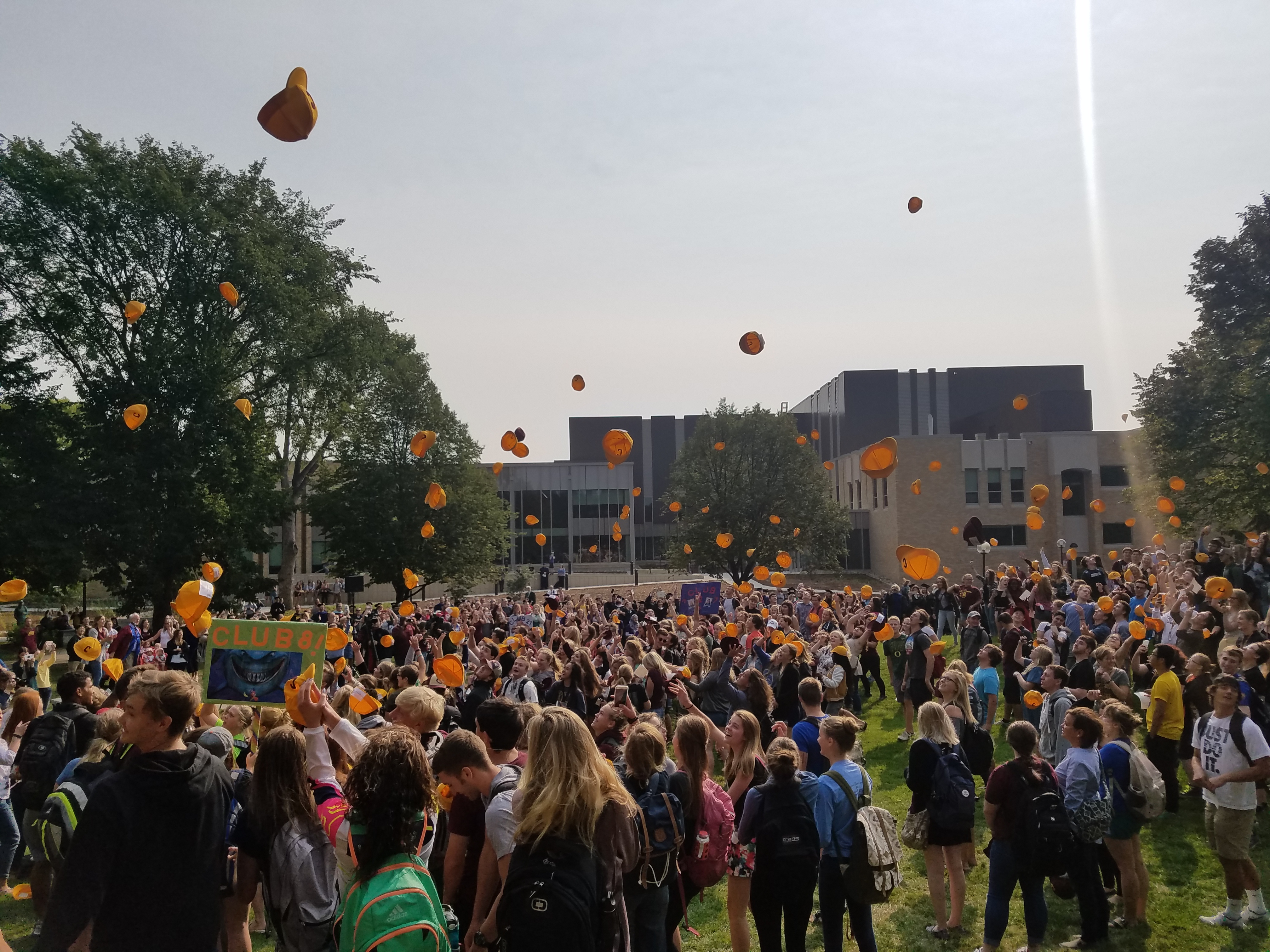 The heads have been counted, the numbers are in, and first-year enrollment is up. This year, 568 freshmen were enrolled at the start of the semester, 264 of which are student athletes.

Over 40 percent of the incoming freshman class came in as a member of at least one athletic team on campus. This number has been climbing in recent years; since 2009, on average 28 percent of students have participated in a sport. In 2016 the number was 31 percent, demonstrating that 40 percent is significantly higher than usual.

Pete Lien, Director of First-Year Recruitment, does not think there is one single answer as to why first-year recruitment is up. He does, however, attribute a large portion of it to communication.

“The communication between departments has greatly improved,” Lien said. “Not that we were doing a poor job of it before, but I think we’ve definitely put a bigger emphasis on it lately.”

The increase in communication is visible in the number of incoming athletes. According to Lien, this past recruiting cycle was the first time that each coach communicated to admissions a specific number of athletes that their team could comfortably hold. With all teams in mind, the total number heading into the recruitment process was set at 234 roster spots. This goal included transfer and international students as well as domestic incoming freshman.

The 264 first-year student athletes this fall well exceeds the original target number. The Concordia football alone team brought in 55 newcomers— 52 freshman and three transfers. This equates to of 20 percent of total incoming athletes. Head football coach Terry Horan did not plan on bring that many students to campus.

“Our goal was between 35 and 40 new recruits as we have 137 locker in our locker room, and we had around mid-90 upperclassmen tentatively coming back to play,” Horan said.

Horan is adamant about having the right students on the field and in the classroom. Even through years of low enrollment, decreasing from 2,815 in 2007 to 2,398 in 2014 and 2,114 in 2016, Lien says Concordia has stayed true to its academic standards.

Lien played football for the Cobbers from 2003 to 2006. He sees athletics as an important part of the college experience for most, citing that student athletes between 2009-2016 “seemed to graduate at higher rates than non-athletes.” Despite placing importance on the statistical data, Lien believes the most important thing that athletics can be is a vehicle for prospective students to get into the Concordia community.

“Not every student athlete is going to stick with the team all four years,” Lien said. “I can’t tell you how many of my closest friends came here to play football and ended up quitting yet still having a successful time at Concordia because they got involved in something else.”

While Bretherton did not have a hand in the the recruitment of the incoming class, he will play an integral part in the success or failure of future first-year recruitment in the athletic departments. He has already had an opportunity to meet with a few recruits for next season.

“We want to continue to refine what worked successfully last year,” Bretherton said. “I think one of the roles that I would see in myself playing is participating with our coaches and identifying prospective student athletes, dialoguing with them and their parents in the recruiting process.”