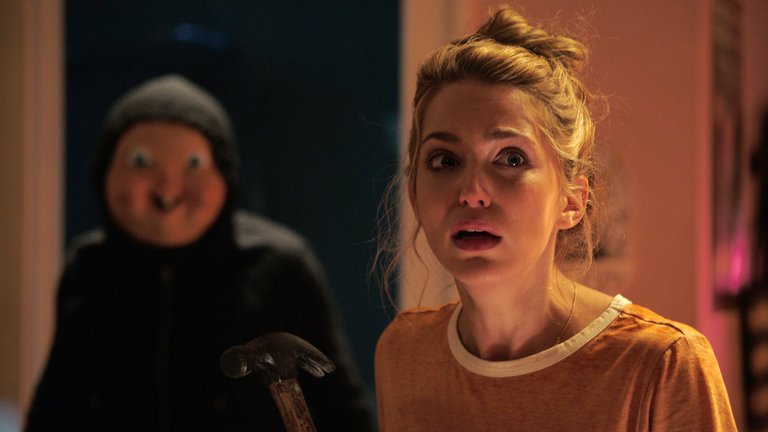 From the first seconds of “Happy Death Day,” audiences know what they are going to see. “Happy Death Day,” a horror riff on the 1993 Bill Murray comedy “Groundhog Day,” opens with the familiar Universal Studios logo repeating itself multiple times, as Tree Gelbman’s (Jessica Rothe) birthday does in the film. This clever opening recognizes the film’s source in a way that is not replicated well throughout the rest of the movie.

Gelbman wakes up on her birthday in the dorm of Carter Davis (Israel Broussard). She goes through her day condescending and dismissive toward her classmates, family, and roommate, and eventually gets lured into a tunnel where she is killed by a masked figure. She wakes up back in Carter’s bed and repeats her day, avoiding the tunnel, but still gets killed by the same attacker. She soon realizes that she is in a time loop and goes through the loop attempting to correct her wrongs. The loop does not end until she realizes who her killer is and stops them.

“Happy Death Day” struggles to access the comedic elements of “Groundhog Day,” but it does not replace comedy with effective horror. Every time Rothe’s character is killed, both she and the audience become increasingly frustrated. With around 20 deaths, the film loses its edge after the montage of deaths in the middle of the movie. The source of this largely stems from the trailer, which showed around the first three quarters of the film, leaving only the conclusion for the audience to look forward to.

The performances in the film were unexpectedly good. Rothe is terrific; she supersedes the sorority cliches that many of the other girls in the movie fall victim to and it is easy to connect with her struggle through her journey of self-discovery. She starts out as a mean girl who holds herself high above other people on campus, and it is not until after the first dozen deaths that she realizes that she is not a nice person and sets out to change that. Her love interest in the film, Carter, plays his role well considering his character is reset every time Rothe’s character dies. He still manages to contribute to the development in the days Rothe opens up to him and asks for help.

Another unique aspect of “Happy Death Day” is the urgency that develops. Theoretically, Rothe could live and die an infinite number of times, but the film dispels that thought after around a dozen deaths. At one point, Rothe’s character collapses and goes to the hospital and her x-rays indicate that the trauma from her multiple deaths is sustained in the following lives. By the time she discovers this, she has significant damage to many organs and she becomes progressively weaker as time goes on. In her penultimate life, this becomes an issue as she is not able to defend herself from her killer.

A key flaw for “Happy Death Day” is how Rothe’s character goes through her final stage of character development. After realizing she needs to be a better person and live her day as the positive person she set out to become, she still dies at the end of the day, making any action she made worthless. With the potential for such a strong resolution, Christopher Landon, the director for “Happy Death Day,” throws that out the window. In her final day, Rothe’s character does not explicitly do those good deeds, nor is it mentioned that she does, and everyone interacts in a way that assumes she did. While realism is out of the question in a story of a girl caught in time and continuously being murdered, this fault removed any aspect of realism from the film.

Another issue with this film lies in the context in which Landon adapts “Groundhog Day.” The setting is a college campus, Broussard’s character lives in a campus dorm, Rothe’s character is a nasty sorority girl, and there are multiple party scenes that are unruly and loud. Unfortunately many of the cliches, mentioned above, detract from the movie. In this case, it became overwhelming and when the film finally ended, it was not only the anticipation for Rothe’s character’s discovery of her killer, but also for the overuse of cliches to end.

At the end of the movie, Broussard’s character even brings up “Groundhog Day,” asking Rothe’s character if she has seen it as they sit next to each other the morning after she finally beat her killer. This nod to the film’s source serves as the only moment where “Happy Death Day” truly embraces the source and has fun with the concept instead of being confused and caught in limbo between comedy and horror.

In the end, this film was much better than anticipated, although it suffers many flaws that limit it from being more impactful. Despite being caught in the cliches of horror movies and sororities and its flaws, “Happy Death Day” came to a close as surprisingly adequate.