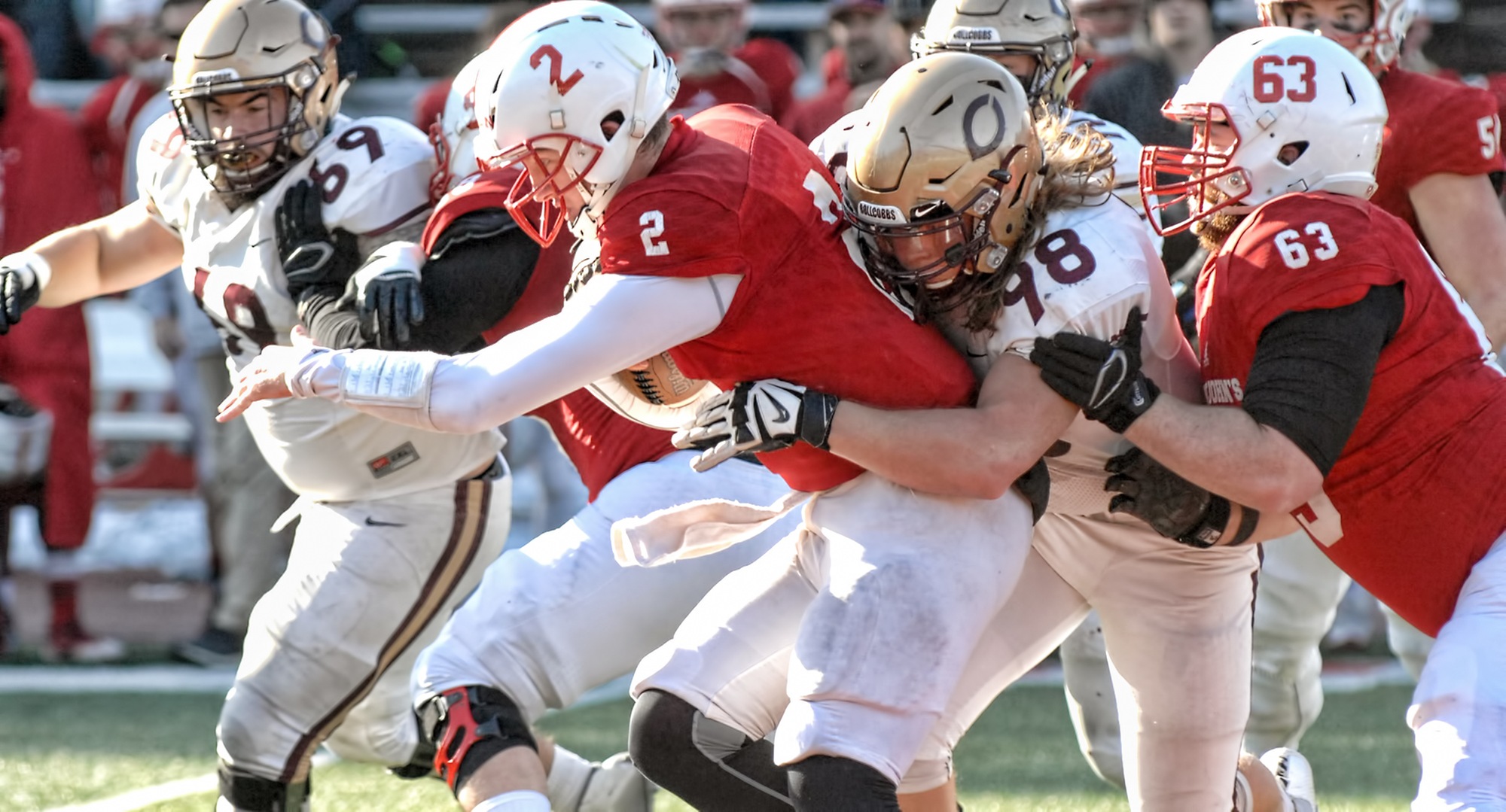 This past Saturday, Nov. 11, the Cobber football team lost 10-3 to the St. John’s Johnnies in the last regular season game of the year.

The game was a must-win for both teams if they wanted to extend their seasons. Both teams had lost to the University of St. Thomas earlier in the season, leaving them in a battle for second in MIAC standings. The Division III selection committee has rarely ever taken three teams from a single conference.

Last season, the final regular season game came down to the Cobbers and Johnnies at Jake Christianson Stadium, with the Johnnies taking a 31-7 victory back to Collegeville.

With the top two teams in the MIAC going to playoffs, placing third is a heartbreaking way to finish the season. Only five teams receive at large bids into the tournament outside of the automatic conference winning qualifiers.

Concordia has struggled to get over the proverbial hump, finishing second or third in the MIAC for the past five seasons.

The game was close throughout. Going into the second half, the score read 0-0 thanks to a strong defensive performance from the Cobbers, highlighted by two first-half interceptions.

Junior cornerback Treyton Austvold was content with where the defense was at after the first half.

“We were playing well the first half, so we just came out the second half knowing we had do the best we could and give the offensive a chance to get a score for us,” Austvold said.

St. John’s scored all of their 10 points in the third quarter, including a 24-yard receiving touchdown by Dan Harrington, who was able to sneak past the secondary with a double move on fourth down  with two yards to gain just 3:28 into the quarter.

The Cobbers struggled offensively, failing to find the endzone and turning the ball over three times. Concordia scored their only points late in the third quarter, ending a 41-yard drive with a successful field goal attempt by junior Tony Kostelecky.

Going into the fourth quarter, the Cobbers needed to cover ground, but starting three possessions in their own red zone proved a challenge. The final three Cobber offensive possessions of the game began on their own one-, two-, and six-yard line, ending with two punts and finally an interception to seal the game.

The Cobber offense was led by sophomore quarterback Blake Kragnes, who finished 11-20 on passing attempts with 102 yards and two interceptions. Kragnes felt the Cobbers were ready for the Johnnies heading into game day.

“The coaches had a good game plan for us today, and I think we executed just fine,” Kragnes said. “[The Johnnies] just had the better play in the end.”

Despite the offensive struggles, Concordia found themselves in a position to tie the game. After starting on their own six, the Cobbers drove 39 yards before Kragnes tossed a controversial interception on an attempted pass to senior Jason Montonye. On the play, Montonye reached over the Johnnie defender, Sam Westby, momentarily sharing the ball with Westby before battling for possession. After a short meeting, the officials ruled the play an interception for the Johnnies, allowing them to take over on offense and seal the victory.

Concordia’s seniors were noticeably emotional after the game. Junior Ryan Cihak, who led the Cobbers in receiving with 50 yards on five catches, is already looking forward to next season.

“It’s always tough losing the last game of the year,” Cihak said. “But I think we have a lot going into next year and that’s all we can look forward to now.”

After starting six games this season, Kragnes looks forward to the 2018 season.

“We gained a lot of experience this year and we’ve got to go get ‘em next year,” Kragnes said.