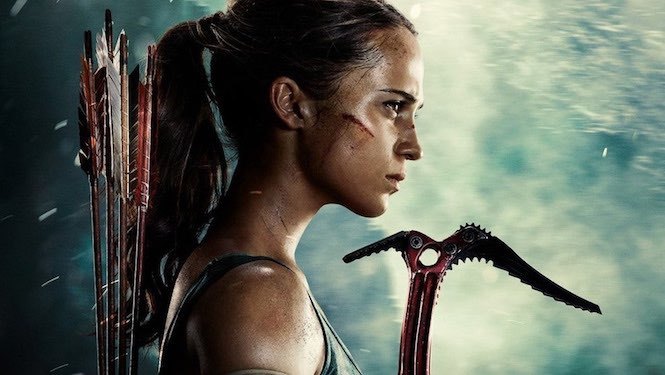 It is always difficult to see movies adapted and only be greeted by disappointment. “Tomb Raider,“ another adaption from the popular video game series, is entertaining, but does not create its original sense of awe. In a video game, the player can ponder the landscape at their own pace with 360 degree views of islands, mountaintops, and their surroundings, but that is taken away in film. “Tomb Raider“ not only takes away the awe from the landscapes, but also distances viewers from the characters and story in other ways.

At the start of the film, there is promise in the storyline. Lara Croft (Alicia Vikander) is getting beat up in a kickboxing club and the first words of the film are of the coach telling her she will fail. After that, we see the best scene in the film: a surprisingly poor Lara Croft struggling to make ends meet. She denies that her missing father, Richard Croft (Dominic West) is dead and refuses to sign his death document to receive her inheritance. To get the money she needs to find him, she offers to be the fox in a “hunt,” an event where bikers pay an entry fee to chase another biker with a fox tail on their bike. If one of the pursuers snags the fox tail attached to the back of her bicycle, she loses and the catcher takes a share of the prize. If she gets away, she takes the whole pot. After she loses, she sells a prized possession, the necklace her father gave her as a child. Next Lara goes to Hong Kong, is robbed, gets her possessions back, ends up on a boat with a drunken sailor named Lu Ren (Daniel Wu), and prepares to travel to the undocumented island her father disappeared on seven years earlier.

Halfway through the film, the many flaws begin to expose themselves. The well-directed scenes by Roar Uthaug are lost in the weak story on a mythical island off the coast of Japan. On the island is the tomb Croft’s father was searching for, holding Himiko, the Goddess of Death. Lara Croft and Lu Ren encounter an organization, Trinity, also trying to find the tomb. Their intent is unclear, but they want to weaponize whatever is there. Richard Croft’s notebook states that ancient texts tell of a woman who “spreads death and destruction with the touch of her hand.” They also speak of the three levels one must descend to find Himiko: the Faces of Himiko, the Chasm of Souls and the Army of 1,000 Handmaidens, all sounding very ominous yet intriguing to the many explorers.

The movie loses its humor and Lara Croft begins to slip away from her character halfway through the film. We no longer see Croft analyze the puzzles. She just does them, alienating the audience from the experience of trying to do the puzzles or understanding how they even work. What compounds the issues is the fact that while in the tomb of Himiko, there are no images of travel between locations. There are only the three levels mentioned above and the entrance. The lack of exploration of the locations on the island makes it hard to connect to the mystery of the island or visualize the world Croft is in. Lu Ren suddenly sobering up, the confusion of how and why Trinity is on the island, and how the many documents Lara brought with her to the island were not lost in a shipwreck are among the many flaws in the film.

Despite these flaws, “Tomb Raider” is an enjoyable film. It is an example of how blockbusters and popular video game franchises may not transfer to box office success. Putting a video game on screen takes away the adventure that each person can go on if they were in control, and in this case, that adventure is not very thrilling. There is potential for a sequel, but only if the film see mores success in domestic markets. After reaching number one internationally, the next step is finding success in the United States.