By: Brady Drake
In: Campus, Featured, News
With: 0 Comments 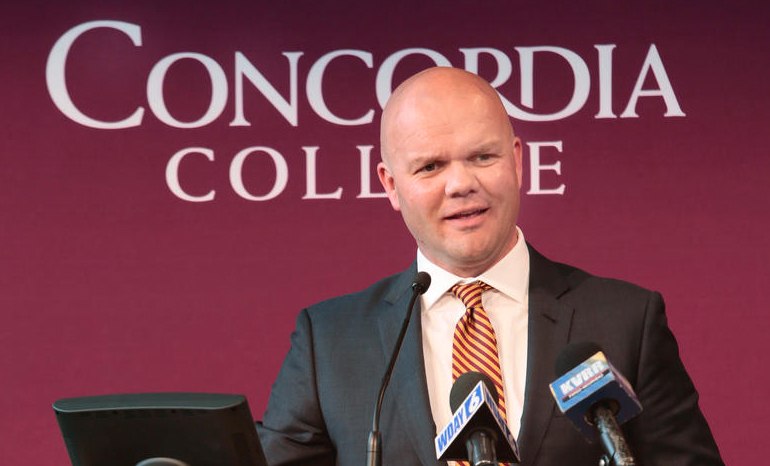 Concordia released a statement last Wednesday stating, “Effective April 4, Jeff Bretherton has resigned his position and will no longer serve as Athletic Director at Concordia College. Rachel Bergeson will serve as interim Athletic Director. The planning for identifying a new athletic director will begin immediately.”

Before coming to Concordia, Bretherton was a senior development officer at St. John’s University from 1996-2003, leading a multi-million dollar campaign for athletic facilities. Most recently, he worked in Missoula, Montana fundraising for the Heart of the Rockies innitative. It was this fundraising and development background that incentivized Concordia to hire Bretherton.

The Concordian has reached out to Bergeson and other athletic faculty for comment and will continue to report on this story as it develops.