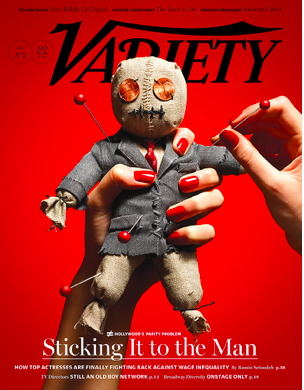 The film industry has been in a dispute over the wage gap disparity in Hollywood. Over the past few years, the nation has centered its focus on the acknowledgment of gender inequality. In the entertainment industry, films influence their viewers through the screen. People involved in the film industry are coming together to ensure that all genders, races, sexual orientations, abilities and issues are given equal opportunity within all aspects of a workplace, especially film. Hollywood is no exception to the issues of wage disparities across the many professions, and many actresses and actors are openly fighting for higher pay and equal representation.

Fargo’s own Matt Myers, a film producer known for his work on the Netflix film “Irreplaceable You” gave some insight on what the wage disparity looks like from inside the walls of Hollywood. Myers pointed to the Vanity Fair article published on Jan. 19, 2018 that includes details about the pay discrepancy between Mark Wahlberg and Michelle Williams. The journalist, Yohana Desta, reported on the situation that Wahlberg and Williams experienced regarding their almost $4.5 million wage difference for their film, “All the Money in the World.” This ironically titled movie is now causing actresses and actors to push against the gap and fight for equal pay.

The AV Club is a pop culture website that critiques and reviews the latest box office hits. Their journalists did research on the Wahlberg/Williams situation and discovered that “Wahlberg has toplined – and appeared on the poster for – every one of his movies since 2015.” Michelle Williams’ recent work since the 2013 “Oz The Great and Powerful” has mainly consisted of indie work and supporting actress roles.

Aside from this particular situation in Hollywood, Matt Myers also addressed the current female representation that we see on the big screen, television, and behind the scenes.

“We have a long way to go, but the change is encouraging,” Myers said.

The film producer discussed movies like “Wonder Woman”and “Star Wars” that portray strong female leads saving the world. For behind the scenes work, Shonda Rhimes, the executive producer for “Grey’s Anatomy” and “How to Get Away with Murder,” became an important milestone for the film industry showing that a woman can get behind the camera and make popular and successful films and shows.

Emma Garton, a communications major who took numerous film classes at Concordia, pointed out the 2018 Emmy Awards. On Sept. 17, 2018, both males and females were nominated for their outstanding work in limited series and movies. Many females took the stage as winners of lead roles, supporting roles, writing, choreography, producing, editing, etc.

The acknowledgment of gender equality is relevant in all professions, especially in the film making industry. Keep an eye on the box office to see the gender representation in the new upcoming films.

2018-10-03
Previous Post: Authorities determine fire on Concordia property to be arson
Next Post: Violence against police hurts more than it helps