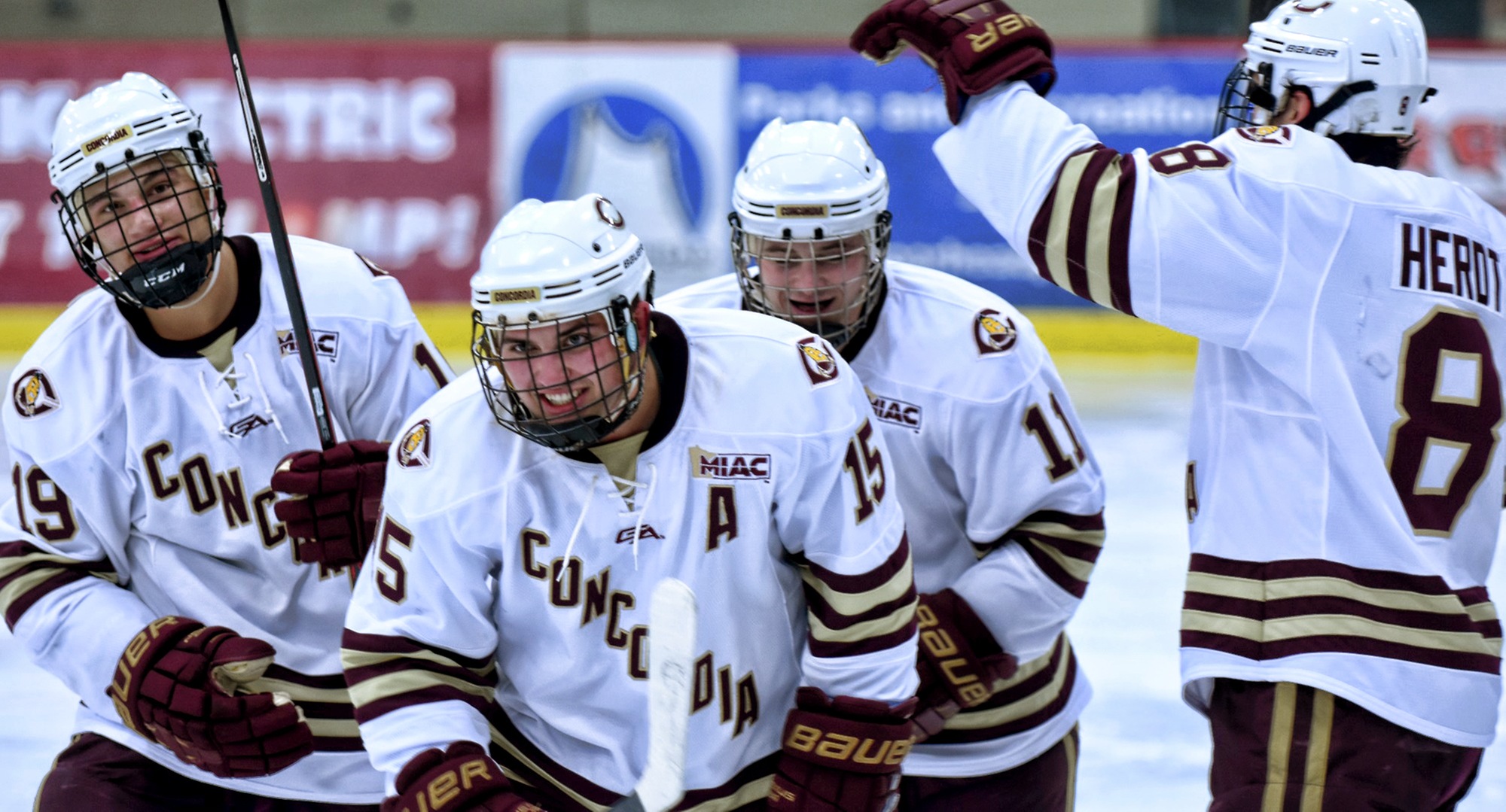 With six straight playoff appearances under his belt, head coach Chris Howe and his men’s hockey team have firmly announced their presence as an annual contender in the MIAC.

After losing a core group of seniors that included last season’s MIAC most outstanding player Zach Doerring and long-time contributors like Jon Grebosky, Dalton Mills, and Bryan Kronberger; the Cobbers will look to continue that streak and press for a finish higher than the fifth spot they have claimed each of the last two seasons. With 16 new faces in the locker room, Concordia is ready for the challenge.

“We lost that really outstanding group of seniors that went way beyond a number of players,” Howe said. “Each of them were getting close to 100 games, so we knew we had to bring in some new players. We had a couple transfers and then we had 12 new freshman come in. It’s about half of our team that’s new and half that are returning. We’re really excited about that and really looking forward to seeing what they bring to the table.”

Despite losing some top-notch talent, Concordia returns a slurry of impact players who will look to expand their role with the team this season. At the defensive position, Howe returns a group that has been making a difference at the blue line for the past two seasons. Up front, some players will look to make a bigger impact after showing their skills at the tail end of 2017-18.

“You talk about Tanner Okeson, Eddie Eades, Kyle Siemers, Alex Stoley, and Turk Scatliff,” Eades said. “That whole back end is really outstanding. Then there’s another couple players. Blake Berg came on the scene last year and then Beau Wilmer, too. [Goaltender] Jake Stephan is not one that you talk about necessarily, but he was a rock for us back there in net at the end of last season.”

The biggest addition for Concordia this season is a player who has spent the last three seasons with the Cobbers. Senior forward Mario Bianchi, who missed the end of last season after injuring his knee at Saint John’s in January, is back for his final year and has started the year with a vengeance, scoring 10 points (7-3-10) in his first four games. Joining him up front are two newcomers, Tyler Bossert and Aaron Herdt, who have also contributed early on.

In total, the line of Bianchi, Herdt, and Bossert has scored 28 points through the first two weekends of the year.

“It’s been pretty good,” Bianchi said. “We didn’t skate a ton together in captain’s practice, but since we’ve been together with the team we’ve been getting a lot of reps. They’re both great players. They’re so fast, probably two of the fastest guys in the league. So it’s pretty easy, I’ve just gotta kind of find the right spots and they’re always finding me.”

Bianchi was leading the Cobbers with 22 points last season when he was injured, but he is back after a lengthy bout of rehab.

“It’s been feeling pretty good,” Bianchi said of his knee. “It’s definitely taking a bit of time. When captain’s practices first started I was kind of going easy at it, but I’ve slowly progressed into it and it’s feeling pretty good right now.”

Howe said that Bianchi’s impact on the team as a scorer and leader can’t be underestimated.

“It’s like having a new recruit,” the 11th-year head coach said. “Someone to bring new life to the team…He makes my job extremely easy with the type of person, player, and student-athlete he is. I’m extremely grateful for him and all of our guys.”

The Cobbers are 3-1-0 through the first four games of the season and will head to UW-River Falls this weekend for a pair of games before MIAC play begins next weekend on the road at Bethel. The men return to the Moorhead Sports Center on Friday, November 30 for a weekend series with the St. Olaf Oles.

2018-11-09
Previous Post: Politics at Concordia: to be or not to be?
Next Post: Nutrition and dietetics research: Reaching your exercise goals