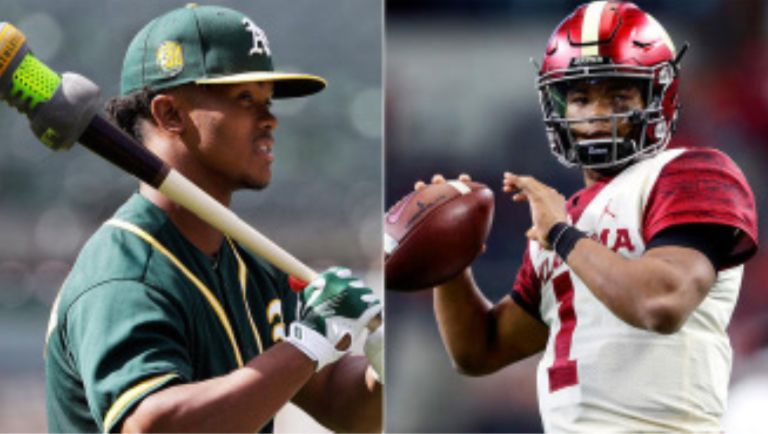 Oklahoma Sooners quarterback and future Oakland Athletics millionaire Kyler Murray won the Heisman Trophy on Saturday in a somewhat surprising triumph over Alabama quarterback Tua Tagovailoa. Like many athletes who have been given their 15 minutes of fame in the age of social media, Murray’s win was quickly overshadowed by his past posts on Twitter.

USA Today reported on Saturday night that Murray had tweeted homophobic slurs in several tweets between he and his friends in 2011 and 2012.

To be clear, Murray’s immaturity and mistakes deserve criticism. Many are criticising the USA Today for releasing these tweets, brushing the report by Scott Gleeson off as a personal attack meant to detract from a promising young athlete who had just been crowned the best player in the country for the sake of political correctness.

For what it’s worth, these people are wrong. Nobody is too big for criticism, and Murray was in the wrong.

The tweets should not be ignored or forgotten — people make mistakes, and it is very possible that Murray has legitimately matured over the past six years. However, the root of the problem lies not with the reporting of the tweets but with the expectation of perfection from the public.

When they are playing on television in primetime, receiving awards and being talked about all day on ESPN, it can be tough to remember that college athletes are categorized closer to you or I by the NCAA than the professional athletes that will be their peers in the future — a few months for the seniors.

As the first generation to grow up fully immersed in social media reaches the age where they become the focus of massive public fandom and attention, this is bound to keep happening to college athletes who have become the faces of their respective universities. Kyler Murray is not the first to suffer this fate, and one can only imagine that the stars of the future that have been on Twitter and Instagram since they were in grade school are going to be caught saying some things that won’t reflect well on them or their schools.

Add the potential for a public relations fallout to the reasons schools should be allowed to pay their athletes. There is an expectation that these stars are clean as a whistle, despite no evidence to back it up. People seem genuinely shocked when it comes out that the 21-year-old who is the most popular person on campus said something stupid on social media when they were the 15-year-old who was the most popular kid in high school.

If you want athletes to live up to the expectations placed on them by their coaches, boosters, television personalities, etc…then hire someone to go through all of their posts and make sure that everything is good to go before the USA Today gets ahold of something incriminating.

All Division I schools have communications staffers who try to keep an eye on this kind of stuff, but there is no way that they can keep track of the 100+ players on a college football team, much less the other sports they keep track of in addition to it. Professionals get agents and public relations people to vet everything, and when they do their jobs, we don’t hear about their players in these kinds of controversies.

None of this is going to matter for Kyler Murray. He’s going to go play baseball for the Oakland Athletics and make millions in the process while avoiding the repetitive hits to his head that would come from a career in professional football. Murray stands to make millions and people will likely forget about this brief controversy in a few weeks, but other college athletes would be wise to heed the warning of the saga and take a pass over what they’ve posted in the past.

It’s not that hard. Or at least it seems that way.

The bottom line is clear. Right now the only difference between professional athletes and so-called “student-athletes” is that the college players theoretically have to go to class. Never mind the fact that these players are making millions for their schools, if we are going to continue to treat college stars like professional athletes, then they should be compensated as such.