From economics to med school: Concordia grad pursues his passion for psychiatry

By: Alaina Shelstad
In: Campus, News
With: 0 Comments 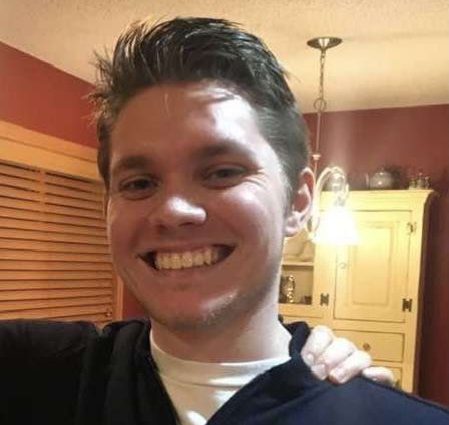 Growing up, most teenagers go to college, graduate with a degree and continue expanding on that acquired knowledge in their adult careers. But Kaj Bjorge bewildered even his closest family when his journey took a turn.

After graduating with a bachelor’s degree in business-economics, many of Kaj’s loved ones thought he was going to find a job in a firm or attend a graduate-level business school to continue his studies. Instead, he chose to enroll at another university and complete courses for medical school.

For non-first-time students re-entering college, less than 34% are expected to graduate and the rate of graduates who pursue a second degree in biological or life scientists is at 29%, according to Inside Higher Ed.

But Kaj wasn’t discouraged by more schooling or fear of failure; he wanted to learn more. His hope was to strengthen his understanding of a specific topic: human behavior.

Throughout his years in school, Kaj always studied the concepts of psychology and human science with immense intrigue. He loved exploring why people act the way they do, and he enjoyed finding answers to explain behaviors he didn’t understand.

In high school, Kaj took many different classes to satiate his desire to learn about human tendencies. One class that fascinated him was an economics class.

The predictability of consumer behaviors and its impact on society ignited a passion in Kaj to learn more about the economy. From there, he continued researching businesses and their consumers outside the classroom.

Alongside the economics class he took, a psychology class Kaj also had in school faced him with a similar reaction: he just wanted to know more.

“I was learning about things that are still unknown, like the psyche and different brain disorders,” Kaj says, “and it always left me wanting to find more information on it.”

His mother, Kate Bjorge, had noticed his analytical and explorative tendencies from a young age. Instead of racecars or toy guns, Kaj loved completing puzzles and solving Rubik’s Cubes when he wasn’t nose-deep in a book.

“Problem-solving wasn’t frustrating to him, like other kids,” Kate says. “He enjoyed the process of finding the answers to those unsolved problems.”

His younger brother Haakon admired this trait about his brother as they grew up. With a five-year age difference between them, Haakon looked up to Kaj and viewed him as “the Megamind in the family without the bald blue head.” To Haakon, Kaj was an encyclopedia of information in the family, and he could turn to him for answers to anything.

“You’d ask Kaj about something, and he’d know the answer,” Haakon says. “And if he didn’t know the answer, he’d disappear into his research and come back with one thirty minutes later.”

Kate also noticed Kaj’s conscientiousness, and she admired how he pushed himself to do thorough work in all aspects of his life. Even while being involved in band, clubs and sports during his youth, Kaj graduated high school with honors and a pristine GPA. He was even elected as “Most Likely to Succeed” by his senior classmates.

Beginning his post-secondary education with an undecided major, Kaj spent the first three years at Concordia College exploring different fields of study. He felt inclined to know more about various subjects. He couldn’t imagine settling on a singular subject when he wanted information on them all.

Concordia offered a distinguished business school filled with many things he could learn about patterns of behavior in the economy. Kaj took many business and economics classes, strengthening his understanding on the topic. It allowed him to obtain a broader perspective of consumer science.

With a major still unknown, Kaj solidified his decision during the second semester of his junior year. Having already completed a surplus of courses, he decided to finalize his decision to pursue a degree in economics.

But he hadn’t given up on his passion for human behavior. While maintaining a perfect GPA for his final three semesters at Concordia, Kaj would research different disorders and psychological phenomena on the side.

While learning many different things simultaneously, Kaj still made sure to excel in his studies at school. For that, Concordia named him their 2020 Economics Student of the Year for his impeccable work as a student. He graduated the same year with a business-economics degree.

Then, shortly after that, he began medical school in hopes to become a psychiatrist.

Though this came as a shock to some of Kaj’s friends and immediate family, Kate wasn’t surprised by his decision. As a kid, Kaj had always been well-reserved and observant, and he loved people-watching whenever they went to the store or sat in church.

“People seemed to just fascinate him,” Kate says, “and I think Kaj was drawn to both economics and psychology from the human science behind it.”

To Kaj, the concept of human behavior looked like one big problem to be solved. Consumer tendencies applied economically—as well as mental health tendencies applied psychologically— left unanswered questions that only fueled his desire to keep seeking out explanations.

He enrolled at St. Cloud State University in the fall of 2020 and has been exceeding his professors’ expectations since he first began. One of Kaj’s psychology professors is infamous for being extremely difficult to learn from, and while most students pass the class with a D-average grade, Kaj has aced every single test and exam he has received in the class.

After his prerequisite courses this year, Kaj will go on to take graduate-level courses; later, he plans to pass his final exams and earn certification to become a licensed psychiatrist after graduating from SCSU in spring 2024.

Kaj aspires to utilize the business aspect of his degree to assist him in opening his own psychiatric practice after becoming a certified psychiatrist. Consulting and research are two areas of psychiatry he plans to expand, and he hopes to continue finding resolutions to questions he has yet to answer.

“Studying people is kind of like trying to solve a calculus question with a fourth-grade education level,” Kaj says. “If you search long enough and think hard enough, there’s bound to be some type of information that can help bring you to an answer.”