Concordia alumni to have two films in Fargo Film Festival 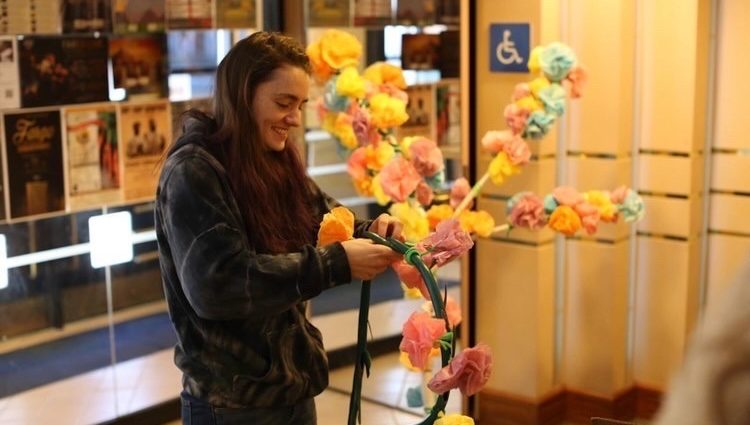 Regional talent to be showcased in the Fargo Film Festival is not uncommon, but multiple features in the same fest is truly something.

Reilly Myklebust ‘18 is the producer of two films showing this week at the Fargo Film Festival.

In 2018, Reilly was a line producer and first assistant director for “Glob Lessons,” a film directed by Nicole burg. Rodenburg and her creative partner Colin Froeber co-wrote and star in the film as well. They shot the film around the Midwest in 16 days, including several scenes in Fargo.

Myklebust majored in communication and minored in film studies as a Cobber. Recommended to Rodenburg by Concordia film professor Greg Carlson, Myklebust could not have received higher praise from the director.

“She could not have been more awesome. She helped secure a number of locations, including one major location that we really needed.” The film included over 40 locations and did not lose a single one — an impressive feat for a small, independent project.

Myklebust also organized the calls for extras, including a large ensemble of children that appear in the film as well.

“Glob Lessons” follows two thirtysomethings partnered together on a children’s theatre tour through the Midwest. The duo realizes they share a lot of the same feelings and insecurities about themselves, and the film sees them navigating the frigid winter learning more about each other.

The film was selected to play at Tribeca Film Festival in 2021, and won the Prairie Spirit Award at the Fargo Film Festival.

“Glob Lessons” was shot with a small crew during a particularly snowy winter. Myklebust even helped navigate shooting around a blizzard.

After filming “Glob Lessons,” Dean Peterson, the cinematographer on the film, was so impressed by Myklebust’s resilience and work ethic that he asked her to produce his third film “Kendra and Beth,” — also shot in Minnesota, where Peterson grew up.

“She blew me away,” said Peterson. “She’s smart and hard-working, and just unflappable. That was the thing that impressed me the most. When you’re shooting a movie, things will go wrong constantly.”

“The mark of a good filmmaker is being able to weather challenges without letting it shake you,” Peterson added.

“Kendra and Beth” is a dark comedy about the only woman employee of a sausage company who lives with her ailing mother and her “struggling artist” brother. A woman from down the street from her enters her life and reinvigorates her life.

Currently, Myklebust is studying through a master’s program in Norway called Screen Cultures.