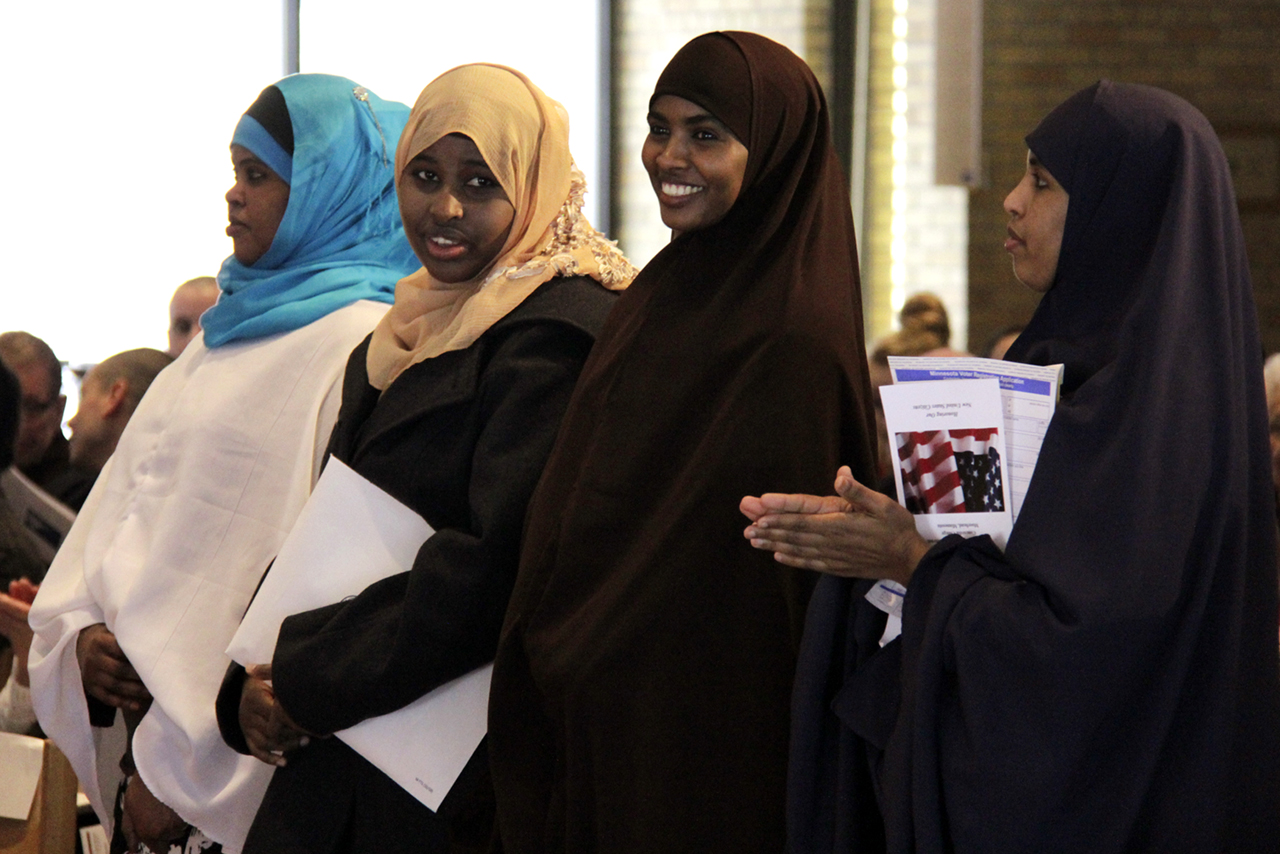 On March 9, 31 people came to Concordia College for a celebration and ceremony and left as new United States citizens. This naturalization ceremony was attended by families and friends of the new citizens, as well as Concordia staff, faculty, students and even alumni.

The ceremony consisted of the necessary legal request for naturalization of the applicants, the oath that all new citizens must make and a few short speeches. Concordia President William Craft was present to congratulate the new citizens. Also present was senior Tyler Dugger, current president of the Student Government Association, who led the pledge of allegiance.

“I can’t even possibly begin to understand the excitement of these people,” Dugger said.

The multicultural group of new citizens represented 15 different countries, including Nicaragua, Iraq and Vietnam. Eager families and friends took pictures throughout the ceremony and even gave shouts of congratulations to the new U.S. citizens.

Naturalization ceremonies take place daily all across the country. Applicants for naturalization must complete a written application, be interviewed by government officials and pass a written exam on U.S. government, history and English language skills. People who become naturalized are, in turn, given all the rights of citizenship, which include the right to vote and the obligation to serve on a jury if called.

“Citizenship is a very precious thing,” John R. Tunheim, the presiding judge, said in his speech during the ceremony.

Tunheim explained that naturalization ceremonies are held in a variety of venues rather than just at a local government facility. In some places, large ceremonies with hundreds of naturalized citizens are held.

“I like to bring them out from the courthouse,” Tunheim said.

Craft commented on the importance of holding such a ceremony at Concordia. He explained that the term “liberal arts,” which the college is founded upon, literally translates to the “arts of citizenship.” In addition, Craft commented that the ties that Concordia has with some of the alumni present offered a good reason to hold the event at the campus.

Several Concordia alumni present included one of the naturalized, Rebecca Ram, who graduated two years ago. Ram moved to the United States from Guyana about six years ago. Tunheim, another Concordia graduate, is also chair of the Board of Regents.

Tunheim has, since his graduation, been involved in a number of national and international affairs. His current employment as a district court judge, which he has been doing for the past 16 years, has given him the opportunity to travel abroad. In particular, Tunheim has been vital in the creation of a new constitution for the country of Kosovo. The alumnus has been to Kosovo over 40 times to help implement their new constitution and for other affairs.

“There’s so much anti-immigrant feeling around, and there shouldn’t be,” Tunheim said.