Community performs their take on classic board game ‘Clue’ 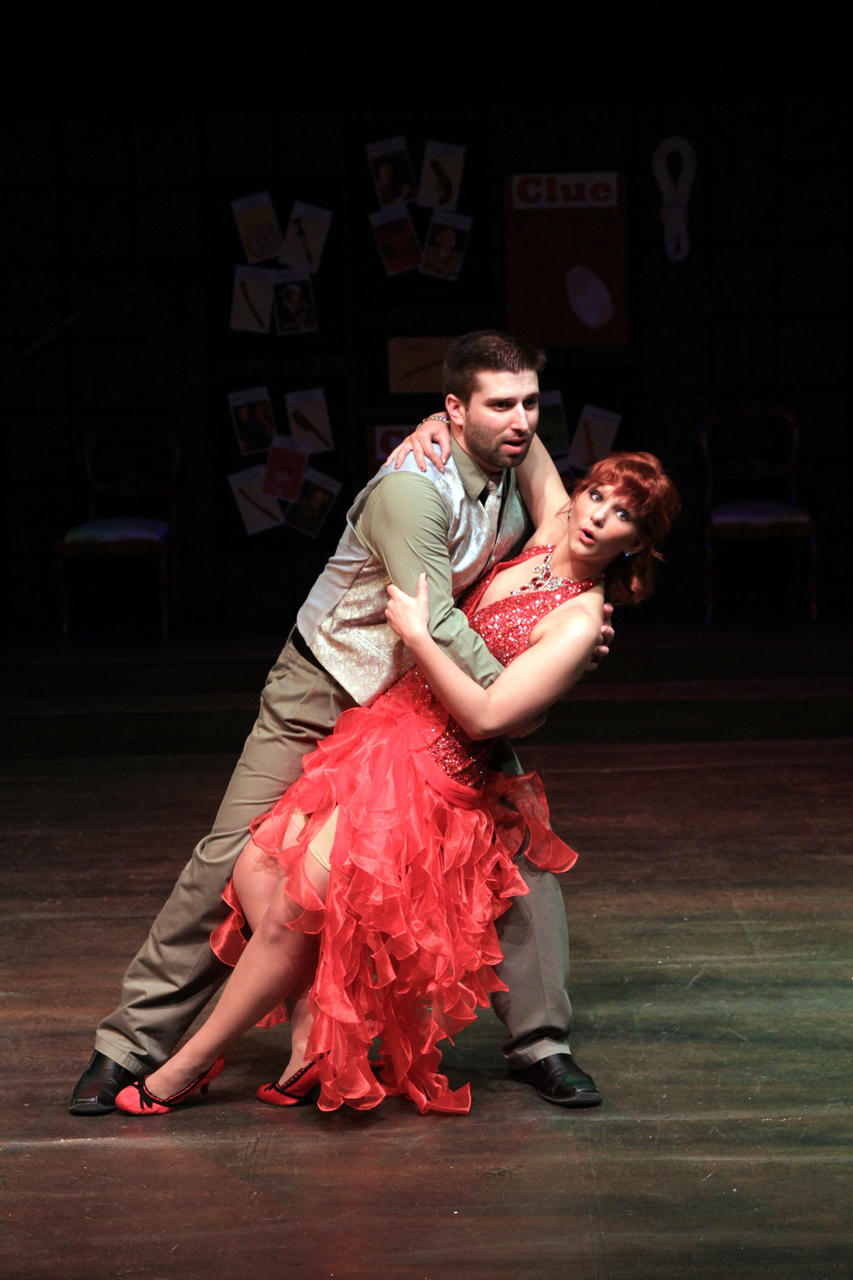 Miss Scarlet in the ballroom with the candlestick. Does this string of words sound familiar? That’s because it comes from the murder mystery board game “Clue” that many played as children. Earlier this month, members of the community had the chance to act out the game as characters in Fargo-Moorhead Community Theater’s performance of “Clue: The Musical.”

This sold-out performance directed by Lori Koenig attracted many young couples and even children with their parents. Upon arriving, viewers were given a Clue game card, which listed suspects, rooms and weapons. On the stage, secret Clue cards were set up as the background, and six chairs sat around the stage, each representing a different room. The audience was ready to solve the mystery of the murdered Mr. Boddy.

Before the play began, three children were selected to pick the cards that determined which of the possible 216 endings would be performed that night. These cards were then placed in an envelope marked “Confidential.”

Throughout the play, clue cards were revealed and the audience found out each character’s possible motive for killing Mr. Boddy. For Mrs. Peacock, he was her fifth deceased husband; Mr. Plum had been in business with him; Miss Scarlet had entertained him in Vegas; Colonel Mustard had been prevented from being in the army because of him; Mrs. White was his housekeeper, forced to eat scrap food; and Mr. Green was part of a joint venture with him.

To prepare for the show, the cast watched “Clue: The Movie,” but decided to stray from the film. Instead, they figured out the core characteristic of their character and built on that.

Senior Anna Rice said the core of her character, Miss Scarlet, was sexy with low standards. For a costume, Rice dressed in a tight red show dress revealing her back and legs. She even colored her hair a brighter red than it was to play along with this theme.

Near the end of the play, Miss Scarlet was announced as the killer.

“Obviously she’s a wicked murderous woman,” sophomore Benjamin Fink joked after the play. He found the musical fun because he was able to solve the mystery before it was announced.

Fink also enjoyed watching acting and singing outside of Concordia.

He encouraged people to get out into the community and see theater there.

This musical, outside the usual theater norm, was big, bold and required unrealistic acting and interaction with the audience.

“That was a good selling point,” Rice said. “It’s a whole different world for an actor to do interactive theater.”

At the end of the play, the audience was struck with a final twist. Miss Scarlet was not the real murderer; she was simply the accomplice. Instead, the real murderer was someone that no one expected–the piano player. After that concluding revelation, many in the audience were left with a good chuckle at this lighthearted play.