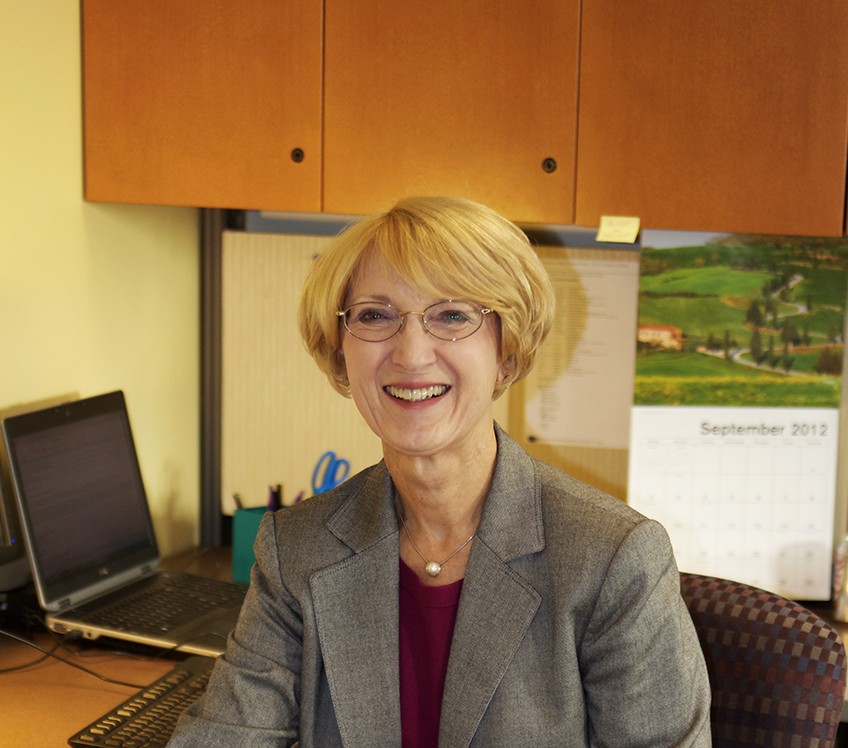 When Sue Oatey began working this summer as the new vice president and dean of student affairs, Concordia College welcomed both an out-of-stater and a Minnesota native to campus.

Born and raised in Rochester, Minn., Oatey has travelled a long way before returning back home. After high school, she went to college at New Mexico State University where she earned both her bachelor’s and master’s degrees in physical education. She had hoped to become a high school physical education teacher. However, her fate took her elsewhere.

Oatey continued on at New Mexico State as a graduate assistant working in recreational sports. She was there for a year and said that she “really grew to like it.”

“My career path at that point had sort of changed,” explained Oatey.

From there she moved to Stephen Austin State University in Nacogdoches, Texas. While there, she started an intermural program.

Oatey spent some time working with the University of Minnesota’s student unions helping them through a transitional period. She also worked with a number of other student affairs offices doing a variety of duties.

At that point it seemed she had moved back to Minnesota to stay. However, Oatey instead moved all the way to Melbourne, Australia, to do a work exchange with a colleague of hers at the Royal Melbourne Institute of Technology.

“[I] just had an extraordinary time,” said Oatey. She worked there for five months before returning to the states.

Then Oatey moved once again, this time to the East coast to Adelphi University in Long Island, New York. There she held a position equivalent to the one she currently holds at Concordia.

In her current position, Oatey works with the Student Affairs Office which then works with various campus and student organizations. These include Residence Life, the Academic Enhancement and Writing Center, the Health Center and orientation groups.

It would be another two moves before Oatey made it back to Minnesota, however. She moved from Adelphi to Point Park University in downtown Pittsburgh.

“We used to joke about the fact that we didn’t have a blade of grass on our campus,” Oatey said. “There were a few trees, but they were planted in planters on the sidewalks.”

After that, she moved to Mount Mercy University in Cedar Rapids, Minn.

“And then I came here,” Oatey said, “and I think I’m going to stay here forever.”

Since starting here, Oatey has been focusing on two main things: discussing plans for implementing President William Craft’s plans for Concordia College and getting to know more about students and the campus.

“We’re doing a lot of discussing these days about how can we take the plan that the president presented a couple of weeks ago and create a strategic plan that sits underneath that,” said Oatley.

They hope to better connect student affairs and faculty members, as well as to improve connections between what students are doing in class and out of class.