Soccer finishes in round of 16 at NCAA Tournament 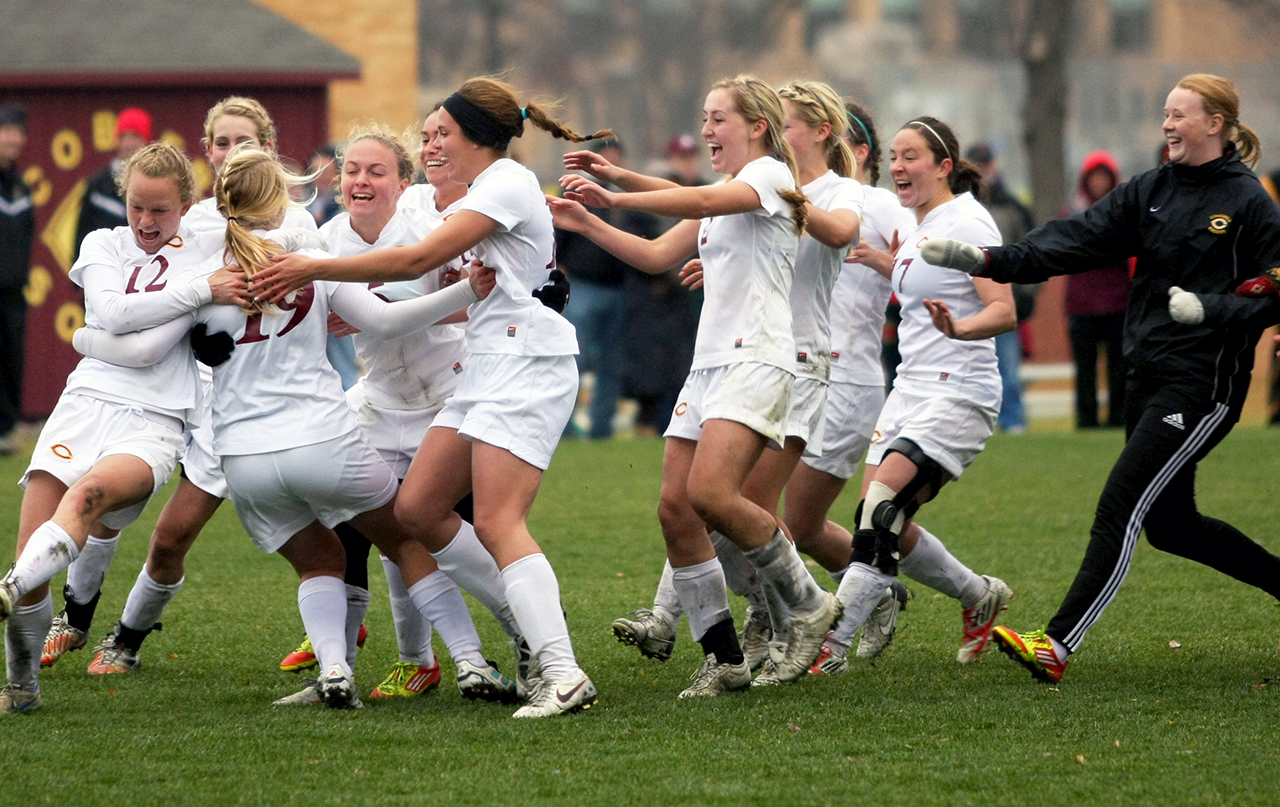 This season marked women’s soccer’s fourth appearance in the round of 16 at the NCAA Division III Tournament. After coming out on top in the first two rounds, the Cobbers lost 2-1 to Washingtong University on Nov. 16.

Senior forward Sarah Rounds said the experience was bittersweet as this is the team’s 6th appearance at nationals in the last seven years, and they were looking to improve on their round of 16 repeat performance.

“That’s why this tournament was such a disappointment,” Rounds said.

She said the team had really felt that they could do better at this season’s tournament, and had the goal of making it at least to the fourth round, known as the Elite Eight.

However, both Sheldon and Rounds said that there was a lot for the team to be proud of about nationals.

“We played through the tournament like we were supposed to be there,” Rounds said.

Head coach Dan Weiler said that the women played impressive games in the first two rounds. Their game against California Lutheran, which was played in driving snow and wind, was particularly memorable, Weiler said.

Of the Washington University game that cost them their seed, Weiler said that the team looked good in the beginning, but faltered as time went on.

“I felt we played really well in the first half and were set to win the game,” Weiler said.

However, he cited Washington’s better overall performance and a questionable foul call in the second half half that led to a penalty kick in Washington’s favor as what tipped the game out of Concordia’s court.

“That’s kind of the way it goes,” Weiler said.

Weiler agreed that this year’s outcome was bittersweet.

“It’s a sad time, but it’s also a time of reflection,” Weiler said, noting that this was the last game for the Cobber women’s ten graduating seniors. “We always gather after (the last game of the season), and I give them a chance to say thank you.”

Rounds and Sheldon said that the game itself will not be all they will miss from their collegiate soccer careers, as the culture of the sport and Concordia’s soccer community is also something they treasure.

“I think we were sadder that it was our last bus trip,” Rounds joked as she talked about the fun the team has on the road.

Weiler said that he keeps the team motivated through one simple tradition.

“The big inticement is that I buy them ice cream (after a win),” Weiler said. He described how, after the Cobbers’ second win at the NCAA Tournament, the team searched for a shop selling ice cream on their road trip back, eventually just having to settle for other snacks.

“Four years of motivating us with ice cream, and it never fails,” Rounds said.

Sheldon and Rounds both said they will miss the atmosphere of the NCAA Tournament.

“Nationals is definitely my favorite time of year,” Rounds said.

“It almost feels like a whole different season,” Sheldon added.

The soccer team receives a budget from the NCAA for travel and lodging during the tournament, and they use it to stay at nice hotels, do activities, and eat  at restuarants.

“When we start flying, that’s when we start feeling like celebrities,” Rounds said, as the team often gets to fly in chartered jets to travel for far-away tournament games.

Rounds, Sheldon and Weiler all said they give credit to the players who aren’t on the starting roster for their consitent, high-level play and their support, particularly from the bench during big games.

“I think our biggest fans are the people who aren’t playing,” Rounds said.